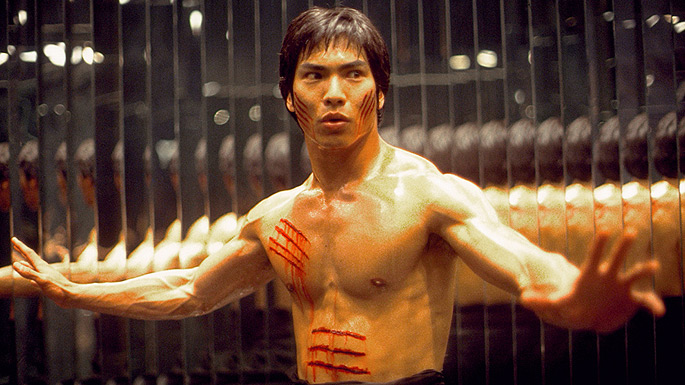 Dragon: The Bruce Lee Story remains in my eyes a fitting tribute to one of the most important martial arts stars of all time. It has great performances, exciting fight scenes, an engaging story and a fantastic music score.

Plot: A lionized account of the life of the martial arts superstar.

Review: I remember completely falling in love with this movie when it first came out and I saw it several times in the cinema. Jason Scott Lee was all set to become the next action star and then… nothing. He had a few roles in movies like Soldier and then practically disappeared, aside from the odd TV role.

I consider this a huge shame as he was fantastic in this movie, which remains one of my all time favourites. It reminds of of something Cung Le said to me recently that even today it’s very hard for Asian actors to get decent leading roles in Hollywood.

Dragon has amazing fight scenes, great performances and one of the best music scores ever. The music actually has several main themes and really creates an epic atmosphere to the story. One piece was used numerous times in trailers in the 90s, most notably for Forrest Gump.

The film goes over the struggles that Bruce Lee had to go through including racism in America; one of the best scenes is when Bruce goes on a date with his future wife Linda (Lauren Holly) to watch Breakfast at Tiffany’s and the Asian stereotypes they used in it. Bruce looks awkward, embarrassed and angry while the rest of the audience laugh. It’s a beautifully executed scene which is heartbreaking at the same time. Apparently it’s not exactly historically accurate with several liberties taken but it didn’t take away from my enjoyment.

Jason Scott Lee is just fantastic in the role as Bruce; he makes him so likable and sympathetic, but also went through some serious matial arts training so he could fight like him. There are plenty of fight scenes and you really get a good look into the life of the man who would become a legend.

Lauren Holly is lovely in the role of Linda, making her instantly likable and really giving meaning to the term “behind every great man is a great woman”.

I love the dreams Bruce has where he’s fighting the huge faceless samurai; it’s essentially death and how it followed him everywhere and would eventually come for him at a young age.

The mystery surrounding his death is not explained and even Linda says at the end “I prefer to remember how he lived”. It is hinted that perhaps it was his own people who did it because he was teaching the Gweilo (foreigners) martial arts.

Overall, Dragon: The Bruce Lee Story remains in my eyes a fitting tribute to one of the most important martial arts stars of all time. It has great performances, exciting fight scenes, an engaging story and a fantastic music score.