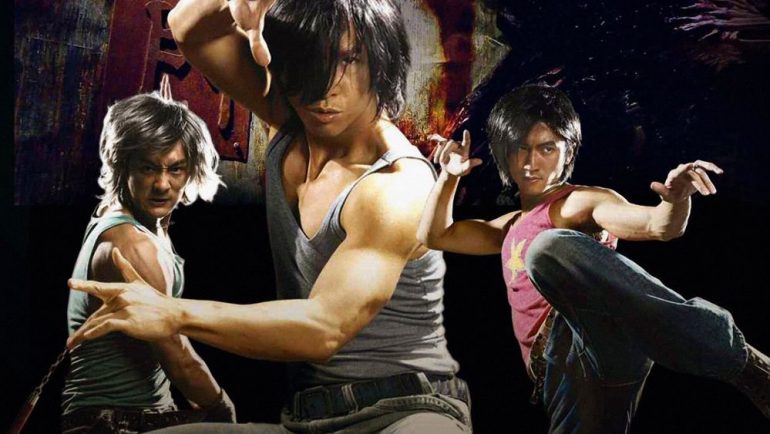 Dragon Tiger Gate is a fun martial arts fantasy with some nicely done fights for the most part but it’s let down by an over use of CG in the finale.

Plot: Half-brothers Dragon (Donnie Yen) and Tiger Wong (Nicholas Tse) are complete strangers. Dragon keeps company with thugs, while Tiger is as straight as an arrow. But their paths converge when Dragon’s crew holds a gangland ceremony at a local restaurant. Tiger, a customer at the eatery, objects, and soon the brothers are duking it out. But, when Tiger and Dragon realize that they were fathered by the same martial arts teacher, they team up for a battle.

Review: Dragon Tiger Gate is one of the most colourful and kinetic action movies you’ll ever see but it’s far from perfect.

Based on the comic it stars Donnie Yen as Dragon and Nicholas Tse as Tiger; two estranged half-brothers who come together after years apart to take down a mutual enemy. One of the most distracting elements of the film were the hairstyles that are obviously done to match the comics but for some reason they pissed me off; I don’t know why, they just did.

The first 20 minutes of this movie really grabbed me with some energetic fight scenes and (as always) Donnie Yen’s battles make it worth watching. The pacing then sags a little in the middle and sadly, it descends into CG nonsense overload for the finale.

It’s also pretty melodramatic but as it’s based on a comic then that’s hardly a major criticism.

It’s hard to dislike a movie that is as fun as this though and Nicholas Tse/Donnie Yen are a likeable in-screen duo. I also really enjoyed Shawn Yue as Turbo; he first comes across as arrogant, thinking he is a master of nunchakus but is quickly humbled by Master Qi. He then becomes a total hero and has some cool action scenes too.

The story wasn’t anything we haven’t seen before and the villain was rather forgettable.

Overall, Dragon Tiger Gate is a fun martial arts fantasy with some nicely done fights for the most part but it’s let down by an over use of CG in the finale which made me tune out.