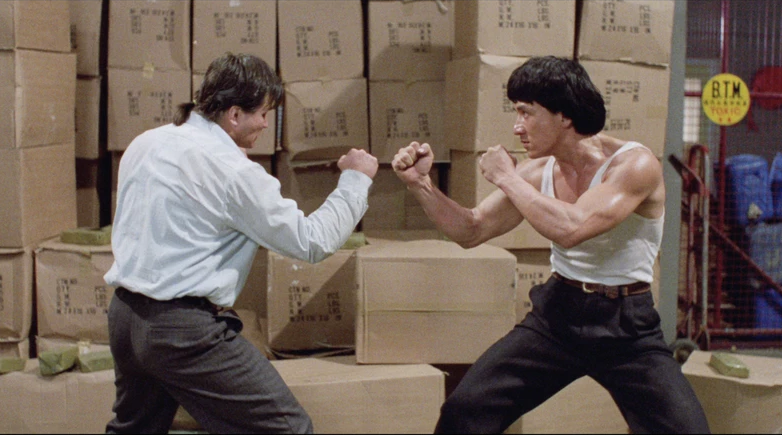 Dragons Forever is even better than ever in this amazingly put together Blu-ray package with multiple versions of the film as well as a plethora of special features making this a must have.

Plot: Hotshot lawyer Jackie Lung (Jackie Chan) is hired to defend the owner of a factory which, unbeknownst to him, is the centre of a clandestine narcotics syndicate. He enlists resourceful acquaintances Wong Fei-Hung (Sammo Hung) and Dung Dak-Biu (Yuen Biao) to assist in the case, but loyalties begin to falter when romance blossoms between both sides.

I recently got the 88 Films Blu-ray of Dragons Forever and it really is the definitive edition loaded with special features including multiple versions of the film. The Japanese cut (or Cyclone Z as it’s also known) is my personal favourite as it reincorporates some deleted scenes featuring Yuen Biao’s slightly crazy but still lovable Dung Dak-Biu. It’s only two extra scenes but it gives him more characterization as we find out he is seeing a psychiatrist who suggests what he really needs is to talk to his friends to get over his existential crisis.

Jackie Chan plays lawyer Jackie Lung who considers himself quite the ladies’ man and ends up falling for a lawyer on the opposing side. Sammo Hung directs but also stars as Jackie’s friend Wong Fei-Hung who also falls for a woman he is meant to be spying on as they all try to take down a local gangster who is running a drug ring through a chemical plant.

The main villain is Hua Hsien-Wu (Wah Yuen) who smokes a cigar the entire runtime and even during the climactic showdown he is twirling the cigar like it’s keeping him alive. He is a nasty piece of work making for a solid antagonist.

Bloodsport’s Roy Chiao shows up as the likeable Judge Lo Chung-Wai who takes Jackie’s side when he asks his lady in court if she loves him.

There isn’t much in terms of story and frankly anything outside of the action scenes doesn’t really matter as it’s just an excuse for these three martial arts legends to show off their onscreen chemistry together as well as their incredible physical prowess and comedic chops.

It’s the final 20 minutes which make this movie as entertaining as it is with a final battle at the factory giving us some jaw dropping fights and stunts that still wow to this day. Benny “The Jet” Urquidez appears for the climactic fight with Jackie Chan and doesn’t disappoint as they kick and punch each other through shelves, glass and more in arguably the film’s best fight scene.

The short documentary The Legacy of Dragons Forever includes interviews with the likes of Ross Boyask, Mark Strange and many more filmmakers and actors who have been greatly influenced by this movie. We also get interviews with Hong Kong Cinema Expert Mike Leeder who talks about his first viewing of this film back in the 80’s on VHS but still fell in love with it straight away; he also provides a commentary for the movie.

You can check out the full list of special features below: 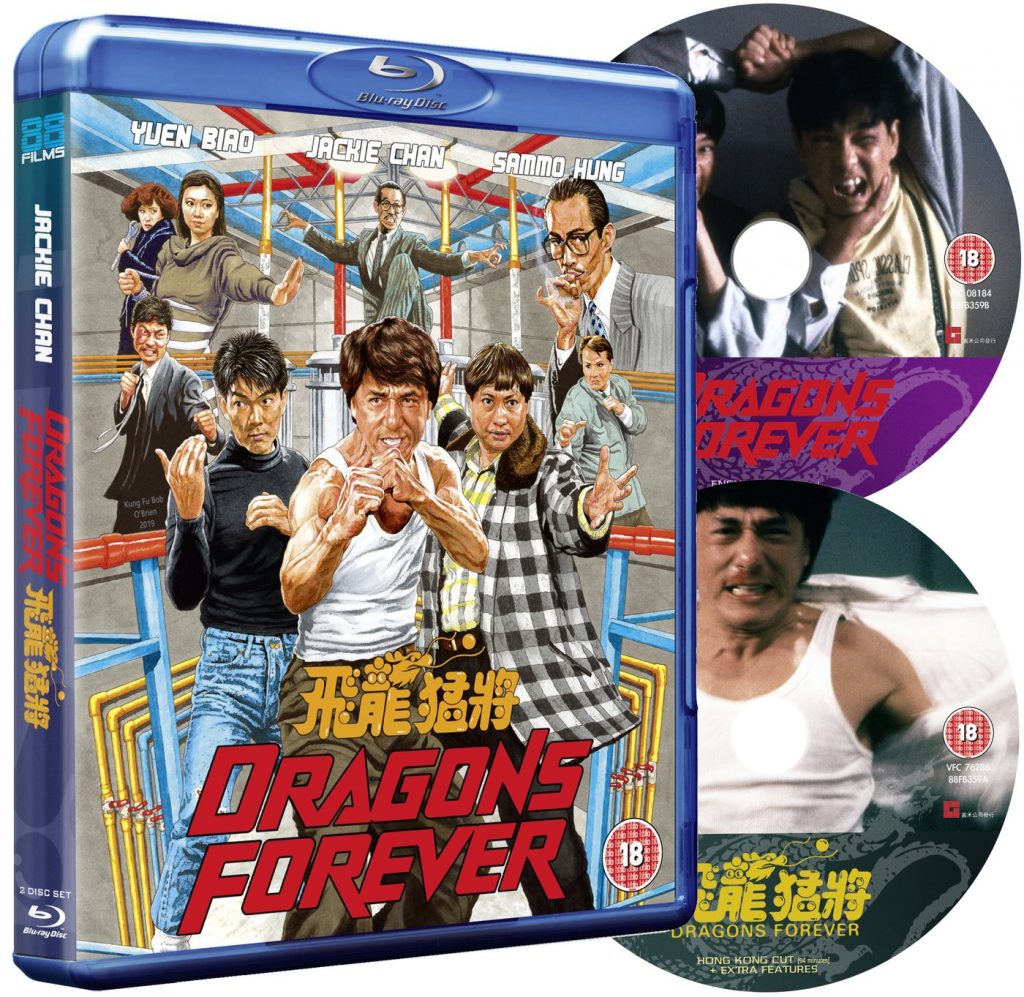 Overall, 88 Films knocked it out of the part with this release of Dragons Forever which has never looked or sounded better having been wonderfully remastered and the special features will entertain for many hours. The film itself has its flaws but the fight scenes are still incredible and how can you not love seeing Sammo Hung, Jackie Chan and Yuen Biao taking out the trash together one last time?