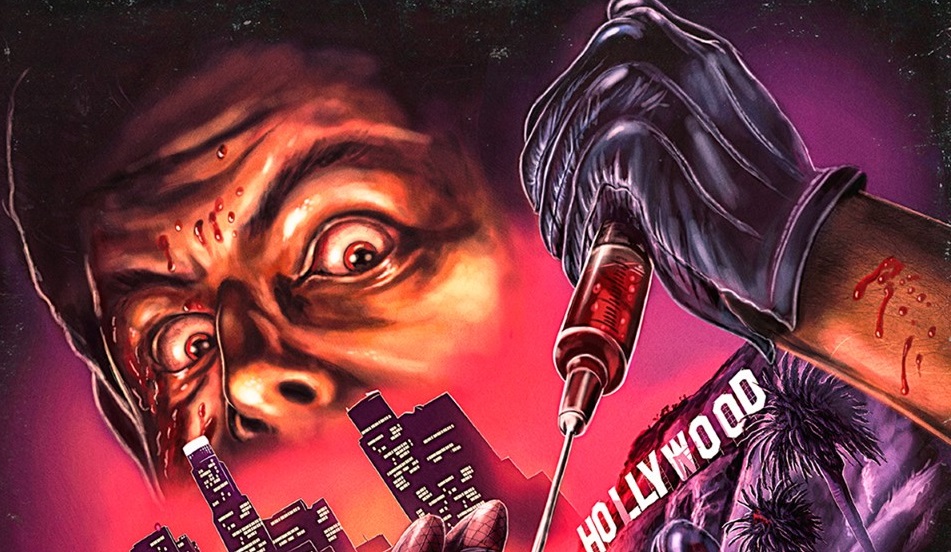 LA Aids Jabber, which is a Wild Eye release on their new boutique label, Visual Vengeance is a “very controversial” flick that “is a snapshot and a freeze frame of the late 1980s, early 1990s in Los Angeles at a time when the world was in the grip of this terrible epidemic by the name of AIDS it took a lot of lives”, explains director Drew Godderis .

“The movie is packed with action, intrigue, unforeseen twists and turns… and a rather surprising ending…. plus, additional bonus material about the making of this high concept low budget film” can be found on the new collector’s edition Blu-ray.

When and where did you hatch the idea of the movie?

It was in Los Angeles 1988, I was doing pretty well in the acting profession, when my wife suddenly became ill and 6 weeks later passed away… unfortunately I was left with a two-year-old son to raise by myself and I decided that I couldn’t be traveling anymore for the acting and  that I had to get out of that business, to enable me to raise my son and keep him with me at all times, as I had no immediate family nearby that could watch him.. I was thinking how I could realistically get out of the acting business which I really loved and stay somehow on the periphery of the entertainment industry. So I knew I loved writing and that I could do that, I also knew how to write a screenplay and had been on numerable movie sets to know how the basic things work and realized that if your intelligent enough and you utilize other people with their skills that know what they’re doing and are willing to collaborate,  that you could pull something off in so far as making a movie…I was working odd jobs and jobs specifically that would allow me to take my son with me as he was not yet of  school age.

One of the jobs was as a night dispatcher for a towing company…. I would work the night shift and  my son Justin would be sleeping on a little cot or futon next to me … .So I started every day to take a little bit of time I went to a particular coffee shop each day with my 2-year-old in tow he usually ended up playing with a couple of toys at the table next to me as I begin to formulate part of a scene, so after a few months of doing this daily regimen, I was able to come up with a workable script that I felt would be controversial, and one that might have people saying ….what the hell  is an “LA Aids Jabber”   I came up with a concept where a   a young man who thru a tainted  blood transfusion was infected with the virus that the duck and had nothing to do had nothing to do with him being gay or lesbian which was what the media was always pointing the finger at back then. I knew you could also pick up AIDS through unprotected heterosexual sex and also through blood transfusions so I decided to write the story about this young man who picks up the virus through a blood transfusion and… there were no meds back in the day that would keep it in remission or cure it, so effectively it was a death sentence. So in the course of the movie we follow this young man who starts to lose it mentally and he says if I’m going to die I’m going to take a few people with me that I don’t like… then proceeds to create a hit list of people and systematically I’m going to take a number of people with me. He withdraws his tainted blood with a needle syringe and begins to stick people with his tainted blood. The police get on the case but they have a hard time putting two and two together they eventually determine who this guy is I get a lead on him and when they confront him and finally they Corner him, instead of surrendering he charges them with the needle, and they shoot him…. and we find out in the end of the movie… he never had AIDS at all it was a misdiagnosis by the lab they screwed up with all misdiagnosis that he never had AIDS at all.

I was interested in somehow staying in the entertainment business while raising my son which is what I considered to be most important in my life, and hoping that at some point in time I could get back into the entertainment world on a full-time basis, and by some luck I was able to get the idea of this movie out there and make something successful of it because of its controversial nature I could make a few dollars and continue two raise my son at the same time,  but of course that didn’t happen as the movie ended up having a very short lived self-distribution  by me with a release release on home video… initially I had a 16mm film camera …I was shooting it with  the hopes of eventually putting it out in theaters but  the film camera broke down early into production and I had no money to fix it, so I had the option to either continue shooting in video until the movie was complete or just scrap the idea so I opted to shoot on video which limited the venues for me to release it like HBO who were definitely not going to take something like this… or home video … which I knew there would be a reasonable opportunity to make sales … the end result is so it had a very short release on video and now thanks to Wild Eye Releasing/ Visual Vengeance , wild eye’s newly created Boutique video releasing format,  it is being re-released in  its new and improved form with tremendous amount of  additional behind the scenes bonus material. 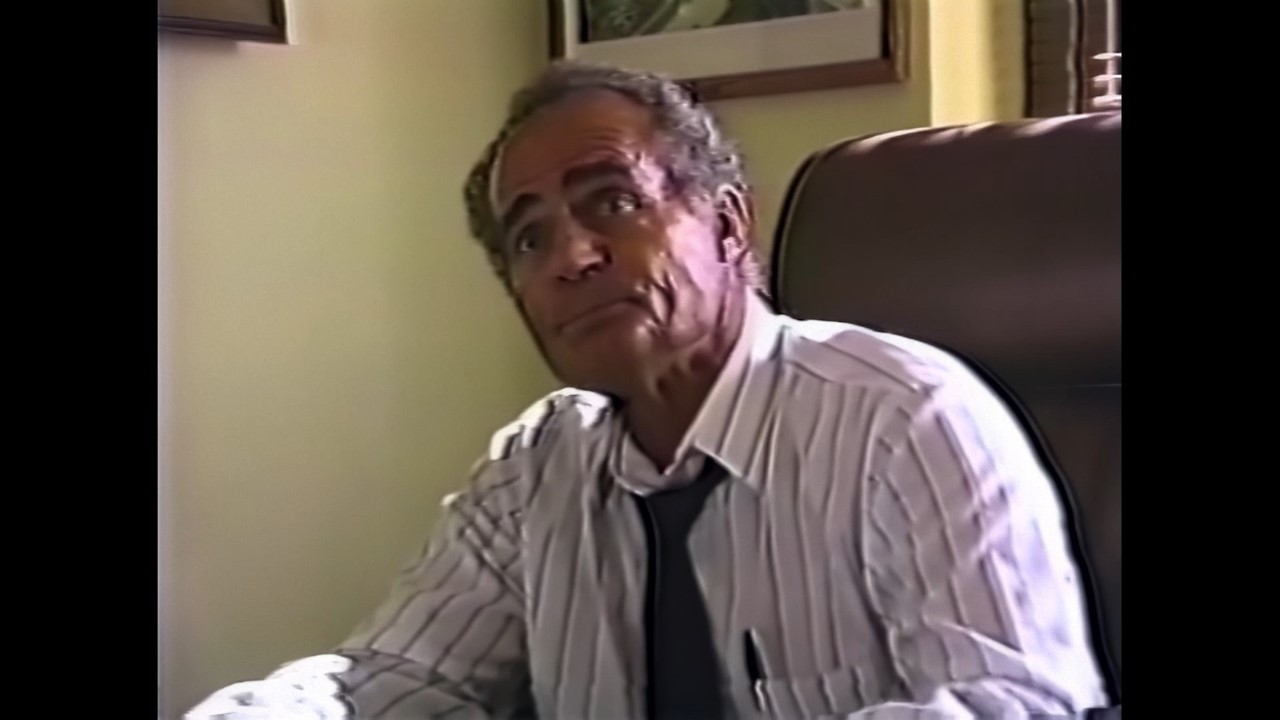 Not in a significant way, except for a couple of small changes… the idea remained fairly solid as I was shooting it was very very low budget, so I had basically mapped out all the locations times etc where filming had to be done.. there is one significant change that happened mid movie which I go into in more detail in the bonus DVD material. It was an situation where an actor had to be replaced mid movie because of some scheduling concerns it kind of put me in an interesting conundrum where I had to come up quickly with an idea to replace this actor and seamlessly and believably continue with filming.. that was quite a challenge which I describe in greater detail in the bonus section of the movie.

Would there be anything I would go back and change about the movie now if I could?

well in all honesty yes. I don’t think there’s a filmmaker alive or dead who wouldn’t find ways that he can improve a product that he’s putting out in the world. I suppose I would have and happier shooting this movie on film all the way through.  but for unforeseen circumstances that didn’t happen if I’d had a bigger budget I could have maybe got some name players IE actors… but beyond that I’m quite satisfied with the end result for what I had to work with and I think the big takeaway here is I touched on a subject that was kind of taboo back in the day especially for making movies …there were people since who have come out with AIDS types of movies but nothing along the lines of what I did I have to thank Rob Hauschild  at Wild Eye Releasing for the opportunity of re-releasing this movie because it really is a one-off Time Capsule of what was going on during that time. He and his team have taken great care to make us the best possible product

Did anyone refuse to take apart in the movie that i offered to them?

Never had that problem with that, you see the actors I was using were non-union actors …a lot of them were starting out and when you’re a struggling actor you basically take what comes your way because you want exposure. But in this case everybody was fascinated about the subject matter and realized it was kind of groundbreaking… so everyone was more than delighted to take the  parts I offered… 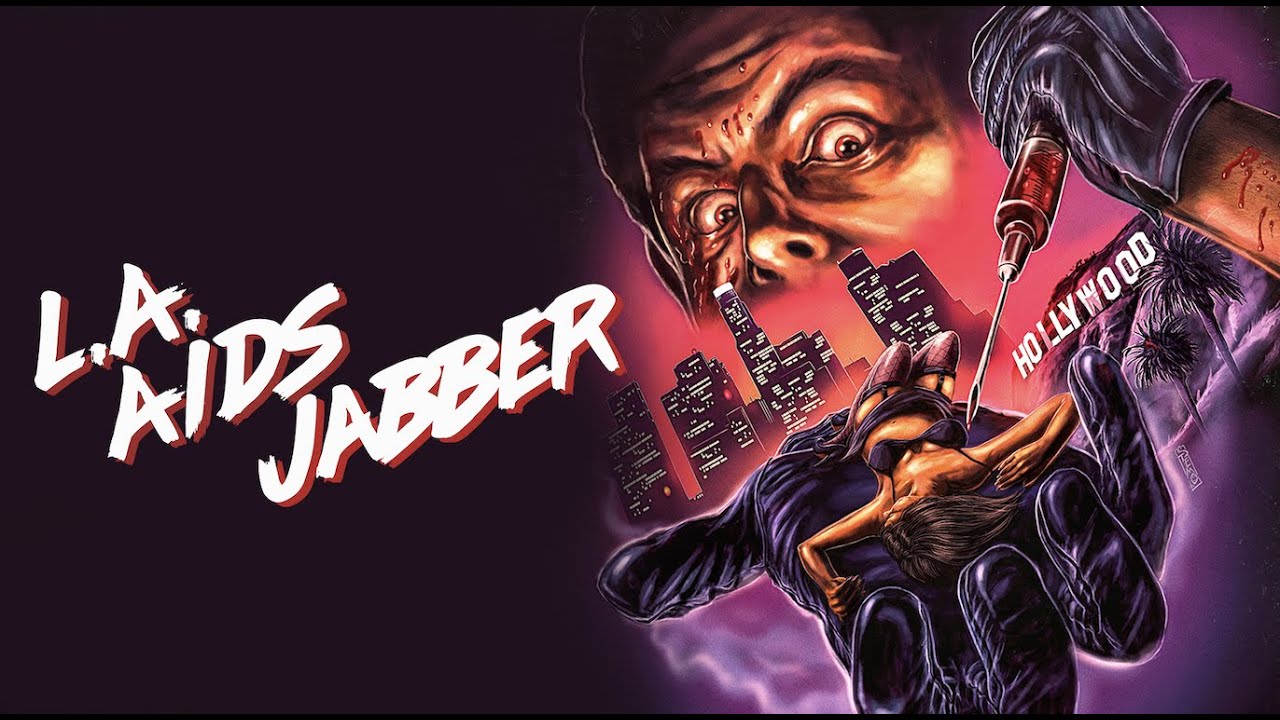 How was the feedback from the critics back then?

Well since the movie was shot on video and released exclusively to Home video stores by myself I guess the only critics would be the people that rented the movie from the stores or the store owners, and I never heard anything uncomplimentary about people’s viewing experience…. what’s great about this re- release is there is a huge amount of back-end material or bonus material where I go into a lot of these different details the backstory how the movie got made all the little things that happened the mishaps the scenes it almost didn’t get made interviews with the actors Etc so I encourage everybody to pick up a copy because this is indeed a time capsule of a horrific time with a terrible pandemic that claimed lots of lives.

What’s the possibility of a follow-up film?

Well, that is an excellent and very perceptive question. Because of the surprise twist ending of this first movie, there is a possible sequel being considered that could further continue the story …stay tuned for that.

In conclusion I’d like to say that I hope everybody that reads this interview will go out and purchase a copy of this for your collection it’s something well worth having it is a real historic snapshot of what it was like during the AIDS epidemic back in the late 1980s early 1990s and the fear and panic that gripped the populace, thank you.