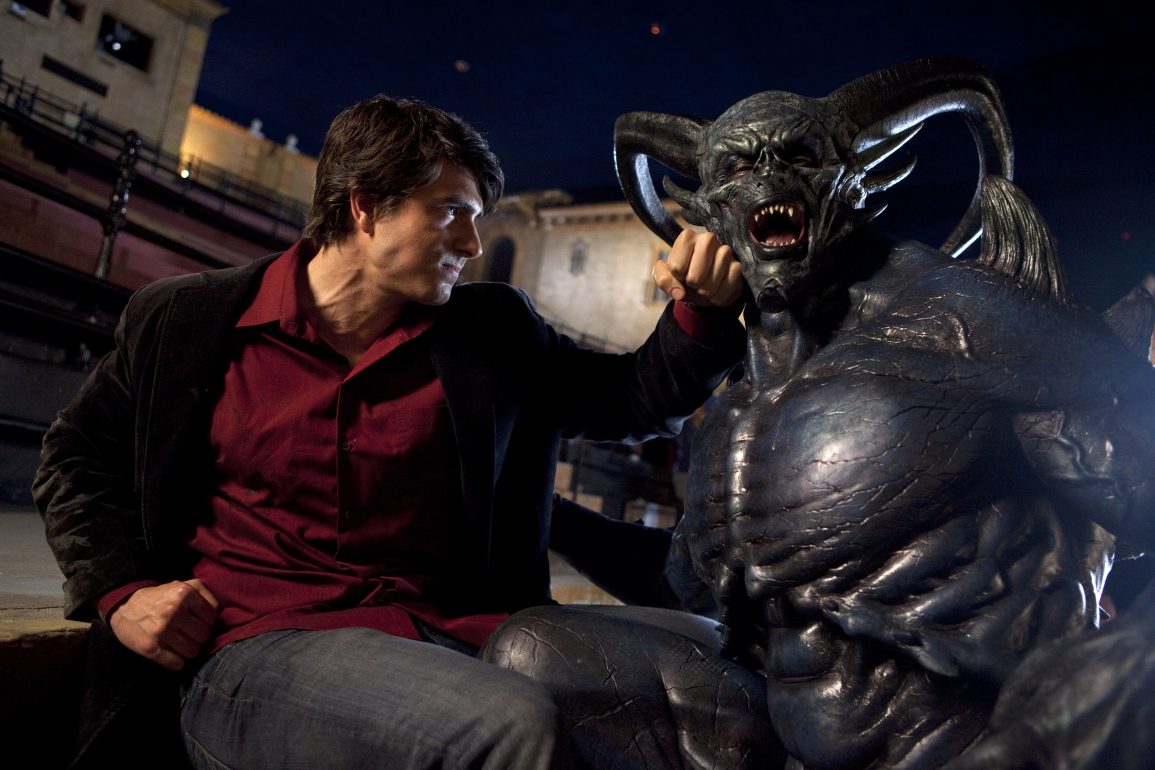 Dylan Dog: Dead of Night is forgettable Saturday night fare but the cast are all enjoying themselves and it’s got a pretty decent script with some quality action, so it’s worth watching with a few beers.

Plot: Dylan Dog (Brandon Routh) is a world-famous private detective who specializes in the affairs of the walking dead. Armed with silver, wooden bullets and a razor-sharp wit, Dylan works his latest case: Tracking down a dangerous missing artifact. If he fails, the results will be dire; war will break out among the werewolves, vampires and zombies who prowl the monster-infested streets of New Orleans.

Review: I remember when this movie came out it got savaged by the critics and made little impact with audiences, which I think is a shame because it’s actually quite awesome.

I’ve always been a fan of Brandon Routh; he has one of the most sympathetic everyman on-screen personas I’ve seen in recent years and is immediately likeable as our hero Dylan, a former monster hunter who has since retired after his wife was murdered.

When some mysterious murders drag him back into the business again he teams up with his zombie sidekick Marcus (Sam Huntington) to find the culprit.

It’s fun to see Superman and Jimmy Olsen team up together on-screen again and they have a real rapport which jumps off the screen. They are clearly friends in real life so it makes their relationship in the movie more believable.

It’s nothing we haven’t seen before and reminds me of several other movies but our two leads have some fun witty banter which keeps things jaunty and well-paced. It could have had some better dialogue and wasn’t as funny as it maybe could have been but it’s still entertaining. I feel like it would benefit from a Netflix TV series with a monster of the week vibe which I would love to watch.

The score really stood out to me with some cool twanging guitars which fit nicely with the New Orleans vibe; there are also some nice choral cues during the action scenes giving it a Gothic atmosphere.

Taye Diggs looked like he was having fun as the villainous head vampire who may or may not be behind everything; he plays smug very well and is always an entertaining bad guy.

There were some entertaining fight scenes and surprisingly good special effects; a perfect mixture of practical and CGI which worked well for a movie with this budget.

Overall, Dylan Dog: Dead of Night is forgettable Saturday night fare but the cast are all enjoying themselves and it’s got a pretty decent script with some quality action, so it’s worth watching with a few beers.