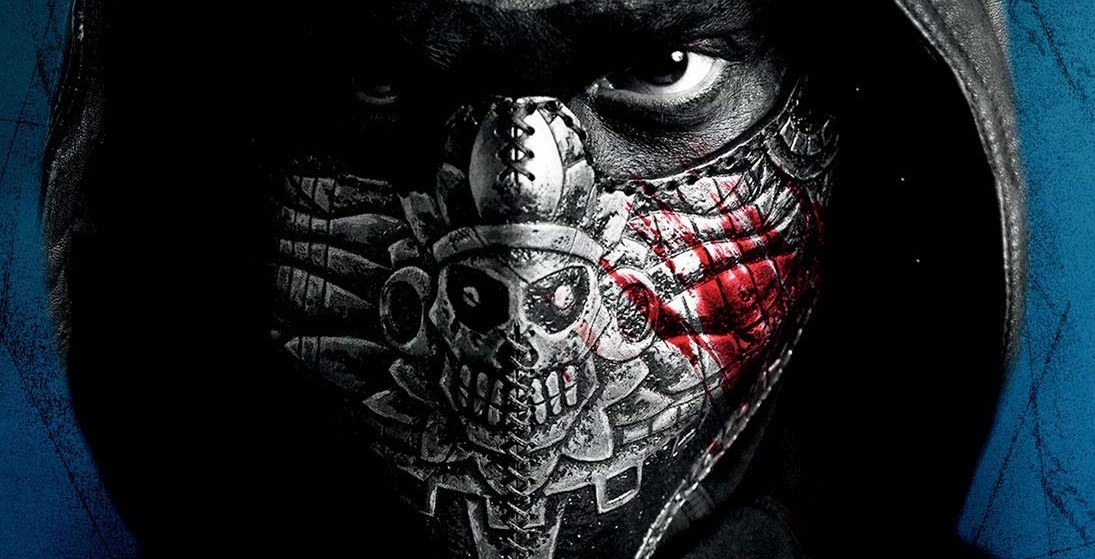 El Chicano isn’t as action packed as it maybe could have been and takes a while to get going but I would love to see a sequel as the characters were interesting and El Chicano himself is a cool anti-hero.

Plot: When LAPD Detective Diego Hernandez is assigned a career-making case investigating a vicious cartel, he uncovers links to his brother’s supposed suicide and a turf battle that’s about to swallow his neighborhood. Torn between playing by the book and seeking justice, he resurrects the masked street legend El Chicano. Now, out to take down his childhood buddy turned gang boss, he sets off a bloody war to defend his city and avenge his brother’s murder.

Review: El Chicano is finally released on digital today and I’d be lying if I said it wasn’t one of my most anticipated movies from this year; it promised a new badass similar to The Punisher and Batman combined.

I suppose it was inevitable that I found the movie a little disappointing mostly because how slow it was in the first half. It’s essentially an origin story with Raúl Castillo playing a cop called Diego investigating a case which may be connected to his bother’s death. Castillo eventually becomes the masked vigilante known as El Chicano to take down a local criminal element but it takes a long time to get there and when the action comes it doesn’t last long enough. The action is done practically though so there are some impressive chases and the final fight is satisfyingly brutal but I was always left wanting more.

It’s a little too darkly lit at times so it’s difficult to see what’s going on although the climactic 20 minutes makes up for the rest of the film’s shortcomings. I feel like now that the boring origin story is out of the way we could have a sequel where El Chicano goes full on Frank Castle on local bad guys but as the box office to the first film was rather anemic then a sequel is unlikely. It could work as a TV series on Netflix or AMC as long as it keeps things gritty and violent.

I loved the characters and would like to spend more time with them and although the pacing is rather slow we do get to really know Diego and he’s brooding, believably tough and still very human. El Chicano looks cool too with an awesome outfit and motorbike which I would have liked to see used more often.

It had a suitably heroic music score which was very Batman-esque but we also got some hip hop tunes which worked perfectly in creating the mood.

Overall, it takes a while to get where it’s going and is a little too darkly lit at times but El Chicano is a new badass hero I want to see more of and the final 20 minutes are nearly worth the build up.