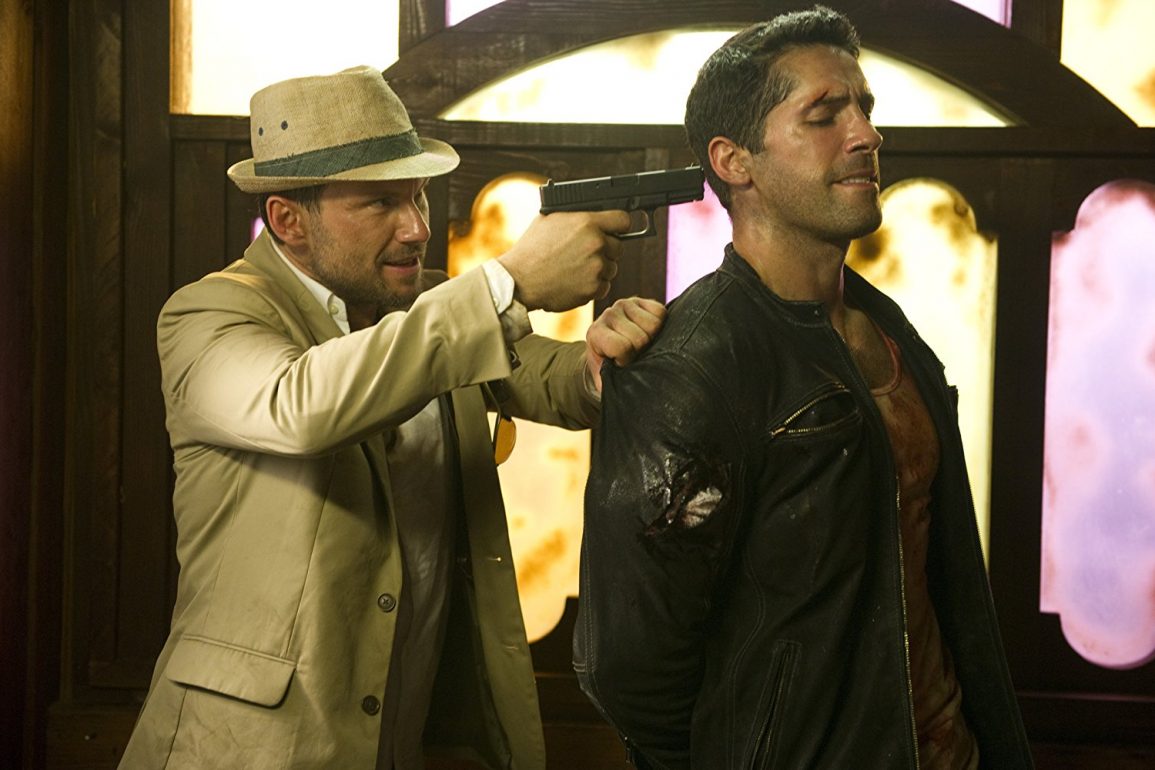 El Gringo is a kick-ass ride and proves that R-rated action is still very much alive.

Plot: A man (Scott Adkins) crossing into Mexico with a satchel of $2,000,000, and a bloody past, finds himself under sudden attack in the sleepy town of El Fronteras.

Review: Today I finally got to see El Gringo starring Scott Adkins and Yvette Yates, thanks to iTunes; for a while there I thought I’d have to wait for DVD.

Was it worth the wait? I’m pleased to say, yes; Adkins once again proves not only his martial arts prowess, but his ability to play very different characters in every film.

El Gringo is his best role since Boyka and the biggest surprise is how funny it is, especially in the first half. It has this almost manic sense of humour and some nice running jokes “Acapulco, are you going on spring break?” It very much reminded me of Desperado and that kind of black humour, which I love.

There are some great fight scenes as well and one in particular stands out where El Gringo takes on an entire gang in the streets; Adkins beats, shoots and explodes his way through the entire gang and is refreshingly ruthless.

The film is well paced and the character driven scenes are interesting rather than slowing the plot down.

The supporting cast are also at the top of their game; Christian Slater plays West, a cop on the tail of El Gringo, but he also has a secret of his own.

Yvette Yates’ character Anna isn’t a damsel in distress and is every bit El Gringo’s equal.

One of my favourite things about the film was the score; it was almost Ry Cooder-esque with some cool Hispanic guitar. If the score becomes available, it will find its way into my collection.

El Gringo was nicely shot with some spectacular cinematography; I watched it in HD so the image was crystal clear.

Flaws? I was a little let down that El Gringo didn’t get to have a big final punch up with Culebra but it still had a satisfying finale.

Hopefully this and Expendables 2 make Scott Adkins a household name because he surely deserves it by now.

Overall, El Gringo is a kick-ass ride and proves that R-rated action is still very much alive.