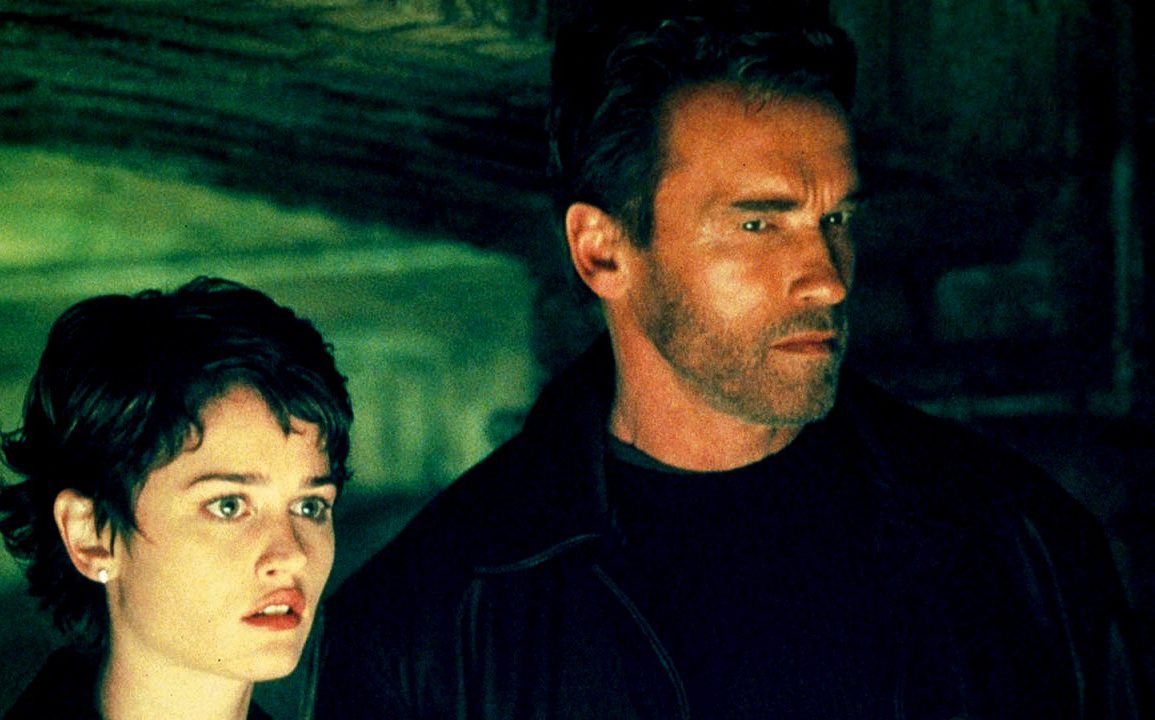 End of Days is one of Arnie’s more underappreciated efforts and Gabriel Byrne is suitably menacing as Lucifer; it’s something a little different for the Austrian Oak and definitely deserves a bigger audience.

Plot: At the end of the century, Satan visits New York in search of a bride. It’s up to an ex-cop (Arnold Schwarzenegger) who now runs an elite security outfit to stop him.

Review: I’ve always loved supernatural thrillers so when I heard that Arnold Schwarzenegger was going to be fighting Satan, I thought “Bring it on!”

End of Days deals with such themes as guilt and self-sacrifice which is not what we’re used to from an Arnie movie. It’s a more serious film and maybe that’s why people tend not to like it as much as his older movies, but I really liked that aspect.

Schwarzenegger actually tries to act in it and rather than making the usual heroic entrance, we first see him with a gun in his mouth about to kill himself. Riddled with guilt over the death of his wife and child, he’s lost the will to live.

This is not the invincible Arnie we’re used to and that’s why I love it; he’s trying something different and for the most part it works well. Although there aren’t constant one-liners we do get a few and his “choir boy” speech remains a classic.

I think Gabriel Byrne owns the movie as The Devil and he just has a lot of fun in the role. Robin Tunney is very likable as Christine York (Satan’s chosen bride) and you really sympathize with the (literal) Hell she is going through.

John Debney provides one of his all-time greatest scores which is a combination of action/horror and works in providing a tense and creepy atmosphere to the film. It’s been used in countless trailers since as well.

In terms of action scenes, I have to say that my favourite is the helicopter chase at the beginning; it’s well executed and exciting, which shouldn’t be surprising as it’s directed by Peter Hyams; the man behind Sudden Death, one of my all-time favourite JCVD films. The action isn’t massive in terms of scale so this isn’t like Commando or Predator, but it’s definitely a lower key type of Arnold movie.

The finale is satisfying with great visuals provided by Stan Winston Studios. It does have a more downbeat ending than most Arnie movies so that may be off-putting for some, but I thought it was ballsy and made a lot of sense considering the subject matter.

Overall, End of Days is one of Arnie’s forgotten gems and I think it deserves more love.