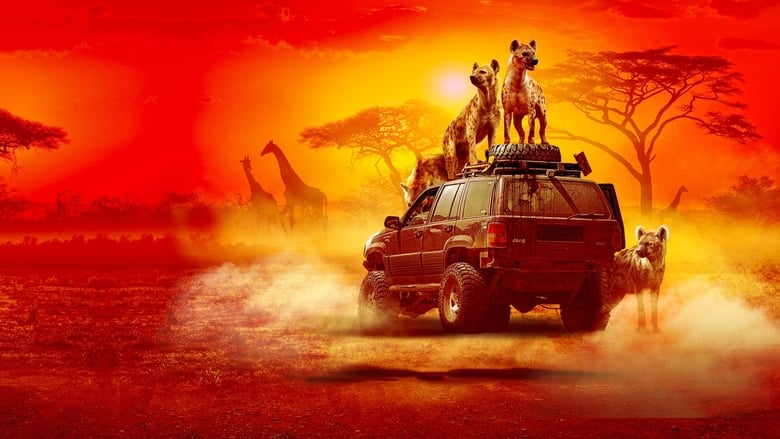 Endangered Species could have worked if the characters weren’t so insufferable but when you want the hyenas to eat them all then that’s a bit of a problem. It looks slick and the message behind it is a good one but there’s not enough here to be worth your precious time on.

Plot: Jack Halsey takes his wife, their adult kids, and a friend for a dream vacation in Kenya. But as they venture off alone into a wilderness park, their safari van is flipped over by an angry rhino, leaving them injured and desperate.

Review: I’d been wanting to watch this for a few months and finally sat down for a viewing at the weekend. Endangered Species was intriguing for me because I wrote a similar script a few years back set in Africa… mine was garbage but this has reinvigorated me to go back to it and possibly rejig it into Hard Target 3…

Anyway, I love movies set in Africa mostly due to the stunning landscapes and wildlife; it obviously has a darkside due to things like poaching which is explored here.

The cast includes Strike Back’s Philip Winchester as Jack Halsey with Rebecca Romijn playing his wife Lauren. They have taken their kids on a safari holiday to Africa but things quickly go awry after they are attacked by a Rhino and trapped in the middle of nowhere. The family is dysfunctional with everyone being obnoxious to each other which prevents us rooting for literally anyone. Things go from bad to worse when they are “rescued” by a group of poachers led by Jerry O’Connell; will they work together to escape certain death? Who cares! They’re all annoying!

In fairness the performances are decent with Philip Winchester playing the total opposite of Stonebridge (his character in Strike Back) proving that he’s a versatile actor who should be in more movies.

Endangered Species takes too long before anything exciting happens and it’s a problem when you are rooting for the animals so that they will eat the family to shut them up.

The only sympathetic character is Rebecca Romijn who inconveniently for the family has diabetes which of course causes problems later when they are trapped.

There are so many dumb character decisions that I wanted to grab the poachers’ guns and shoot the family myself. The daughter Zoe was especially hideous and I was (spoiler alert) disappointed to see her survive to the end credits when she deserved a violent death the most.

The animals are for the most part well done and it’s only occasionally when there’s noticeable CGI but there is one particularly jump scare which really worked for me.

The film at least looks slick and the actors give it their best but you need to make them at least slightly sympathetic to be fully engaged in the story.

The script I wrote was about ivory poaching but it’s hard to write something about this subject matter without it coming across as preachy which this one does a little too much. That’s one of the reasons I gave up on mine…

Overall, Endangered Species has a few entertaining moments and it means well but the characters are horrible with no one to root for and it’s filled with so many clichés that it’s hard to stay invested.