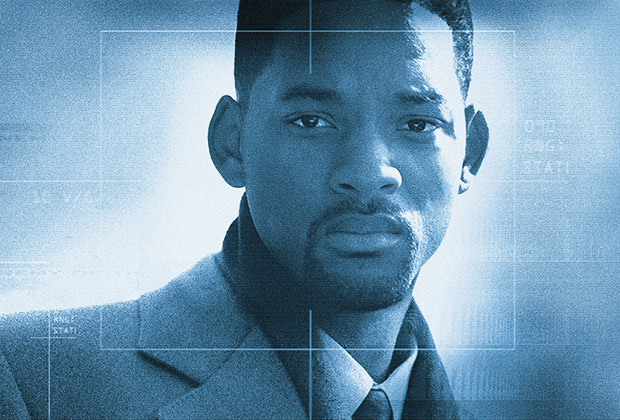 Enemy of the State still feels a little under appreciated as nobody ever seems to talk about it but Will Smith has rarely been better and it manages to be exciting and scary making you feel uneasy about whether the government can truly be trusted.

Plot: Corrupt National Security Agency official Thomas Reynolds (Jon Voight) has a congressman assassinated to assure the passage of expansive new surveillance legislation. When a videotape of the murder ends up in the hands of Robert Clayton Dean (Will Smith), a labor lawyer and dedicated family man, he is framed for murder. With the help of ex-intelligence agent Edward “Brill” Lyle (Gene Hackman), Dean attempts to throw Reynolds off his trail and prove his innocence.

Review: This is a movie that has basically been completely forgotten about, which is a damn shame as it’s the best film Will Smith has done. Directed by Tony Scott and with a cast that includes Gene Hackman, Tom Sizemore, Jon Voight and Gabriel Byrne it certainly requires more love.

Will Smith plays an attorney who is unwittingly given a video tying a National Security Agency official to a political murder; he finds himself targeted by the deadliest computer nerds in the business.

Will Smith doesn’t play an all out good guy either; his character Robert Clayton Dean is a man with a past which comes back to haunt him and nearly destroys his life.

Enemy of the State is an exciting, adrenaline-pumping thriller and the action scenes are directed frenetically by Tony Scott. Although his style has been more distracting recently, it works very well for this film and just amps up the tension.

The supporting cast are at the top of their game; any film starring the legendary Gene Hackman is already first class because he is one of the greatest actors of all time. I really miss him from movies and wish he’d come out of retirement for one last gig. Jon Voight is also excellent as the National Security official desperately trying to save his own ass. It all leads up to a super tense and satisfying conclusion.

The use of technology in this film is ingenious but also terrifying; I’ll never go to the bathroom comfortably again.

Flaws? The film is a little long and could maybe have cut a bit off the running time but you’re never bored; there’s enough action and violence to keep us action junkies happy.

Enemy of the State was released whenever Jerry Bruckheimer was at his best; when seeing his logo before a film/trailer generated excitement because you knew you were going to get a classy and well made action thriller. I miss that Jerry Bruckheimer and now it’s usually his name before Disney/Pirate movies. Come on Jerry, give us some kick ass movies again!

Overall, Enemy of the State is one of my favourite Tony Scott films and really deserves more attention as it has an incredible cast and innovative set-pieces.