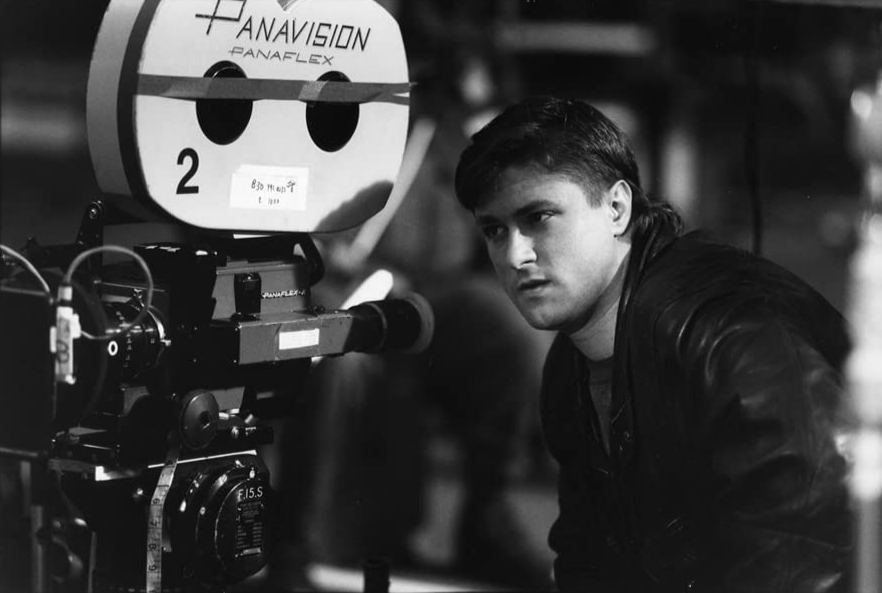 Eric Red is an author, screenwriter and director, known for writing the horror films The Hitcher and Near Dark, as well as writing and directing Cohen and Tate. He has also written several novels and his latest entitled Stopping Power is like Speed meets Die Hard.

He stopped by The Action Elite to talk about creating the novel.

Your latest novel Stopping Power is a rollercoaster ride; how did the initial idea come about?

One day on TV saw news coverage of one of Los Angeles’ high-speed police chases and wondered what if the criminal wasn’t really in the car? It gave me an idea for a story where a bank robber carjacked a parent and child and switched cars with them, blackmailing the parent to drive the getaway car as a decoy for the police while the bank robber made their escape. The only thing that would motivate a normal mother to do this would the bank robber kidnapping their kid. The poor parent would face an impossible situation escaping the police while at the same time having to somehow catch up with and apprehend the kidnapper to save their child’s life…and she’s all alone, because nobody believes her, everybody thinks she’s a bank robber. For me, an ordinary person in an extraordinary situation is the foundation of the best thrillers, something that could happen to any of us, happening to somebody just like us.

What kind of research did you do, and how long do you spend researching?

Stopping Power is a lean mean “three-hander” revolving around a trio of people in two separate vehicles, so beyond researching Texas law enforcement and German criminal underworld to get those details correct, not much technical research was required for this one. I’d already directed a movie in Houston and written a script while staying in Berlin, and knew both cities well enough to use them as settings. For all the German dialogue in Stopping Power, fortunately my publisher speaks fluent German and did the translation.

But psychological research there was plenty, figuring out the inner workings of the characters. Talked a lot to my wife and close women friends asking questions about how they thought they would respond to and deal with this or that exact situation in the book if it happened to them. Not surprisingly, it was often different than the way men would. Women think differently from men and handle situations differently. Venus and Mars.

The novel has a Speed and Die Hard vibe…we’ve all seen this race-against-time mano-a-mano confrontation played out with men with the familiar bad-ass funny machismo banter and rapport between hero and villain over a phone or walkie-talkie. That’s a situation built into the Stopping Power concept where cell phones are the only way that the mother and kidnapper can communicate because they are in two different cars for most of the book. But I’d never seen this kind of story done before with women and believed it could be more emotionally intense and interesting if it was a mother whose daughter was kidnapped by a female bank robber. There’s something just so evil about one woman kidnapping another woman’s kid with murderous intent, making the conflict between the mother and kidnapper completely primal and visceral. We root for the mom to nail the bank robber in the worst way. And women would deal with each other in this scenario differently than, say, Bruce Willis and Alan Rickman did. For your average mother, in my view, there would be none of the macho posturing and pride guys have and she would be all about doing what she had to do for her child, handling a lady kidnapper very carefully indeed. And women are often more manipulative than men, so the psychological emotional manipulation between heroine and villainess is heightened. All this stuff interested me as an author. I hadn’t seen it before. Stopping Power doesn’t reinvent the wheel, but does rotate the tires. 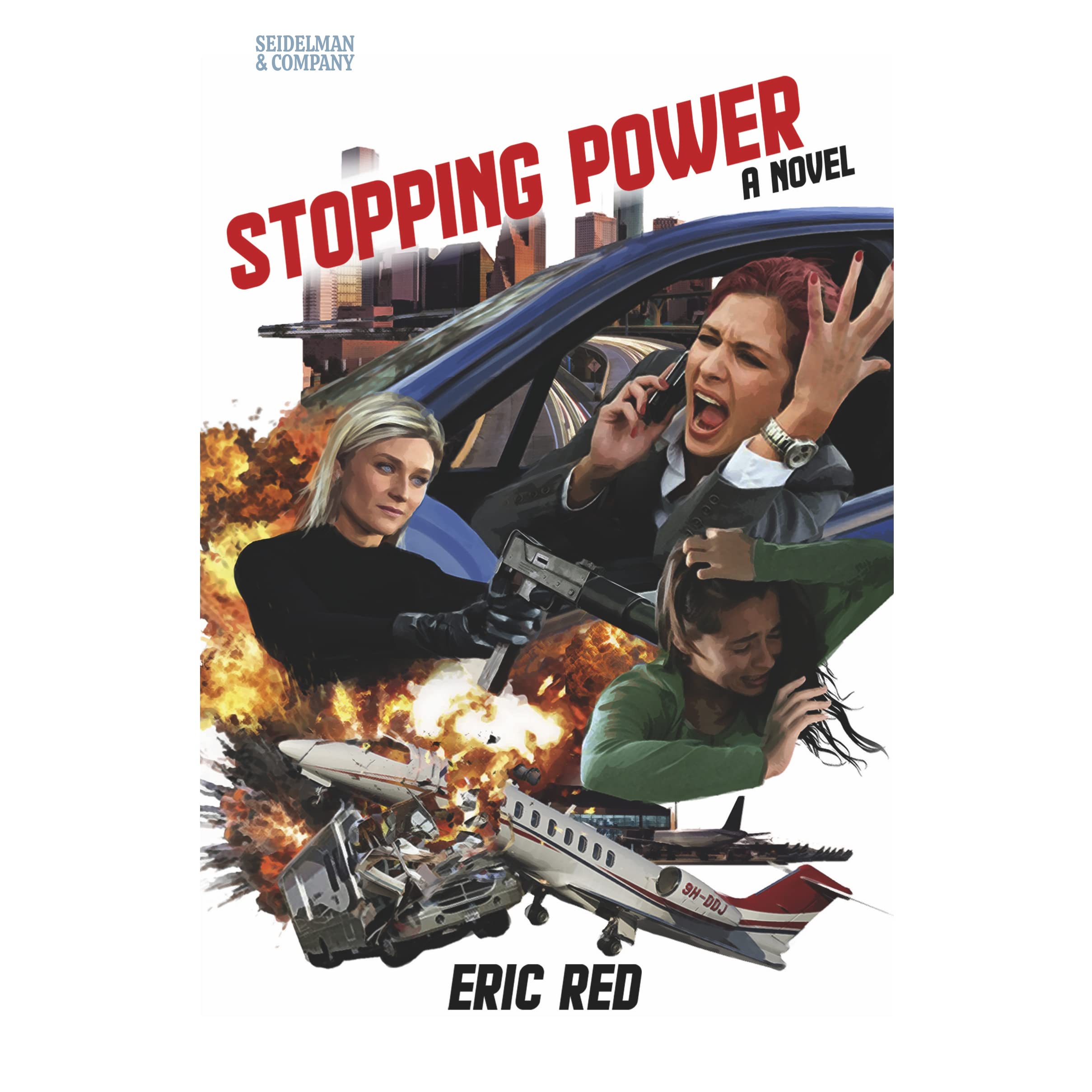 How long did it take from concept to completion?

It took three months to write the novel itself. But I made notes on Stopping Power for several years before writing the book. That’s my usual process. At a certain point, I have enough notes that I’m ready to write the book.

What’s the most difficult thing about writing characters from the opposite sex?

Well, the most difficult part was definitely the first person point-of-views of both the mother and her teenage daughter. Those viewpoints alternate chapter-to-chapter, showing the chain of events from their contrasting perspectives. That meant not just showing what these women did in terms of behavior and actions but getting inside their heads, describing how they actually subjectively thought and felt moment-to-moment, truthfully. It would certainly have been much easier to write these ladies third person, just showing what they did and their behavior was, but the story wouldn’t have had the intensity or immediacy. First person point-of-view and subjective perception is a wonderful tool one has in a novel you don’t in a script.

What do you think the enduring appeal is of tales set in the sparsely populated highways of America?

There’s an economy of elements in the spare iconography of a road thriller. A tension of the isolated nature of the geography where there’s nothing for miles and if there is it’s just a solitary gas station, truck stop or diner. The claustrophobia of the wide-open spaces where you can see forever but there’s no escape. You can go as far as you want in any direction but you can’t get away. The open road is also a ride into the unknown, fraught with potential for danger beyond the vanishing point. Plus by definition a road thriller has intrinsic narrative propulsion being about driving to something or from something, usually fast!

What is the most challenging part of your artistic process?

Coming up with the ideas, because one can’t control when one gets them. The writing part is a matter of sitting your butt down and knocking out the pages, but the idea part of the process can be mysterious. For me, a regular writing routine helps the ideas come.

Any plans for this to become a movie? If so, I will be there opening night if it does…

The first of my novels to be made into a movie is White Knuckle starring Gina Carano produced by Dallas Sonnier and Tony Timpone. The film goes into production early 2022. I wrote the screenplay. It’s about a woman who escapes from a serial killer big rig truck driver and hires another long hauler to go on the road with her and hunt the fiendish trucker down. It’s my scariest novel and script, and the villain makes The Hitcher look like a pussycat.

What would you like readers to take away from it?

Stopping Power is a story of a parent doing anything to protect their child, so hopefully it is inspirational and perhaps provocative in how it deals with the lengths we all are capable of going to protect those we love.

Nothing would make me happier than readers enjoying the book purely as a non-stop thriller of relentless suspense. I wrote it as an escapist entertainment. In the world right now, we all need some escape.

Thanks very much and I wish you all the success with your book.