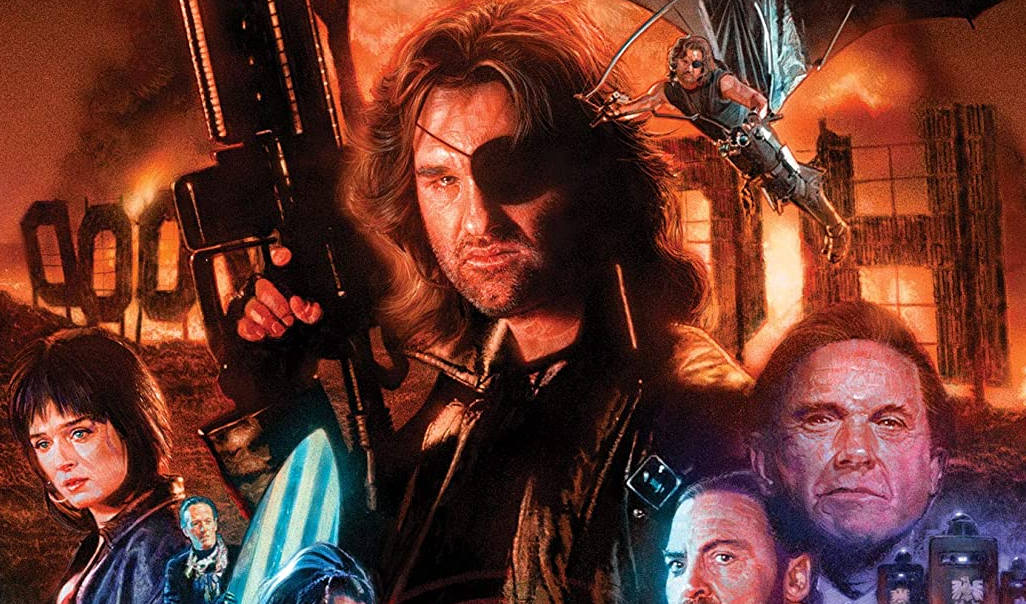 Escape from L.A. may have a lighter tone than Escape from New York and the special effects are at times awful but I’ve always had a soft spot for it and enjoy the movie for the campy fun that it is. Shout! Factory have done a nice job with this Blu-ray but it’s a shame Carpenter/Russell had no involvement; if you enjoy the movie like I do then this is still worth picking up as it looks and sounds great.

Plot: Snake is back! Kurt Russell rejoins filmmakers John Carpenter and Debra Hill to do to Los Angeles what they did to the Big Apple in Escape From New York – with even more futuristic thrills and big action!

Review: When it was first released back in 1996 Escape from L.A. was generally met with negative reviews but over the years it has grown a cult following and I think now more people appreciate it than ever. I’ve never hated it mostly because Snake Plissken is one of the coolest movie characters of all time and I can’t picture anyone other than Kurt Russell in the role; his eye patch, long hair, gravelly voice and don’t-give-a-shit attitude makes him an immediately appealing character.

This time Snake Plissken is once again called in by the United States government to recover a potential doomsday device from Los Angeles, now an autonomous island where undesirables are deported. It almost feels like it could take place in the same universe as Demolition Man with The President (Cliff Robertson) banning atheism, red meat and generally people who think differently from him sending them to the cesspool that is what’s left of Los Angeles.  If anything the themes of this movie are even more relevant now than they were back then and like Demolition Man far too much has come true when this was meant to just be a satire.

We all know the special effects at certain points in the movie are some of the worst committed to celluloid with the surfing sequence a particular low point however, it was never enough for me to hate this film. There are still some impressive explosions, shoot-outs and fights to keep this a very well paced hour and 40 minutes.

Escape from L.A. wasn’t meant to be taken seriously, poking fun at Hollywood with the likes of Bruce Campbell’s rather creepy plastic surgeon and if you watch it with subtitles on there are a lot of little side jokes I had previously missed.

John Carpenter & Shirley Walker provide the amazing music score which is sort of a modern Western theme with electric guitars which works perfectly for the lighthearted tone of the movie.

I recently bought the Shout! Factory Blu-ray for the movie which has had a nice 4k remaster so it looks and sounds perfect; the interview with Stacey Keach is thoroughly entertaining as he talks about how he met John Carpenter and got to work on this film which he said was a lot of fun. It’s too bad Carpenter or Russell didn’t seem to have any involvement so there are no interviews with them whatsoever; a Commentary would have been awesome. The interview with Bruce Campbell is as enjoyable as you’d expect although it’s too bad it was only on the phone rather than in person but he still provides some fun stories.

I love watching that classic teaser trailer which starts off like a cinema ad for no smoking or talking but the list goes on and on only to be interrupted by Snake; it’s still one of my favourite trailers to this day.

Overall, Escape from L.A. is more of a parody of Escape from New York not to be taken too seriously but if you can get over the sometimes awful special effects it’s still a fun movie with Russell at his badass best. The lack of a Commentary or even interviews with Carpenter/Russell loses this a star as I feel like there would be some great behind the scenes stories from this movie. What we get is good though and it’s maybe the best version of the film we’ve got so far.