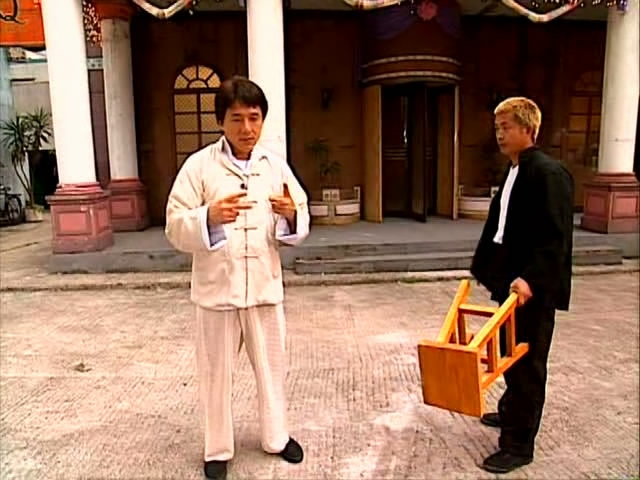 Jackie Chan is one of the best and most dedicated action stars of all time; he revolutionized Hong Kong action cinema with his Police Story movies and showcased what his stunt team could really do.

This incredible and insightful documentary goes behind the scenes of some of his most iconic movies (including Police Story and Who Am I?) showing how Jackie puts his stunt scenes together and how you really have to always be on your game if you plan on working with him. He mentions that it’s important to work with the right people who you can trust to avoid things going very wrong. To be a part of Jackie’s stunt team and to be in stunts generally you need to keep in good physical health.

Making Who Am I? looked like it was tough with Jackie pushing his team and himself to the limit. Ron Smoorenberg seemed to have a hard time keeping up with Jackie and frankly I was exhausted just watching him as he really is a force of nature.

Chan compares American and Hong Kong styles of action where Hong Kong doesn’t always have the same budget as US productions so they have to improvise and a lot of the time the stunts look even better.

Jackie has never done things the easy way for his action scenes; he will risk injury and jump on buses or trucks rather than just crossing the road as it adds more drama and excitement to the action.

Another important aspect Jackie discusses is the camera work and editing where he always makes sure you can see the action; he also uses wires but in the best way where you don’t even notice and they only add to the action rather than distract.

If you are considering a career in stunts and would some day like to be in the same ranks as Jackie Chan then be prepared for a lot of hard work and painful looking injuries. Jackie Chan: My Stunts is a must-see even just for casual movie fans as it’s a fascinating look into one of action cinemas greatest icons.