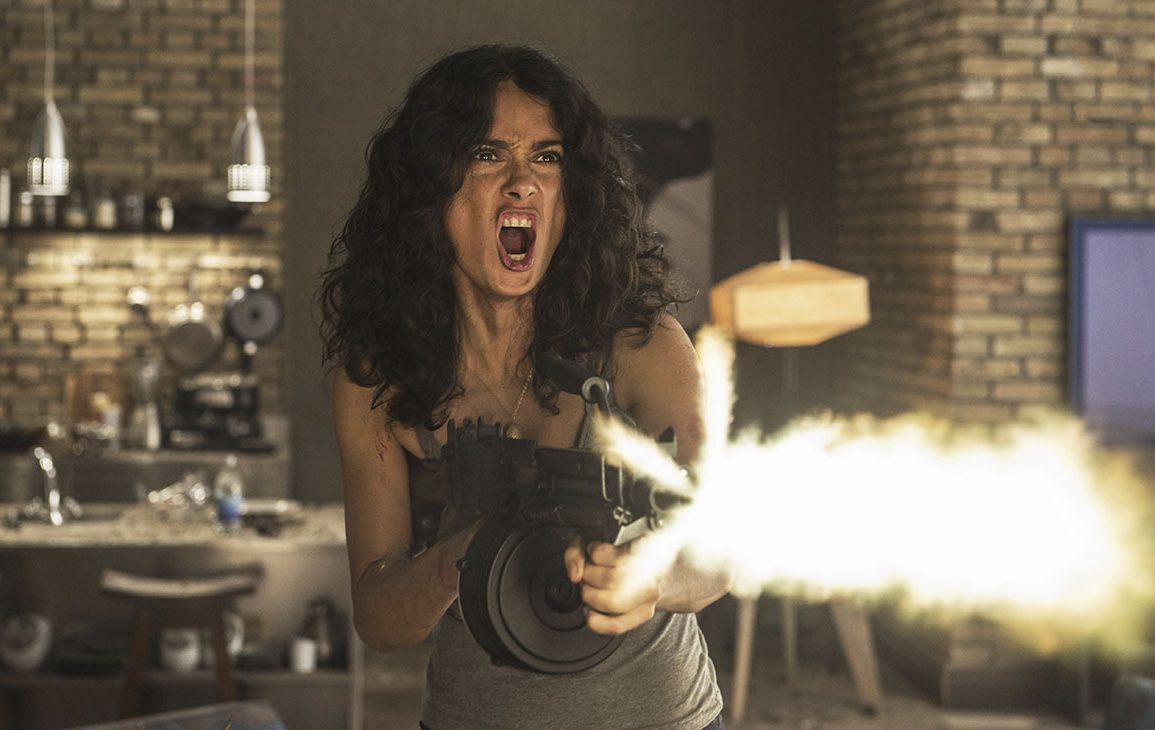 Everly is worth checking out if you’re in the mood for some gruesome bloodshed; it’s hardly a classic but it’s an entertaining way to while away 90 minutes.

Plot: An action/thriller centered on a woman who faces down assassins sent by her ex, a mob boss, while holed up in her apartment.

Review: So far, reviews for Everly haven’t exactly been stellar and it’s understandable; there’s no real depth or memorable dialogue… but what it does have is blood… lots and lots of blood. Everly is almost hilariously violent and so over the top that it kinda stops being shocking after a while.

It’s nice to see blood squibs being used again which is always an improvement over CG so Everly gets major props for that. It also has some really inventive kills and doesn’t skimp on graphic violence.

Most of it was cartoonish but the scene involving The Sadist was as you can imagine, toughest to watch.  I really wouldn’t advise eating anything when watching this movie as it’s not the easiest watch, with people being fed acid and their insides falling out.

Poor Salma Hayek is the lead and she really goes through the ringer in this movie; she makes Everly incredibly likeable and you so want her to get away from these absolute monsters of human beings.

She is shot beaten and many other things in this but her sheer willpower is what gets her through to try and save her daughter.

It gets quite tense and moves along at a quick pace; at times you’re almost praying for it to end just so poor Everly’s nightmare will end.

As Everly’s apartment gets assaulted by a whole manner of weirdoes, she has to fight them off with whatever she can; the assassins are all totally over the top and really are caricatures rather than real people but that’s the idea. It’s set in a kind of hyper-reality where crazy shit can happen at any time… and it usually does.

The acting in general is decent with Salma giving a great performance as the desperate Everly; the supporting cast includes Jennifer Blanc-Biehn who is sadly underused but it’s still cool to see her briefly in the film.

Would I want to sit through it again? Probably not as it feels like it’s trying too hard to shock you sometimes and the characters aren’t memorable enough for you to care about.

Overall, Everly is worth checking out if you’re in the mood for some gruesome bloodshed; it’s hardly a classic but it’s an entertaining way to while away 90 minutes.