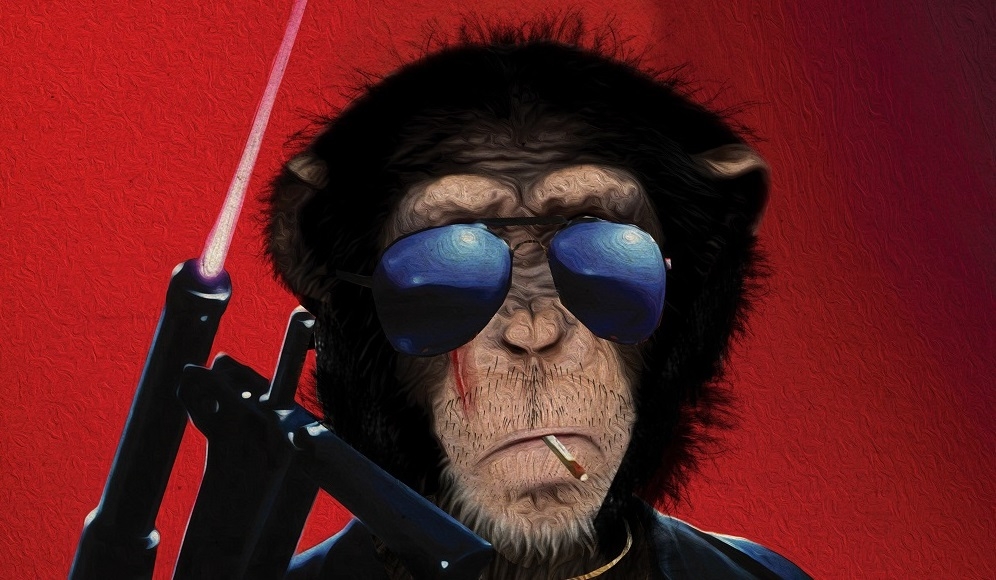 Exclusive: ONE TOUGH BASTARD: A Washed-up ’80s Action Star Returns in the Must-Read Novel of the Year!

TWO BIG THUMBS UP! “One Tough Bastard” is a smart, funny, witty, neo-noir-meta-action-spectacle-page-turner! A true original work which echoes the best of Shane Black and Quentin Tarantino. The book is a passionate love letter to Hollywood dreams and action cinema of the ’80s and ’90s, and the ultimate holy grail for any fan of action! OTB is without a doubt one of the best reads I’ve EVER had! Author Adam Howe is a national treasure!

Marko Mäkilaakso, Director of “It Came from the Desert” and “War of the Dead” 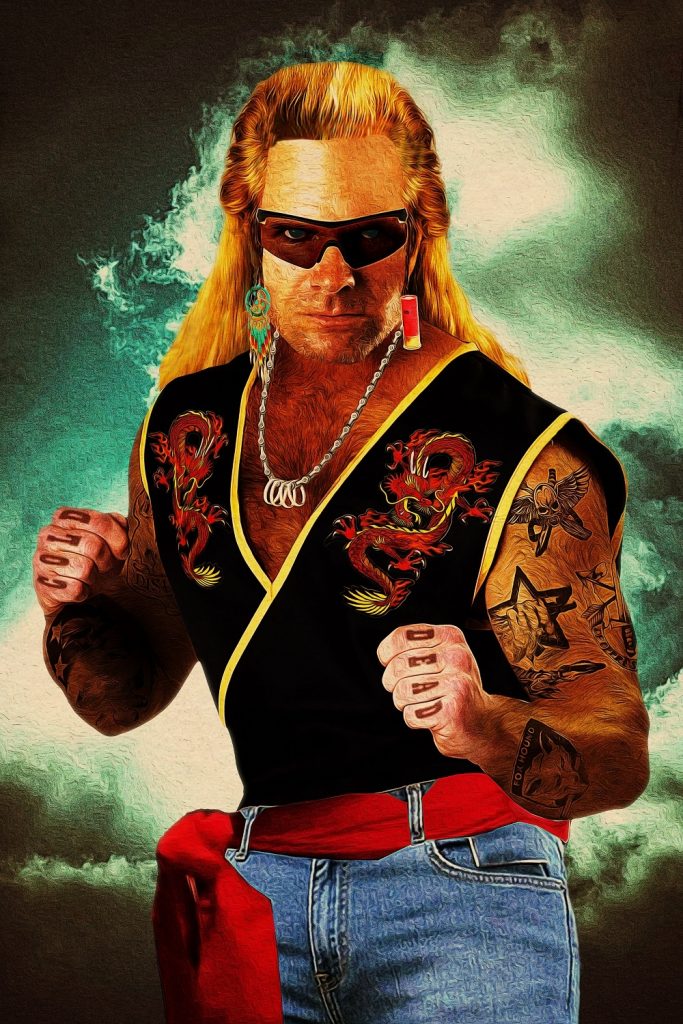 Just in time to escape 2020 forever, the world is ready for the return of ’80s action icon Shane Moxie, star of the smash hit action favorites Amishing in Action, Gung Ho-Ho-Ho, American Sumo, and Lambadass who now stars in Adam Howe’s new novel One Tough Bastard!

“ONE TOUGH BASTARD”
A novel by Adam Howe

Shane Moxie:
A washed-up 80s action star who refuses to believe his best days are behind him…

SYNOPSIS:
Reunited for an anniversary movie screening, when Moxie and Duke are targeted by assassins, the feuding co-stars reluctantly join forces to terminate with extreme prejudice an organized crime syndicate headed by an iconic German action star dealing death from his movie-themed fast food franchise. 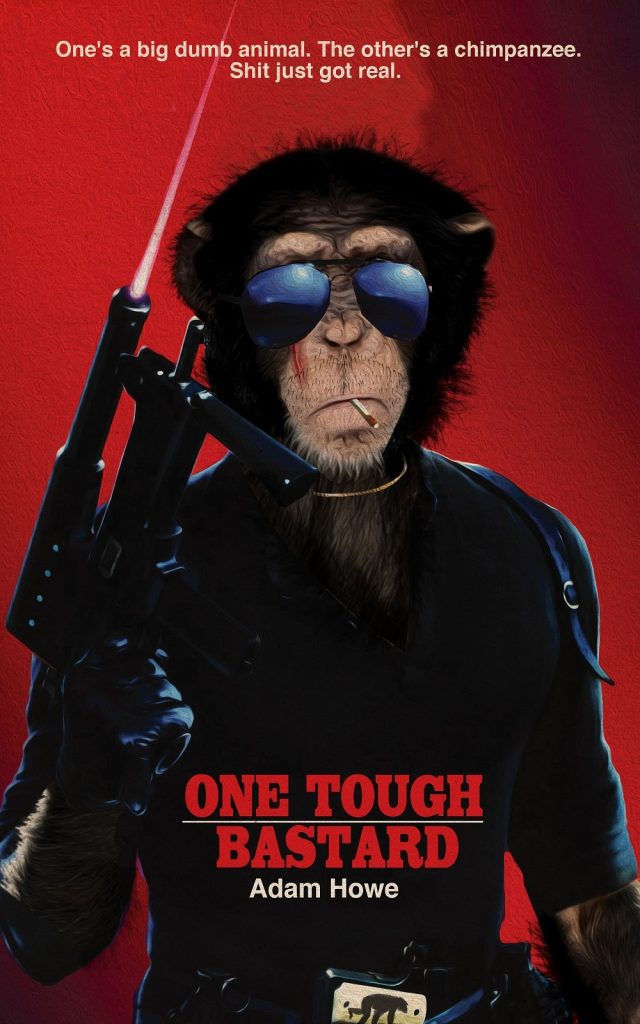 From Adam Howe, writer of Die Dog or Eat the Hatchet and Tijuana Donkey Showdown, and the winner of Stephen King’s On Writing contest, comes a ‘buddy’ comedy in the tradition of Lethal Weapon, 48 Hours, and Tango & Cash, and a love letter to the gory glory days of 80s/90s action cinema. One Tough Bastard will turn you into a goddamn sexual tyrannosaurus… just like its author.

One Tough Bastard is a fist-bump to 80s/90s action movies, especially those of Joel Silver, whose work (Lethal Weapon, Die Hard, Predator, Roadhouse) made a big impression on me as a kid; mixed with the kind of ‘Big Dumb Comedies’ Hollywood used to make without fear of causing offense. This is the Ready Player One for action movie fans, filled with Easter eggs from your favorite action flicks. The lead character – I hesitate to use the word ‘hero’ – Shane Moxie (aka The Mox) is a fusion of Kenny Powers, Steven Seagal, and Jack Burton from Big Trouble in Little China; a legend in his own mind, and a magnet for trouble. With the characters of Moxie and his chimpanzee partner, Duke, I riffed on the dynamic between Jack Burton and Wang in Big Trouble, a blowhard ‘hero’ and his more capable ‘sidekick,’ leaving the reader to decide which of the two is the book’s eponymous “tough bastard.”

While the book is first and foremost an action/comedy, and reads like the kind of movie we only wish Hollywood still made, through the character of Moxie, a man out of time, struggling to navigate the “Woke” modern world, I was able to filter much of the insanity of the late twenty-teens… and given all the crazy shit going on in this “Clown World,” is it really so hard to believe that a washed-up ’80s action star and a chimpanzee could save America?

Shane Moxie was born in Toad Suck, Arkansas, the lovechild of a waffle waitress and the town hellraiser. Reared on a hard-R diet of action movies and kung fu flicks, Moxie trained himself to expert level in the martial arts – all of them – and developed his own devastating fighting style. According to Moxie’s own legend, after winning the kumite, Moxie served with distinction in several elite combats units (no record exists of his service, presumably for national security reasons). With nothing left to prove, the self-styled underground fighting champion, and decorated Special Forces hero, hit Hollywood. Moxie exploded onto movie screens with 1988’s One Tough Hombre, a redneck Rocky-with-feet rip-off that became the sleeper hit of the summer box office. An overnight star, Moxie was signed by Universal to a multi-picture deal, releasing a string of hits including Amishing in Action, Gung Ho-Ho-Ho, American Sumo, and Lambadass. Moxie’s career reached its zenith with 1997’s Copsicle, a caveman cop ‘buddy’ comedy in which Moxie costarred with arguably the greatest animal actor of his generation, Duke; Moxie’s bitter rivalry with his chimpanzee co-star would become the stuff of Hollywood legend. Copsicle was a box office smash; had Moxie made better career choices, he might have enjoyed the longevity of Schwarzenegger and Stallone, and be remembered fondly today. Instead, a combination of bad press caused by his feud with Duke, substance abuse, an unprovoked assault on American Ninja actor Michael Dudikoff, and his next motion picture, the notorious KKKop, would destroy Moxie’s career. After KKKop provoked nationwide civil unrest, Moxie’s contract with Universal was terminated; he was blacklisted by the major movie studios, and cast into the Hollywood wilderness.

Today, Moxie periodically appears in Direct to Video motion pictures (most recently Mosquitosaur vs. Crabshark for SyFy), and reality television (Celebrity Rehab), while waiting patiently for Sylvester Stallone to cast him in the next Expendables movie, from which he hopes to launch his eagerly awaited comeback. If Sly is reading this, Moxie can be reached at 555-7617. 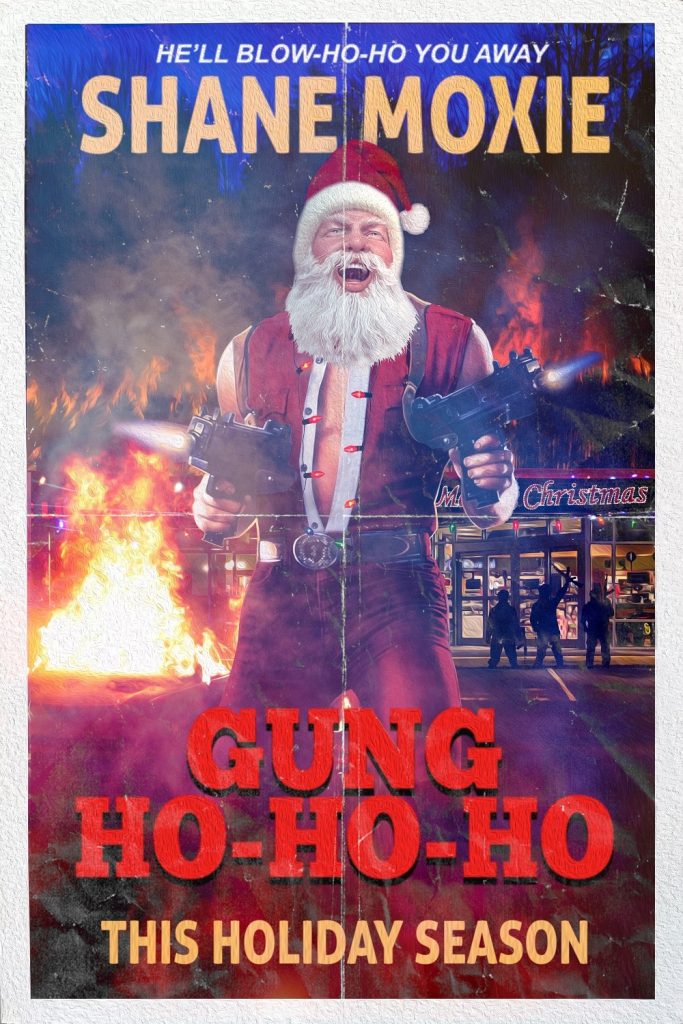 Donnie Womack, a traumatized veteran of the US invasion of Grenada, atoning for his sins as a Salvation Army Santa, is the only hope for hostages being held by terrorists in a strip mall supermarket on Christmas Eve. Another in the plethora of Die Hard rip-offs, and an ironic fixture on Best Christmas Movie lists, if parent groups were incensed by slasher-Santa flick Silent Night, Deadly Night, nothing could have prepared them for the yuletide ultra-violence of Gung Ho-Ho-Ho. Highlights include a tortoise-paced mobility scooter chase through the supermarket; Moxie punching out a reindeer; and a graphic love scene between Moxie and a shellshocked checkout girl. A mooted sequel, Hanukkarnage, was hastily shelved after screen tests were leaked of Moxie wearing shtreimel and tallit and a prosthetic nose.

In his ongoing battle with phencyclidine addiction, which became public knowledge in the wake of his unprovoked nightclub assault on fellow action star Michael Dudikoff, Moxie had piled on the pounds. Sensitive about his weight gain, he claimed to be a Method actor in preparation for his next role; American Sumo was hastily developed to support this falsehood. To avenge the murder of his Interpol agent brother, competitive eating champion ‘Fat’ Chance McColl travels to Japan and infiltrates a Yakuza-run death-sumo syndicate. The scene in which Moxie battles a giant animatronic octopus at a tentacle- pornography studio, obliterating the Kraken-sized cephalopod with a hand grenade, followed by the quip, “You’re calamari, motherfucker,” is a RiffTrax classic, and a perennial favorite among trash film connoisseurs. 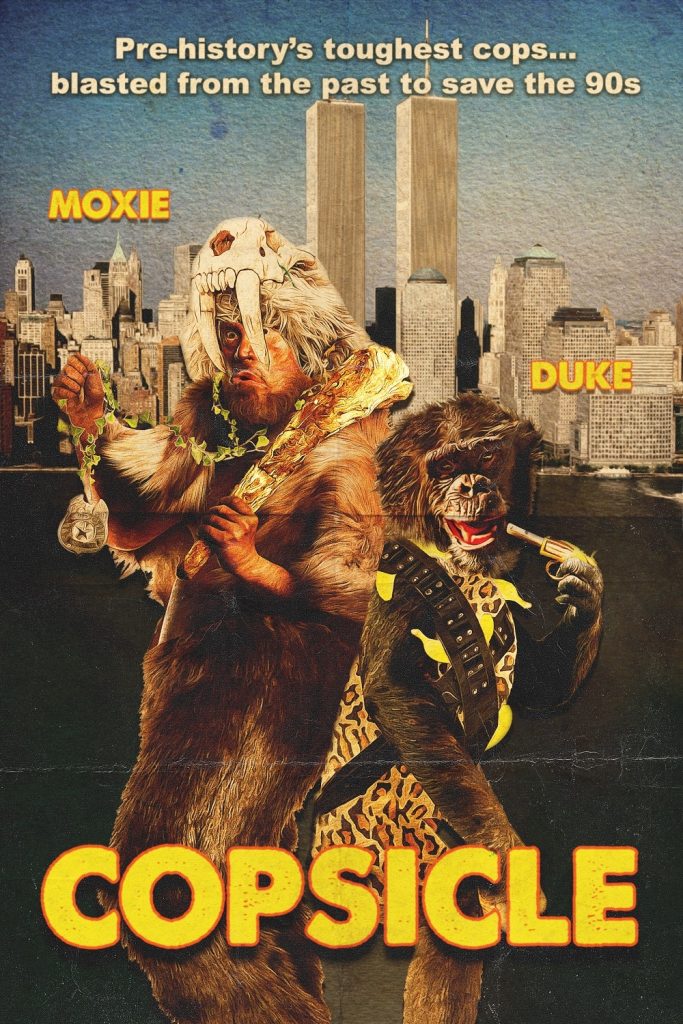 COPSICLE
Pre-history’s toughest cops
Blasted from the past to save the 90s!
(dir. John Landis, 1997)

48 Hrs meets Encino Man… Preserved for centuries in a block of ice, caveman cop Stone, and his chimpanzee partner Boo, are thawed from their icy tomb to apprehend their nemesis, Thugg, a Neanderthal drug dealer of narcotic pterodactyl guano, who is wreaking havoc in modern-day NYC. Comic high jinks ensue as the caveman cops struggle to adapt to the politically correct 1990s.

A huge summer blockbuster, and Moxie’s biggest hit, stories of Moxie’s feud with his chimpanzee co-star Duke have become the stuff of Hollywood legend. Critic Roger Ebert wrote of Copsicle: “Witnessing Moxie flounder through the role he was born to play – a caveman – one can only sympathize with his simian co-star. Mr. Duke carries Moxie’s considerable deadweight, anchoring the picture with a remarkable debut performance, and a shoo-in come awards season, which deserves so much better than this otherwise formulaic dreck.”

You can Preorder ONE TOUGH BASTARD now!