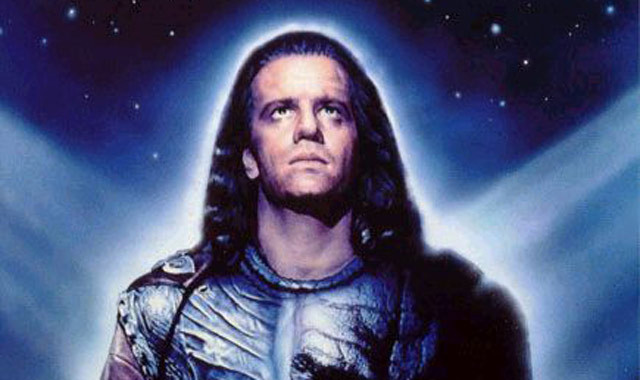 Plot: In this sci-fi/fantasy sequel, Connor MacLeod (Christopher Lambert) has become an elderly man after losing his immortality. Living in a bleak future where the world is protected from solar radiation by a massive shield, MacLeod regains his youth when he kills two assassins from his home planet. This results in an ongoing battle with the villainous and powerful Gen. Katana (Michael Ironside), but MacLeod receives help when the noble Juan Ramirez (Sean Connery) returns.

The theatrical cut of Highlander II was butchered before it was released and generally got negative reviews; long before The Snyder Cut we got the Mulcahy Cut AKA The Renegade Cut which had more footage and fixed some of the problems with the theatrical version of the movie. It still isn’t a classic movie but it is a lot of fun with plenty of action. We get some explosions, sword fights and the battle on a real train was quite awesome. Mulcahy actually had them build real sets and it still holds up as one of the film’s highlights.

All references to the planet Zeist were eliminated in this version and the immortals still come from Earth but from the past; it’s still a very strange movie and not everything works but this is a definite improvement over the theatrical cut.

A lot of the effects still look good especially the flying scene with the two assassins even if they are very silly characters. There is a lot of over-the-top laughter in this movie from not only them but even Michael Ironside who isn’t normally one for overacting. He still makes for an entertaining villain and John C. McGinley also gets to ham it up with nobody being remotely subtle in their performances.

I always felt Virginia Madsen’s character Louise doesn’t have enough to do and that doesn’t change in the Renegade Cut; she is just there to be the love interest. The sex scene between Connor and Louise is a new addition and feels a little awkward because they literally just met a few minutes beforehand.

One thing I’ll say about this film is that it is refreshingly different; it isn’t just a rehash of the first movie and tells its own story; you don’t even have to have seen the original Highlander to fully understand what’s going on. On the flipside that could also be seen as the biggest flaw as it bears very little resemblance to the original going for full-on sci-fi.

Sean Connery returns (thanks to some magic) and still steals the show; I love the scene with him getting the new wardrobe and he provides some choice lines, but it would have been nice to get a bit more explanation as to how he actually came back.

Christopher Lambert never disappoints and I think I’ve mentioned before that he has such an infection cheeky laugh that makes him so appealing on screen.

There are some humorous Paul Verhoeven-esque commercials in this version which provide some extra laughs; it had been a while since I’ve watched the theatrical cut but this version seems to have more one-liners but also more violence. The subway scene is one of the best with Katana taking over and crashing it just for the Hell of it.

I’ve always had a soft spot for the visuals of this film which are almost Blade Runner-esque with the dappled light and dark backdrops caused by the shield that covers the Earth.

The production was apparently a nightmare with a lot of it shooting in Argentina which caused all kinds of problems.

I found a full list on IMDb of all the additions/changes of the Renegade Cut which I’ve pasted below; I’m not taking credit for someone else’s work.

So thanks to whoever went to the trouble of writing all of that out.

Overall, Highlander II: The Renegade Cut fixes a few of the problems the theatrical cut had but the film itself is still flawed and incredibly silly. I do still enjoy it for what it is and even with the longer runtime it moves at a decent pace and has enough action to keep you engaged.