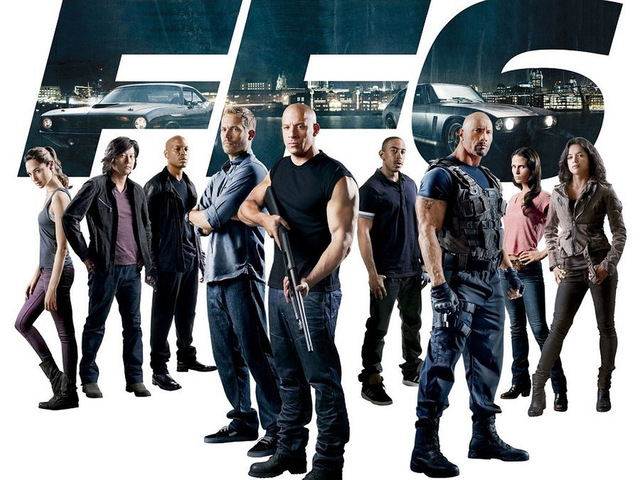 I know a lot of people don’t like these movies and I can totally understand why, but I have a blast with them and I’m frankly counting down the seconds until Part 7.

Review: It’s funny how these movies have changed as they progress through each movie. Remember when the first movie was just about hot chicks and fast cars? Well this movie still has all of the above but the street racing takes a back seat, just like in Fast Five. The cars strangely aren’t really the focus here; sure there are some awesome vehicles but the story isn’t really about them.

This movie does however, have some of the best action I’ve seen in a long time; the final 30 minutes are mind-blowing and the final plane sequence is amazingly executed.

As with the other movies in the series the dialogue is unintentionally funny in places but really, it doesn’t matter. You’re not going to watch this movie expecting The Artist; you’re looking for crazy action and Fast 6 has it in spades.

For some reason I had the impression that Eva Mendes was going to be in this one, but she isn’t so that was a bit of a letdown. Everyone else turns up though and seeing Letty back on board was a nice touch.

Arguably the best fight scene in the movie was Gina Carano and Michelle Rodriguez who don’t mess around; they tear lumps off each other and it was a really visceral battle.

My favourite action scene was the night time chase through the streets of my home town of Glasgow (doubling for London) which had some of the best vehicular carnage I’ve ever seen. I really can’t stress the sheer spectacle on display in this movie and it’s frankly everything I would want from a summer blockbuster.

I do prefer Fast Five though as the tension between Dwayne Johnson and Vin Diesel’s characters made it a bit more interesting but they are buddies in this one, taking away a bit of spark.

What raises the bar in the movie is the post credits sequence at the end; make sure you stay behind and wait for the audience to go absolutely crazy. I can’t wait for Fast Seven now as it is already going to be my favourite of the franchise…

The music to Fast 6 was excellent, using less hip hop and having a great orchestral score in places, which works so much better in action scenes. Speaking of the action scenes, there appears to be minimal CGI used with real explosions and cars crashing, making it a lot more involving and exciting.

Overall, I know a lot of people don’t like these movies and I can totally understand why, but I have a blast with them and I’m frankly counting down the seconds until Part 7.