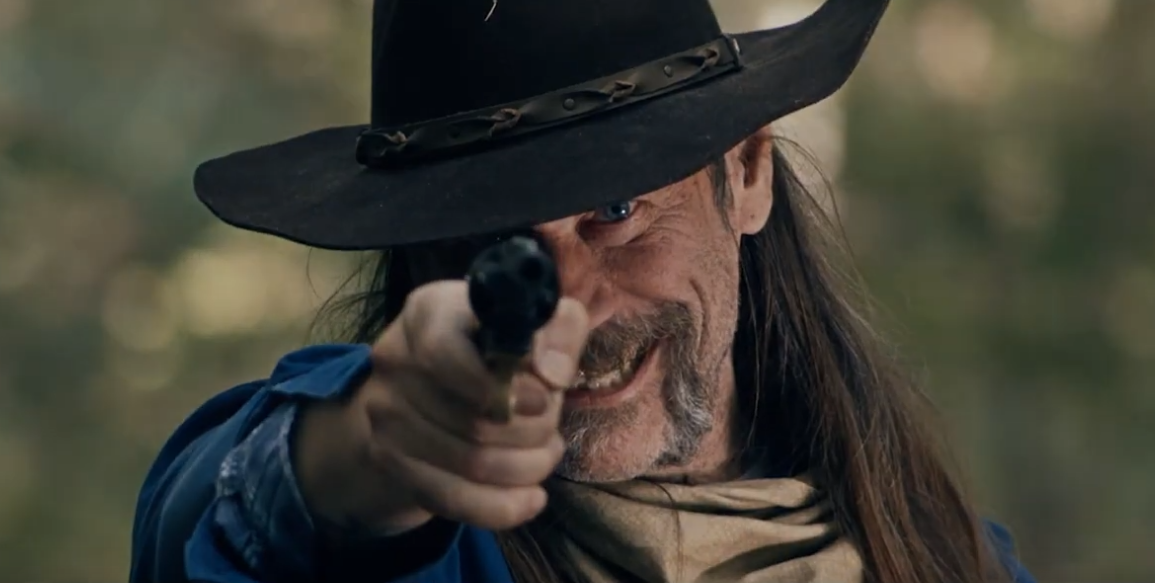 FIRST LOOK AT SHOWDOWN IN YESTERYEAR

A first-look trailer at new western actioner SHOWDOWN IN YESTERYEAR, directed by Aaron Bractcher and written by Greg Lamberson with a story by Tim O’Hearn, has been released. The film, expected to release in 2023, stars Jeff Grennell, veteran action icon Vernon Wells (MAD MAX II : THE ROAD WARRIOR, COMMANDO) with Debral Lamb (BLOOD CRAFT) and Jese Marciniak (HUSTLE ON LOMBARD). Daryl Dumwoody is a down on his luck wannabe cowboy. He stumbles upon a mysterious old door, upon entering he sends himself to the old west. There Daryl finds himself on an adventure of a lifetime, where he fights outlaws, finds love, and his life purpose.