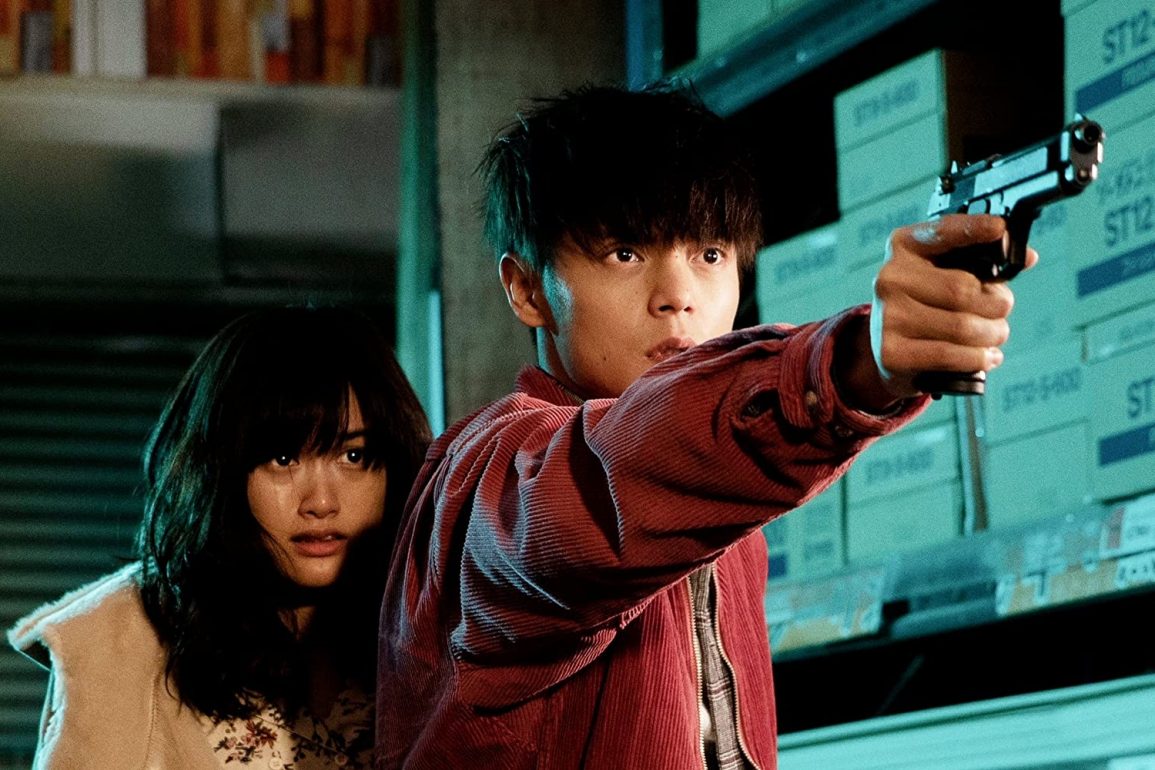 First Love is one of the best films of the year (admittedly that isn’t saying much as there’s like 3 films been released) with plenty of action, surreal moments and black humour that’s sure to entertain.

Plot: A young boxer and a call girl get caught up in a drug-smuggling scheme over the course of one night in Tokyo.

Review: A new Takashi Miike film is always worth getting excited about and First Love is no different delivering the usual absurd sense of humour mixed with violence and memorable characters.

This might be one of his most commercial movies yet as although the bodycount is high it never reaches the fucked-up levels of depravity of say Ichi the Killer.

Both of our leads Monica (Sakurako Konishi) and Leo (Masataka Kubota) are immediately sympathetic with Monica having to work as a prostitute in order to have to pay off her father’s debts to the Yakuza and Leo just being told he has a tumor in his brain that is terminal.

This may not exactly sound like a barrel of laughs but Miike somehow manages to cram in some trippy hallucination scenes from Monica (who is going off drugs cold turkey) and as it goes on it gets crazier and crazier with no shortage of action.

There are sword fights, decapitations, fist fights and more to keep action fans happy. It starts off a little confusing but stay with it and it all adds up to a thoroughly satisfying and surprisingly uplifting finale.

As you’d expect the cinematography is first rate and the film generally looks fantastic; it also has a rather amazing music score featuring twanging guitars reminiscent of classic Tarantino.

There are some standout side characters too like Julie who is hilariously unhinged spending the majority of the movie screaming for revenge. I don’t think anyone can shout quite like the Japanese which all just adds to the madcap atmosphere of the tale.

Overall, I don’t want to say anything else in case I spoil the movie, but First Love is Takashi Miike at his best with an engaging story, black humour and characters that stick with you after watching. Highly recommended.