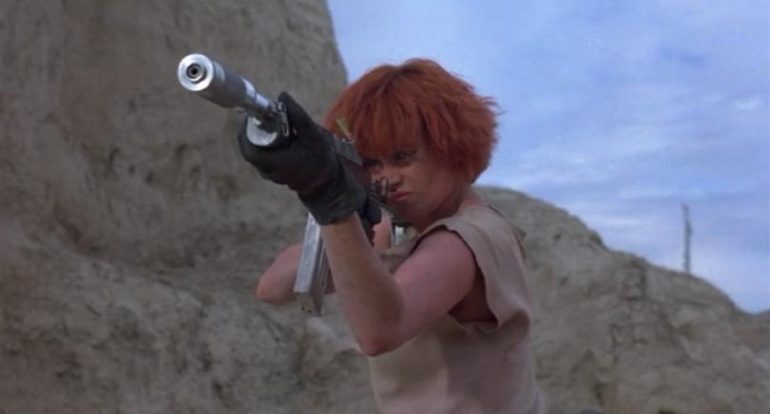 I know! I know! How could I have never seen this movie before? But now I have and well… nobody can say it didn’t have any original ideas; it’s essentially about a guy whose sex robot breaks so he has to get her repaired so he can live happily ever after… with his sex robot.

The actual story is as follows: In the post-apocalyptic California of 2017, Sam Treadwell (David Andrews) manages a recycling plant. His companion is Cherry 2000 (Pamela Gidley), a lifelike robot who caters to his every need. When Cherry expires, Treadwell refuses to settle for a newer, less attractive robot. Salvaging the chip containing her personality, he hires tracker E. Johnson (Melanie Griffith) to lead him through the lawless desert zone, where a replacement Cherry 2000 model can be found.

Sex robots are only just becoming a thing in reality so although the 2017 in this movie is very different from the one we lived in that is one thing that was nearly spot on.

The character of Sam Treadwell isn’t particularly likable or sympathetic and is kind of a dick especially towards E. Johnson who has agreed to help him reach the lawless zone where he can get his new Cherry model. We never really have any reason to root for him because…well he’s married to a sex robot.

Griffith as never the greatest actress in the world but she was always very appealing and she steals the movie with Johnson being a badass who can take care of herself against pretty much anything this futuristic world can throw at her.

In terms of action there are several shoot-outs and explosions with the car being lifted up by a magnetic crane to cross a river one of the most inventive sequences in the film.

Despite that it’s not the most action-packed movie in the world but the original story should keep you engaged; it’s wonderfully 80’s with some impressive set-design, especially the post-apocalyptic looking desert locations.

Keep your eyes open for a blink and you’ll miss it scene with Laurence Fishburne.

Overall, Cherry 2000 is the type of movie we wouldn’t see today but it’s a fun flick with Melanie Griffith taking on the role of the badass hero with the guy pretty much useless so it’s an interesting role reversal for that era. The best thing about the entire movie is the rad poster (below). 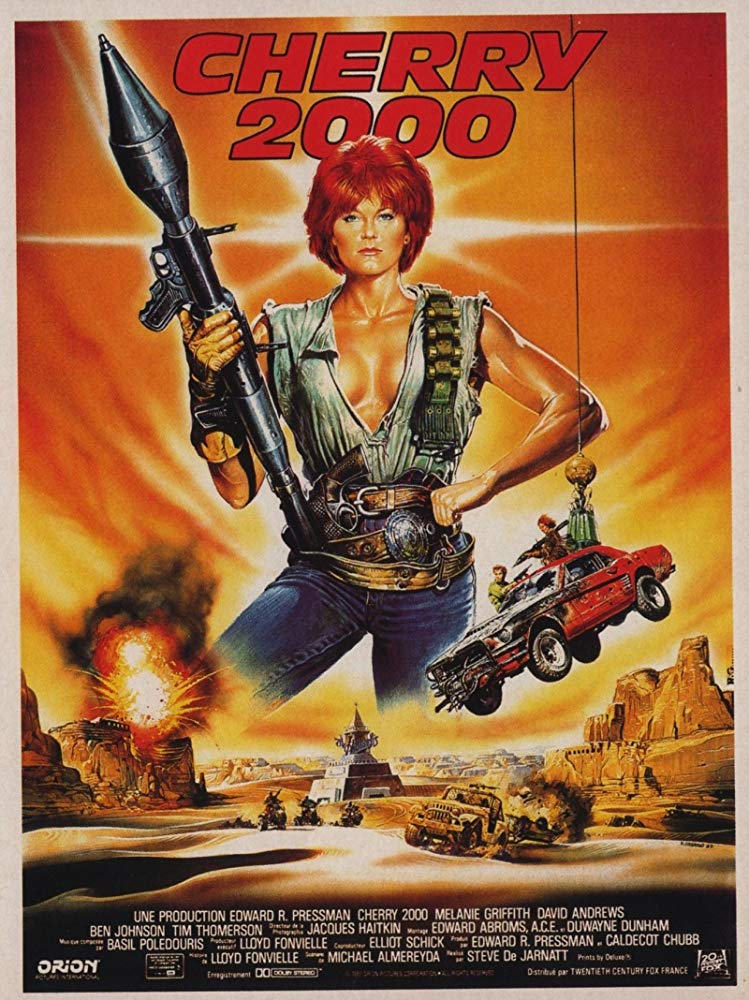