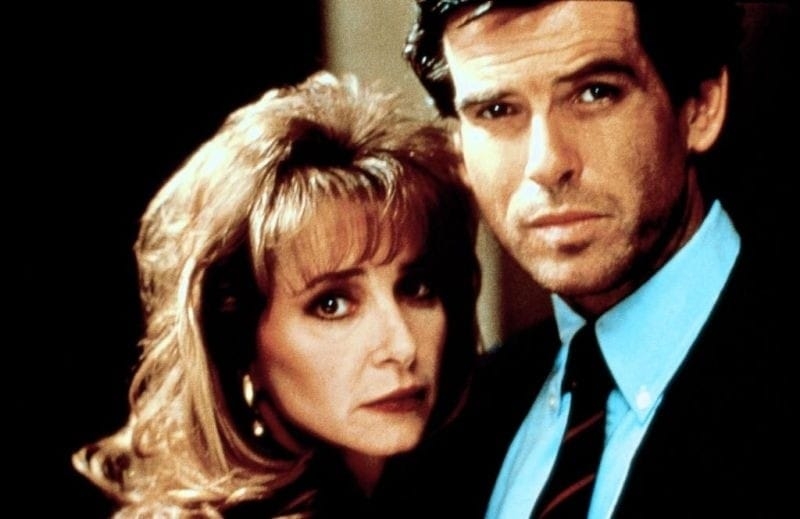 Plot: After A US senator is killed, A Bomb Disposal Expert is brought in to investigate the deadly explosive and must uncover the terrorists plan.

I never knew how badly I wanted to see a clown explode until I saw Live Wire, this rather awesome action flick starring Pierce Brosnan. He plays a bomb disposal expert called Danny O’Neill who is in pursuit of terrorists who are using a liquid explosive that activates inside the human body. One of the targets is a senator (Ron Silver) who is having an affair with Danny’s wife.

Considering this movie is only 85 minutes long it packs a lot into it giving us surprisingly interesting characters; Danny is a tortured soul who blames himself for the death of his little girl which has torn he and his wife apart. I’ve always considered Pierce an under appreciated actor as he is mostly seen as Bond but he gets to show all kinds of emotions in what is essentially a preposterous action movie.

Ron Silver plays pretty much exactly the same character he does in Timecop (an asshole senator) but he was so good at it that it’s no wonder he did it twice. I love the idea that Danny has to help the Senator evade the terrorists despite his personal feelings towards him which added an extra dynamic.

Live Wire is packed with action and impressive explosions every few minutes; it has a great bodycount too with some imaginative deaths. No old-school action movie would be complete without an awkward love scene and we have that too along with some brief nudity (hurrah!).

Ben Cross (Undisputed 2) makes for a wonderfully unhinged villain and also gets to die in spectacular fashion.

The best aspect of the entire movie is the electric guitar filled music score which is so epic and I need it in my life ASAP.

Actually wait, Pierce having a fight with the clown who then explodes is the real highlight and is up there with the penguin mascot fight from Sudden Death for ridiculously amazing fight scenes.

Frank: What are you? A Boy Scout?

Danny: Yeah, about to earn another merit badge.

Overall, Live Wire is an absolute blast (pun intended) with Pierce Brosnan making for an awesome lead as always, Ben Cross as the scenery chewing villain and Ron Silver playing the usual slimeball. There are some amazing explosions and it moves along at a frenetic pace. Did I mention that a clown explodes?