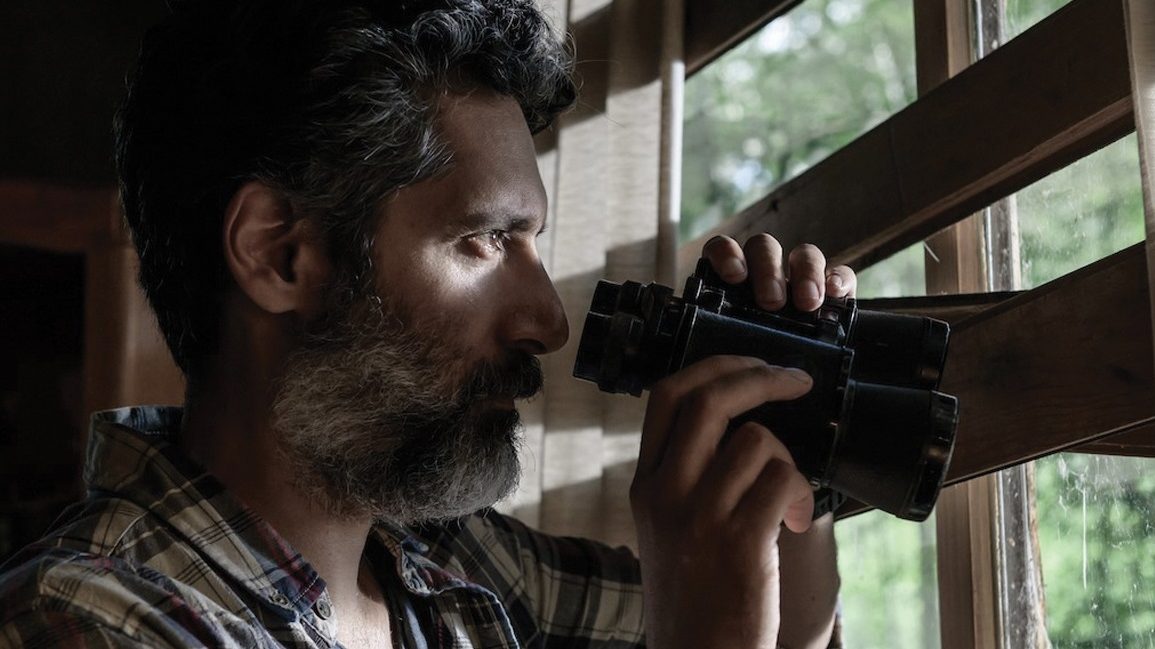 Debuting film director Joe Zanetti is stepping into the lion’s den with his feature, the conspiracy thriller Killbird, being officially selected for official competition at the Dances With Films Festival. The movie will screen on June 23 at 12:30 p.m. at the iconic Chinese Theatre in Hollywood, California. Killbird is a conspiracy thriller with an intriguing political twist that seems so real and possible. “It’s a film that gives the
viewer a punch to the gut,” says director, co-writer and coproducer, Joe Zanetti. “It’s meant to shock; it’s meant to raise questions – what is truth? Where is individual agency in our times, and who can we trust?”

In search of help on a birdwatching trip gone wrong, Taylor Crane (Elysia Rotaru) comes across a remote cabin where she meets Riad Bishara (Stephen Lobo), a recluse supposedly on the run from the CIA. Paranoid and seemingly unstable, Riad soon concludes that Taylor is a government agent and holds her captive. As she struggles to escape, Taylor soon comes across a prisoner in the cabin and uncovers what appears to be a deadly cat and mouse game between U.S. government agencies. Likewise, Riad learns that she may well be working against him as a CIA plant. Their lives depend on uncovering the truth about one another before it is too late.

Based out of Los Angeles, Joe Zanetti is thrilled to bring his first feature film, Killbird, to the public. Zanetti has produced and directed a number of critically acclaimed short films, including The Chase
and The Slumber Party, which showcased at the Atlantic Film Festival. He was also selected for the JETS program at EFM in 2018 and a Praxis Centre Screenwriting Lab in 2010 and has worked as a
Production Executive at East of Doheny and Aurora Productions. He managed film slates and supervised production on the PBS documentary Grey Gardens: From East Hampton to Broadway and has a number of feature films in development, including Lex Talionis (Samaco Films & Synergetic Distribution), HAX and Relapse (Earth Orbit Productions & Frozen Fish Productions). When he is not producing film, Zanetti produces video games. He has worked with companies such as Scopely, Capcom, Ubisoft and Warner Brothers on next-gen products, including the hit Warner Bros title “Batman: Arkham Origins” and “Star Trek: Fleet Command”.

“As a proud independent filmmaker, I am so thrilled to premiere Killbird at Dances With Films,” Zanetti says of his film’s inclusion in the festival’s program. “I worked with such a dedicated Canadian cast and crew, who were willing to jump on my crazy rollercoaster ride to create an ambitious conspiracy thriller on such a low budget. Killbird rips the band-aid off intense and timely subject matter and fundamentally says that in the midst of escapist distraction, it is our duty to pay attention.”

Joe Zanetti will be appearing at the premiere of Killbird at the Chinese Theatre on June 23. For information on the screening and for tickets, please visit https://danceswithfilms.com/killbird/.