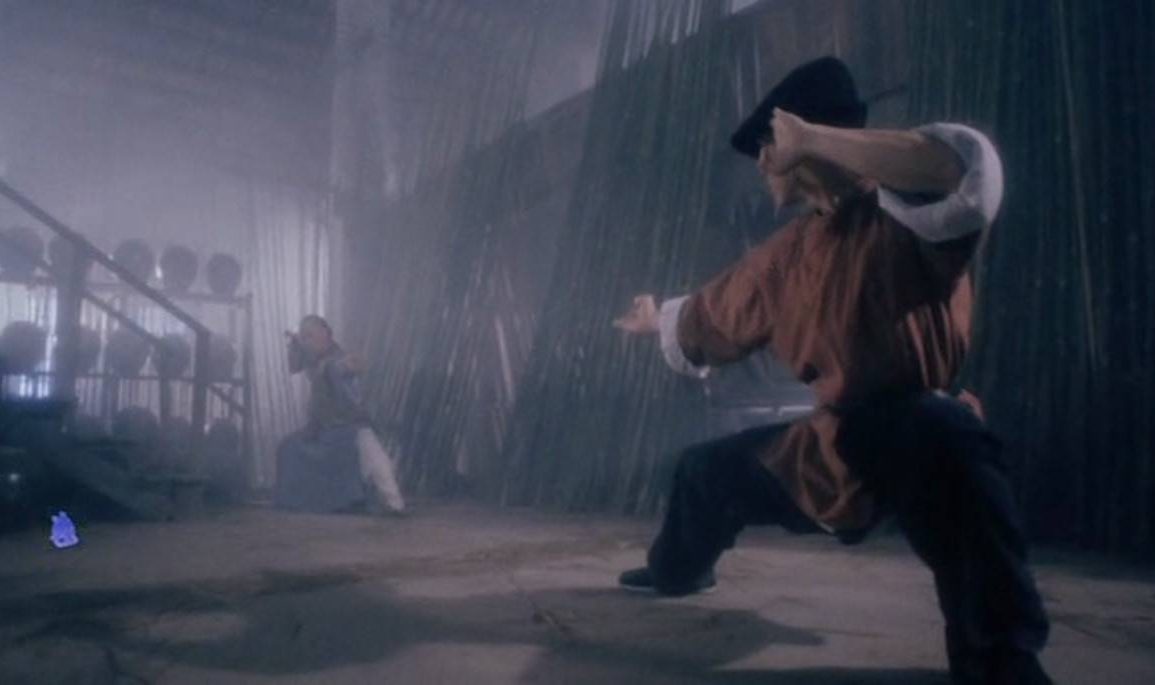 First of the Red Dragon has plenty of martial arts action with Yuk Wong and Donnie Yen making an awesome team; the dubbing is terrible and I hated the Auntie character but it’s still really entertaining.

Plot: A kung fu master opposed to opium smoking fights its proponents and tries to stop an evil sect.

Review: I picked this up on DVD a few weeks ago and I’ll admit I hadn’t seen it before but I figured a new Donnie Yen movie is always worth a watch.  This movie has several titles including Heroes Among Heroes and So Hak-Yee but the DVD I got is called Fist of the Red Dragon… not to be confused with Jet Li’s Legend of the Red Dragon. There are a lot of Red Dragons around apparently.

Although not an amazing movie Fist still has some impressive fight scenes with Donnie Yen kicking ass as only he knows how; this shouldn’t be a surprise as one of the directors was the great Yuen Woo-Ping. There is obviously some wirework but I am at least trying to get over my hatred of it and it didn’t bother me all that much in this feature.

It’s yet another movie with Wong Fei-Hung (Yuk Wong) who eventually teams up with Beggar So Chan (Yen) to take down a corrupt prince involved in opium dealing. I liked how Beggar So Chan was made an addict of opium by the prince so he had to defeat his internal demons before facing off against his real life adversary.

There is plenty of action and the climactic fight scene is nicely done but I really liked Yuk Wong as Wong Fei-Hung and would have liked to see him in more movies; this is the only one officially on his biography on IMDB though.

Sadly, the DVD I have only has the dubbed version of the film which is frustrating so it makes the film seem terribly acted (maybe it is). I also found Sheila Chan’s Aunt Jean one of the most irritating and pointless characters in the movie. Her side story was just annoying and the movie would have been better without it.

Although there isn’t much to the story I thought the idea of taking down the ever growing opium trade was an interesting angle and China’s battle with the opium traders was one I was unfamiliar with until recently.

Prince Barac was a suitably mean villain and I liked how he came in the guise of a friend to manipulate So Chan and make him in addict, thus removing a future problem… or so he thought.

There really were some awesome hats worn in this movie too; Donnie Yen’s Robin Hood style cap was cool but there was another dude who had a huge hat later on who has a fight with Wong Fei-Hung. We need more over sized hats in action cinema…

Overall, First of the Red Dragon has plenty of martial arts action with Yuk Wong and Donnie Yen making an awesome team; the dubbing is terrible and I hated the Auntie character but it’s still really entertaining.