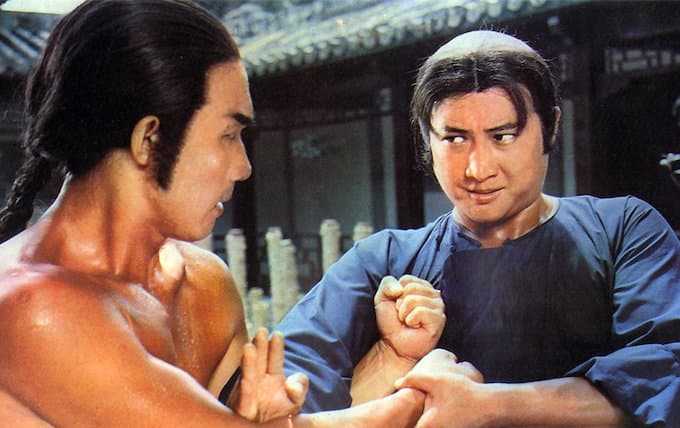 Five Deadly Venoms is pretty essential for genre fans who are looking for more than just constant fight scenes.

Plot: A dying master sends his last student to check up on five former pupils, who each know a special style of kung fu.

Review: The Five Deadly Venoms (AKA The Five Venoms) is widely regarded as one of the Shaw Brothers finest hours and it’s easy to see why; although there are plenty of martial arts fight scenes to enjoy there is also a morality tale about corruption, treachery and redeeming the name of a martial arts house gone bad.

Some of the acting isn’t the greatest with some hilarious over the top bad guy laughing moments and it’s actually a little slow in parts but the story is so engaging that I couldn’t tear myself away from it.

It’s also quite disturbing in its violence where various painful looking methods of torture are used which make it uneasy to watch at times.

You aren’t sure who to trust with betrayal and deceit around every corner, which keeps the story moving along at a brisk pace. Because it’s so unpredictable and with plenty of twists and turns this is not just a movie about kicking ass.

I found I really cared about the characters and when a certain character is tortured and killed (I won’t say who) it’s genuinely upsetting.

There are some nice camera movements too so we get to see all the action and the climactic battle is thoroughly satisfying.

Overall, Five Deadly Venoms is pretty essential for genre fans who are looking for more than just constant fight scenes.