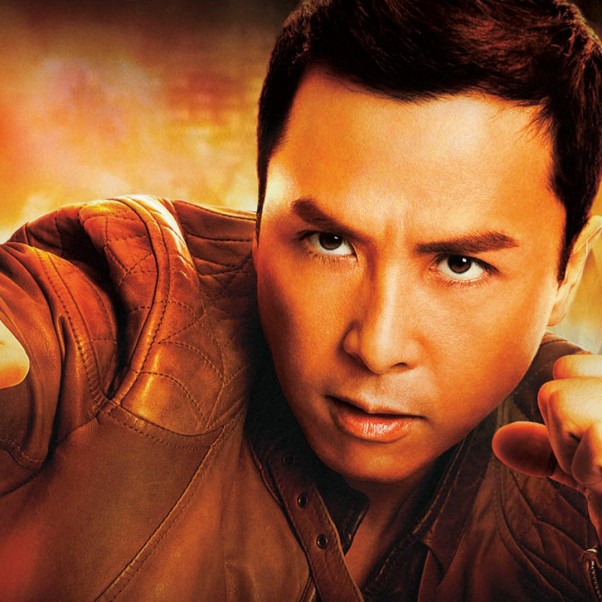 Flash Point is widely regarded as one of Yen’s best movies and although I prefer Ip Man, this is way up there and pretty much essential for all DVD collections.

Plot: A hot-headed inspector takes on a small but powerful Vietnamese-Chinese gang, after a series of crimes and murder attempts committed and putting an undercover cop and his girlfriend in great danger.

Review: This really is an essential movie for all fans of old-school action; yes, it’s got martial arts in it but Flash Point actually feels like an 80’s action movie with Donnie Yen as a bad ass cop who plays by his own rules in order to get the job done. The only thing it missed was a shouty police chief.

Donnie Yen is unbelievably cool in this movie and like in the Ip Man series, he lights up the screen as soon as he walks on. He barely says anything in this movie, he just hurts people and that’s just the way I like it.

He does have a bit of a smaller role though and the main character is essentially the undercover cop Wilson played by Louis Koo. Poor Wilson spends most of the film being beat up or shot at and doesn’t have a fun time. You are totally on his side though and wonder if he’ll make it out alive, especially in the final battle.

The first half is a standard undercover cop movie but manages to be tense because you care about the characters. At first you aren’t even sure just how evil the bad guys are because of how they take care of their mother who is sick. As the story progresses though you will have zero sympathy for these villains as they really are complete turds.

Although the first half didn’t have much in the way of hand to hand combat, by God do we get it in the second half. Donnie Yen’s climactic fight with Collin Chou is astoundingly choreographed and I wish that more Hollywood movies could be shot this way.

Unfortunately, the version I saw was dubbed so it’s difficult to tell what the performances were like but from what I gathered they were excellent. The film was tough and violent as Hell with limbs being snapped left and right, so that’s another point in its favour.

It’s got a great score too with an almost new age sound to it which really creates a different sort of vibe for the movie.

Overall, Flash Point is widely regarded as one of Yen’s best movies and although I prefer Ip Man, this is way up there and pretty much essential for all DVD collections.