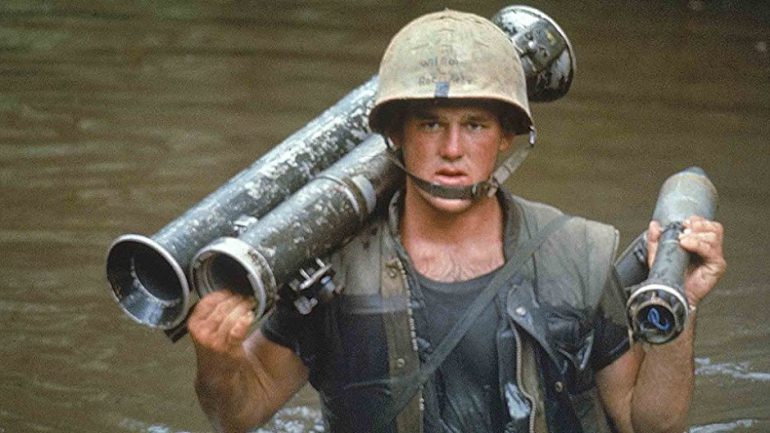 Flashback to The Expendables (1988)

Yes, there was indeed a movie from 1988 called The Expendables, however as you can imagine it has nothing to do with the Stallone series of the same name. I recently tracked down the VHS copy of the movie (with the help of david j. moore) and finally checked it out.

From famed exploitation director Cirio H. Santiago (Wheels of Fire) I was expecting a sleazy and cheap looking men-on-a -mission movie but to be honest it was a lot better than I expected and it had a surprising anti-war statement.

Our ragtag group of “heroes” are reluctantly brought together mostly to avoid jail (or worse) and are sent on various dangerous missions led by Capt. Rosello (Anthony Finetti).

I thought some of the characters were pretty well done the fact that they were assholes for a lot of the time added more authenticity. One of them is racist, another is overtly religious but the others admittedly are a bit one-note and forgettable.

They felt like real people however, and unlike the Stallone series the director wasn’t afraid to actually kill most of them off, truly earning the name “Expendables”.

There is plenty of action with a bodycount surely in the triple digits and it’s always nice to see real explosions, blood squibs and gunfire.

It’s well paced and at only 89 minutes it’s a brisk watch so you’ll never be bored. I also liked how the Vietnamese General was a man of honour who treated Rosello with respect after he saved his life. It made him more believable (and human) rather than being the monster the Vietnamese army were usually portrayed as in American cinema.

It is blatantly similar to The Dirty Dozen but that’s fine by me; it’s frankly what I wanted the Sylvester Stallone movie to be more like. It takes itself pretty seriously and has a pretty downbeat ending so I had zero complaints there.

I’m hoping one of the many cool Blu-ray companies that exist today will give this the hi-def upgrade it deserves so it can be seen by a wider audience.