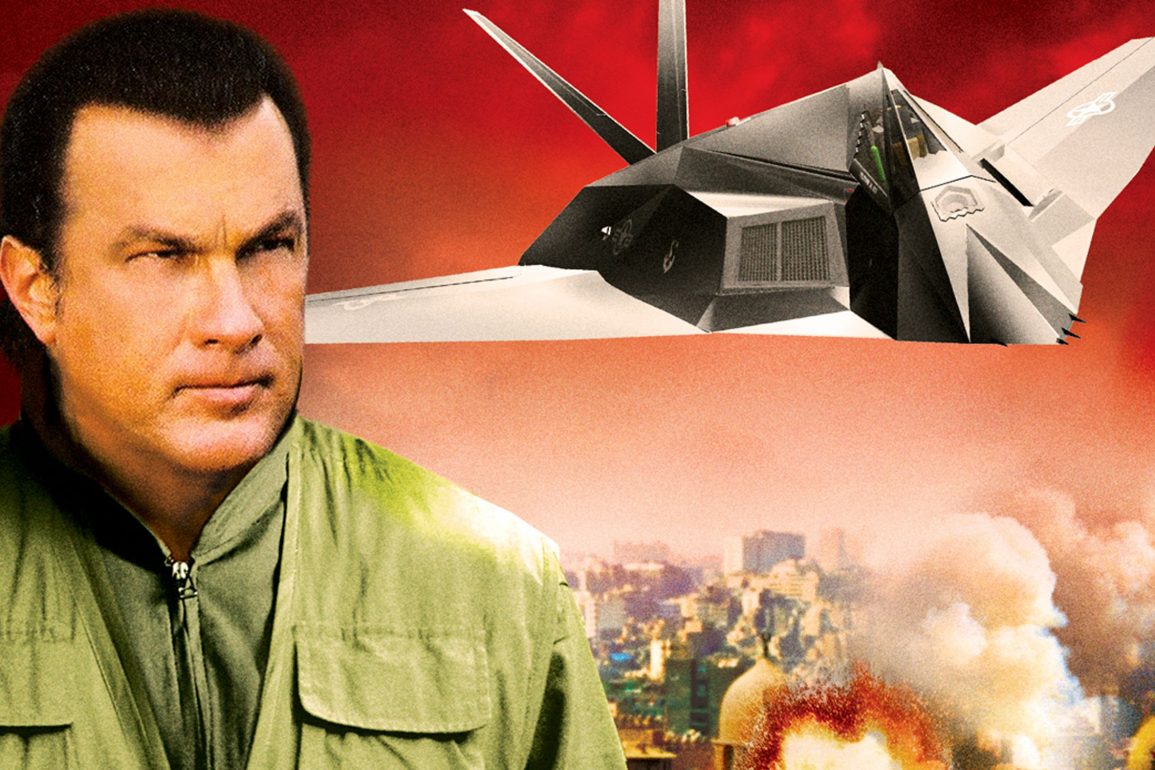 Flight of Fury is another bottom of the barrel Seagal feature that isn’t even fun in a “so bad it’s good” way. There are a few decent explosions at the end but it feels unfinished like many of Seagal’s films during that period.

Plot: After corrupt pilot Ratcher (Steve Toussaint) steals an experimental stealth force bomber from the Air Force, his former mentor, John Sands (Steven Seagal), is bailed out of jail and offered a clean record if he retrieves the plane. Partnered with Capt. Richard Jannick (Mark Bazeley), John travels to Afghanistan — where he learns the craft has landed in the hands of vengeful Islamic terrorist Peter Stone (Vincenzo Nicoli), who plans to use it against the United States in a deadly attack.

Review: I’d successfully managed to avoid Flight of Fury up until now but I figured it was time to give it a shot. I wish I hadn’t bothered as it is yet another in a long line of disappointments. That’s not really fair… you have to have expectations for something to disappoint and I didn’t really have any.

Steven Seagal is for the most part dubbed but he does at least show up for the entire runtime, even if he demonstrates the usual emotional range of an ashtray. The fight scenes are as poorly executed as we’ve sadly come to expect and the majority of the supporting cast are a bunch of nobodies with very little acting ability struggling to do their best with a dodgy script.

There is a fight scene in a gas station and it feels like a throwback to the classic store robbery from Hard to Kill except this fight scene lacks any of the shit talking or awesomeness of that sequence.

The final 20 minutes at least has some decent explosions, but any positives are overshadowed by the overuse of stock footage (or scenes from Iron Eagle) which looks out of place with the rest of the movie as it is so grainy.

Considering it’s only 98 minutes Flight of Fury manages to be incredibly boring and never really engages, lacking anything resembling thrills or excitement. You will feel nothing by the time you reach the end credits and you would have to be a masochist to want to watch this more than once.

It’s a step up from Attack Force at least and the character of John Sands is mildly different from the usual we’ve come to expect from Seagal.

I liked how the finale was an aerial dogfight rather than the usual bitch slapping but are still a few fight scenes featuring doubles throughout. I’m literally struggling to come up with something nice to say as I know people worked hard on the movie.

Actually the music score wasn’t bad and was exciting sounding making the film seem mildly more interesting than it actually was.

There is a tacked on lesbian love scene which adds nothing to the story and if you read the trivia on IMDB you’ll find out that it was not something actress Ciera Payton was comfortable with at all.

Overall, Flight of Fury is another dud for Seagal who should maybe consider retirement as his movies are barely watchable anymore.