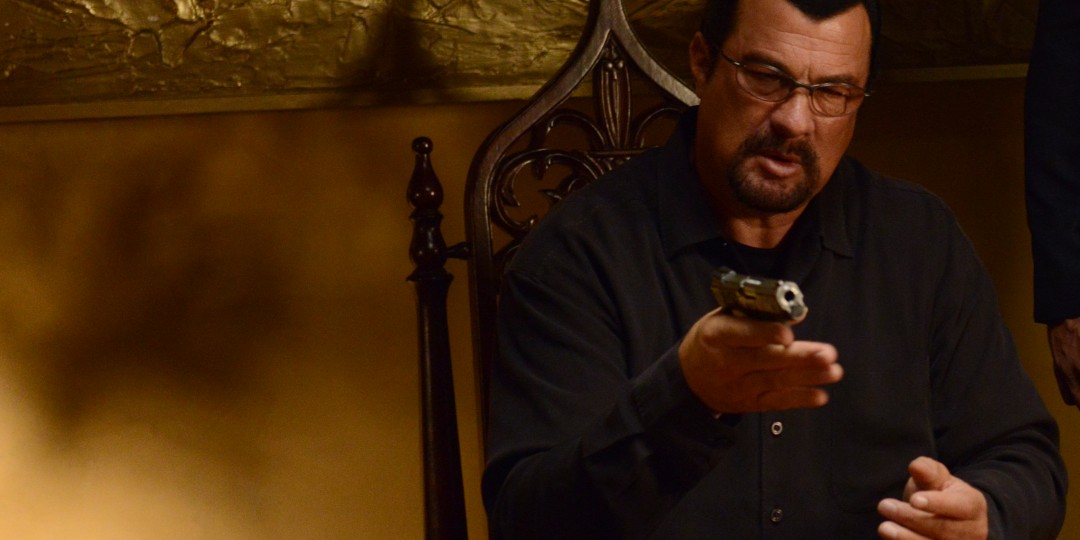 Force of Execution is hugely enjoyable with plenty of violence and awesome fight scenes; it’s just a shame about Seagal’s weird voice.

Plot: Alexander Coates’ (Seagal) criminal empire has been good to him – and devastating to his enemies – until his number one hit man, Roman Hurst, messes up what should have been a routine hit. Alexander spares his protege’s life but cripples his hands, thus ‘retiring’ Hurst forever. Before long, though, Alexander realizes that he’ll need Hurst’s help one last time when Iceman, a ruthless killer, surfaces.

Review: Steven Seagal in decent movie, shocker! Yes, that’s right, Force of Execution is arguably the best movie Seagal has been involved with in a long time, despite the fact he’s the weakest thing about the movie. Why? His utterly bizarre accent; what the Hell is he doing? It sounds so put on and totally doesn’t suit him.

On the plus side, this is a different kind of role for Seagal; he’s s crime lord in it and a pretty mean one too so it’s nice to see him try something new.

The real star of the show is Colin Farrell lookalike Bren Foster who plays Roman Hurst; this guy has charisma but also the moves to back it up. I think we have the next action star and I look forward to seeing what he does next. The best action scenes in the movie  belong to him as he’s incredibly fast and rather impressive.

I don’t really get why Hurst is so loyal to Alexander after what he does to him though; that really made no sense. He only took away your hands… no biggie.

Ving Rhames is one of the more surprising action stars these days and he’s always watchable; he’s pretty awesome in this and he’s pretty much the main bad guy. Well… everyone is really the bad guy so it is a little difficult to sympathise with anyone aside from Hurst and Danny Trejo.

I like seeing Danny Trejo play a good guy; he’s played so many villains and since he’s such a nice guy in real life, watching him be one in a movie shouldn’t be a great stretch.

Rhame’s crew are pretty nasty and the movie is really violent in places, with an old-school gangster feel to it; so if you’re looking for PG-13 fare then this ain’t it.

Keoni Waxman seems to be Seagal’s go-to man these days when he wants to do a pretty good movie and he directs this movie confidently with nicely choreographed fight scenes and a good pace too.

Overall, Force of Execution is hugely enjoyable with plenty of violence and awesome fight scenes; it’s just a shame about Seagal’s weird voice.