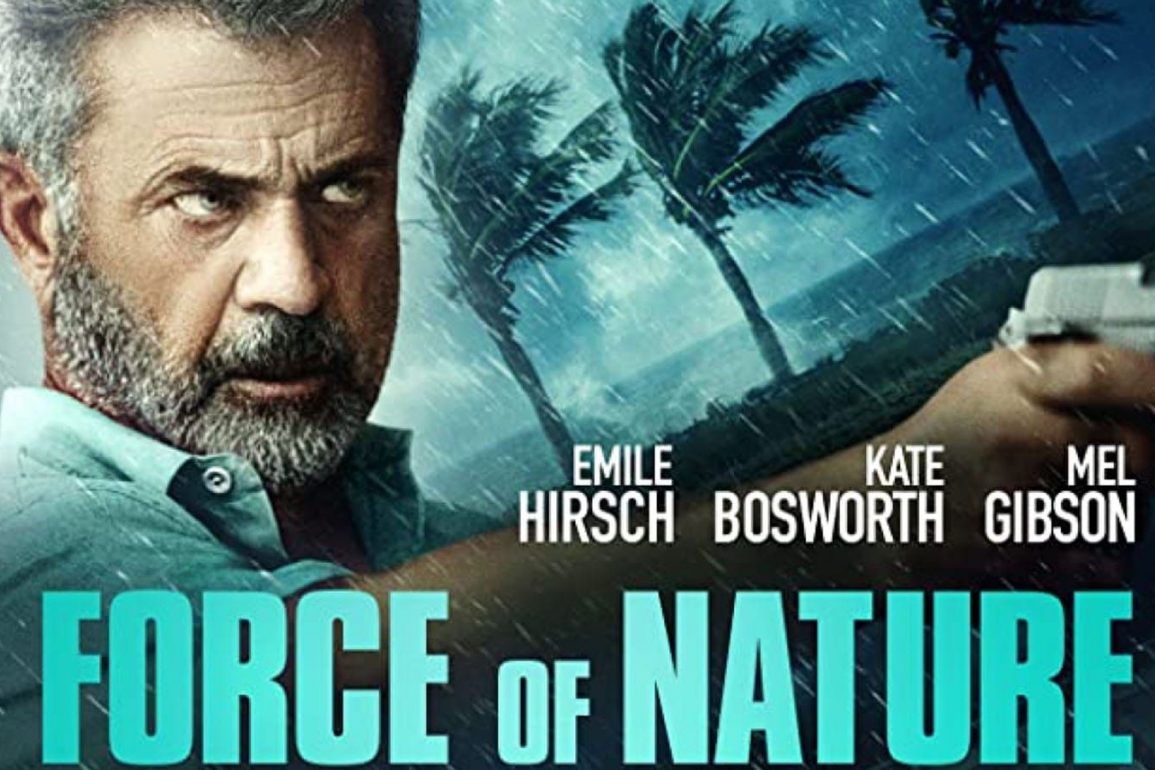 Force of Nature is exactly what you’d expect it to be and without Mel Gibson it would probably be a 2 star film but it has enough action to make it an entertaining ride.

Plot: A gang of thieves plan a heist during a hurricane and encounter trouble when a cop tries to force everyone in the building to evacuate.

Review: Mel Gibson, Kate Bosworth and Emile Hirsch star in this heist thriller set during a hurricane in Puerto Rico; if you’re thinking Hard Rain or Hurricane Heist then you’d be right as this is that type of movie. Personally, I prefer Hard Rain but Force of Nature is still an entertaining diversion elevated by Gibson’s presence. He is more of a supporting character who is a crotchety old bastard and generally rude to people but when the time comes, he steps up and becomes the badass we know.

Cop Cardillo (Hirsch) and his new partner Pena (Stephanie Cayo) attempt to evacuate an apartment block due to the storm but Ray (Gibson) wants to stay put. Things rapidly go South when a group of criminals led by the amazingly named John the Baptist (David Zayas in particularly ruthless form) descend on the building looking for an old man who has some art worth millions of dollars.

At 90 minutes long Force of Nature is well paced with no shortage of action; we’ve got fights, shoot outs and a decent bodycount. John the Baptist is a really nasty villain who is pretty merciless even to his own men; there isn’t much to him other than that so he is a bit one note. This is an action picture though so we don’t really need huge depth of character.

It’s predictable stuff with some obvious foreshadowing earlier on about “Janet” but sadly the way it all goes down at the end is very disappointing. It’s built up and built up then it just cuts quickly leaving you feeling unfulfilled; there should have been an extra few minutes just to give us a better pay off with the antagonists.

Although we do of course find out why he is as bitter as he is Cardillo is hard to take to at first, but Pena was immediately appealing so you’re on her side from the start. I’ve been a fan of Kate Bosworth ever since her scene-stealing turn in Homefront and she is also very sympathetic as Ray’s daughter Troy.

There are a few good one-liners and it’s entertaining escapist nonsense although I couldn’t help feeling that Mel Gibson (and the majority of the cast) is far better than this kind of material.

Overall, Force of Nature is good Saturday night fare with a healthy amount of action and impressive violence; Gibson feels a little underused but he still owns the entire movie making it a fun double bill with Hard Rain or you could even do a triple bill and add in Hurricane Heist.