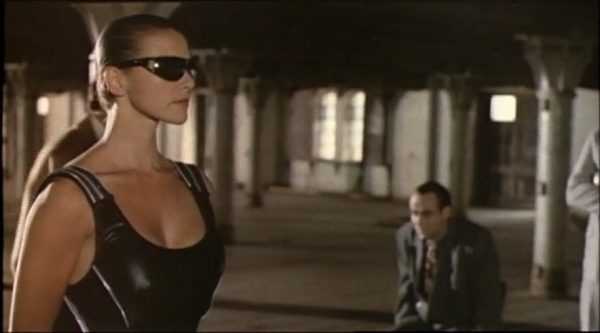 I hadn’t watched this movie for many years but a few weeks back I visited by local flea market and guess what? I got it on VHS. The quality was still fine too and the movie still holds up really well.

The story is about a war breaking out on the streets of Chinatown when a Mafia chieftain vows to take control of the Chinese mob’s drug trade. The cast is impressive too including Russell Wong, Steven Vincent Leigh, Andy Lau (kinda), Billy Drago, Carina Lau and Alex Man with Ronny Yu directing.

You may be thinking “I don’t remember seeing Andy Lau in the film” and if you have the US version (like me) then you’d be right as there is an alternate HK cut which is 10 minutes longer. There is apparently a flashback, which focuses on the close relationship between the main characters Bobby and Danny and their uncle Chi.

What was interesting is that this isn’t set in America but Amsterdam and it has a fascinating history if Wikipedia and legends are to be believed. Apparently Carina Lau, Andy Lau and Alex Man were abducted by triad members and forced to fly to the Netherlands to act in China White.

Aside from that frankly terrifying story the film still manages to be hugely entertaining with underrated badass Russell Wong as one of the leads. If ever there’s someone who deserves to be a massive star it’s him. He has charisma from every pore and is always the coolest person on-screen.

It’s well acted in general with a story that goes in unpredictable directions with the two brothers Bobby (Russell Wong) and Danny (Steven Vincent Leigh) taking control of the local drug trade after Uncle Chi is gunned down by a rival gang.

Bobby starts a relationship with an undercover female cop which begins to create cracks between the brothers because she isn’t Chinese but it never destroys them like you’d maybe expect. The villain of this tale is 100% Scalia (Billy Drago) who always manages to be intimidating as soon as he walks on to the screen. He also has one of the best female henchmen of all time (played by Saskia Van Rijswijk) who always wears shades and kills guys with her stilettos; she’s straight out of a Bond movie and one of the most memorable elements of the film.

There is plenty of action with shoot-outs and fights galore but it also has an electric guitar flavoured score which I have been hunting down for years to no avail.

If you haven’t seen China White it’s worth tracking down as it has a more complex story than you’d maybe expect and the characters are far from one note.