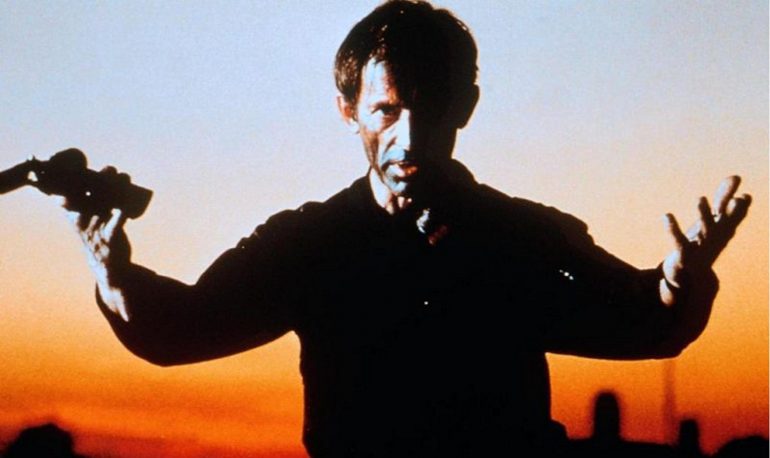 Hit List isn’t an all-time great but there is still plenty to enjoy, mostly from the supporting cast. Jan-Michael Vincent is sadly quite miscast as the action hero lead and he comes across as wooden and unconvincing at times but where this movie shines is the villains. Lance Henriksen is wonderfully sadistic as a brutal assassin called Chris Caleek; by day he sells shoes but his real job is taking out the trash… and he’s really good at it. This guy is even nastier than Fouchon from Hard Target and he doesn’t even have a problem with hurting kids.

You’ve also got Rip Torn as a mafia boss who is at his shouty/crazy best and Leo Rossi as a mobster who the FBI want to become a witness to take down Rip Torn’s Vic Lucas. Charles Napier just felt natural in these kinds of movies and in this he is a terminally ill FBI agent who wants to take down Vic as one last good deed before he dies.

It’s essentially a chase movie with Vincent and Rossi teaming up to find Vincent’s missing kid and it’s never short on action. Directed by William Lustig we’ve got some rather impressive car chases, stunts galore and a few brutal fights thrown in for good measure.

It sadly goes a bit ridiculous at the end as Henriksen’s assassin seems to be invincible, surviving being shot like 10 times and still gets up (no wonder he was nearly a Terminator) but it’s never less than entertaining.

It has a wonderfully 80’s music score with some saxophone and electric guitars as all the best movies should.

Hit List is a thoroughly satisfying actioner so I’m surprised that it has never really had an official DVD or Blu-ray release. I picked it up on VHS a few weeks back so it’s definitely time for someone to rescue it from oblivion.