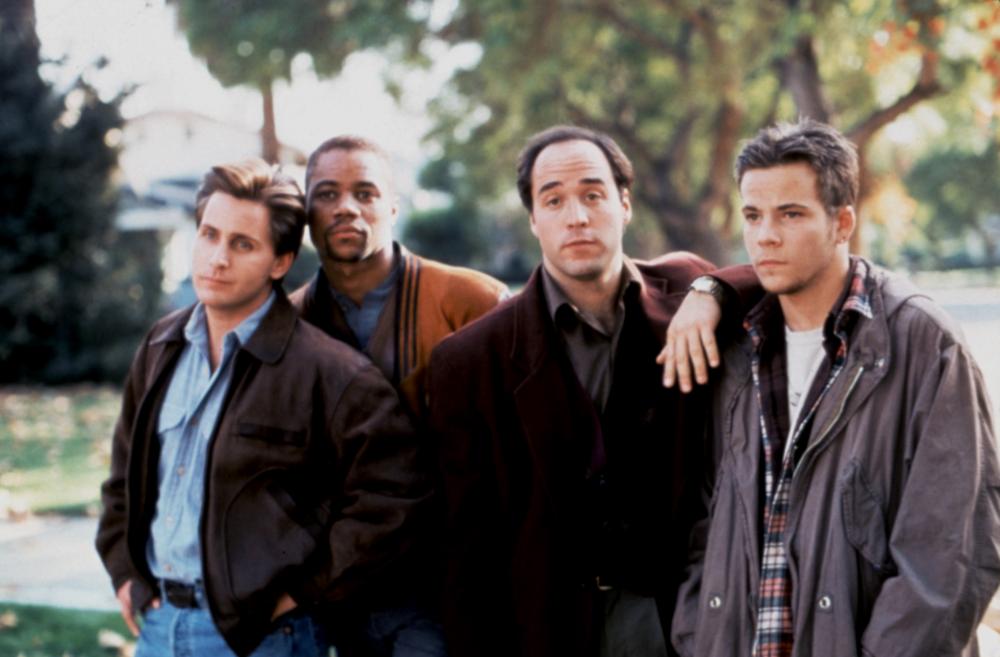 I remember before Judgment Night came out in the UK over 20 years ago I saw the soundtrack on shelves which featured crossovers between popular rock groups and rap artists which had a sound we hadn’t really heard before (aside from maybe Ice-T’s Bodycount). I actually still listen to it today and love romantic songs such as Come and Die which really added to the films tense atmosphere.

It was a straightforward enough story about a new father called Frank (Emilio Estevez) who departs for a night out, joining friends Mike (Cuba Gooding Jr.) and Ray (Jeremy Piven) as they head to a boxing match. At the last minute, they are joined by John (Stephen Dorff), Frank’s brother. Stuck in gridlock traffic, the guys take a shortcut that gets them lost. In a very dangerous neighborhood, they witness a murder by a gang leader called Fallon (Denis Leary). They flee, but Fallon now wants them hunted down and and eliminated.

I was always a fan of Denis Leary and his No Cure for Cancer tape was on repeat for many months around that time too. This was one of the first movies where I saw him play a villain and although Gunmen was released the same year I thought Fallon was pretty terrifying and the more memorable character. He’s the type of villain who would murder his own friends because they were annoying and he wasn’t ruined by anything like backstory; he was just a bad dude. End of.

Our heroes felt believable and I particularly enjoyed Emilio Estevez who made Frank feel like an everyman we could root for as he desperately tries to hold his group together as fear takes over. Jeremy Piven’s fast-talking salesmen thinks he can reason with the gangsters; he is course wrong as he is thrown off a building in brutal style after Fallon pretends to be taken in.

Cuba Gooding Jr.’s Mike starts to fall apart mentally half way through and is simply overcome with terror but manages to become a bit of a dick who endangers his friends.

I love how the group are just normal guys and none of them are action heroes with military training; they are just regular Joes trying to survive their worst nightmare. This makes it all the more intense as not everyone is going to make it home alive.

Alan Silvestri provides one of his more subtle scores but it always gave off an urban jungle vibe which works perfectly in upping the threat level.

If you’ve never heard of this movie or just not seen it then you should seek it out as it still holds up as a tense and exciting action thriller with memorable villains and a group of good guys you’ll genuinely root for.