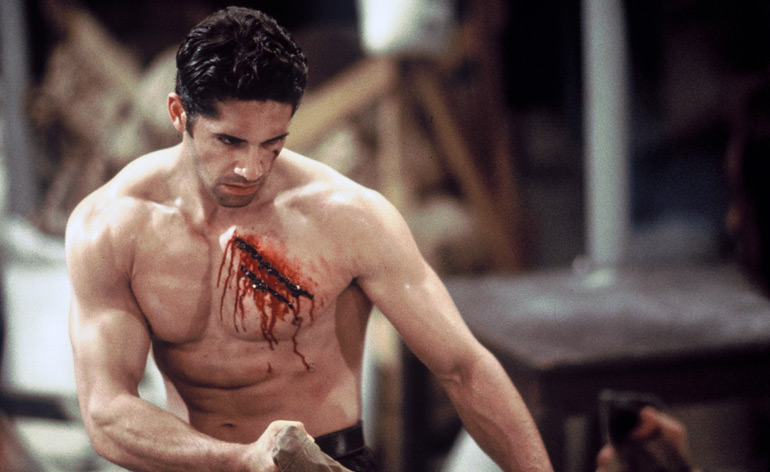 Plot: In a former Soviet Republic, the President is oppressing the people and with help from a former Bosnian General who’s a sadist, he is extremely hated. An American reporter goes there to catch the atrocities on film but is caught. She is forced to make false statements so the Americans send a Special Forces unit to try and rescue her.

Marshall Teague mentioned this movie on his Twitter feed the other day and it reminded me what a lot of fun it is.

Scott Adkins also stars in this men on a mission actioner directed by Isaac Florentine which feels like it should have been made by Cannon films… and I mean that as a compliment.

Sure, it has a low budget and there is the odd piece of ropey acting by the supporting cast but it’s still a complete blast.

It’s well paced with some nicely choreographed fight scenes (especially by Adkins) and it’s never dull for a second. One thing about Isaac Florentine is that if he’s directing, you know the fight scenes will at least be awesome.

The leader of the Special Forces group is played by the charismatic Marshall Teague who gets to have a satisfying final punch up with one of the main villains.

The film has some pretty awesome violence and has one of the greatest bad guy deaths in history, which I’m about to spoil, so if you haven’t watched it, then ignore the next paragraph.

*Spoiler alert* The big bad guy is impaled by the hands on to some crates in a warehouse, which is on fire (naturally). Unfortunately the warehouse just so happens to have 3 missiles hanging from the roof; the fire reaches the missiles and they launch and send the baddie straight to hell. You have to give a round of applause for the sheer creativity of this death and it’s now made my all time Top Ten.

The final fight scene between Adkins and Zaman (Vladislavas Jacukevicius) is superb and is easily the best thing about the film but was also the perfect introduction to Adkins: Future Action Star.

Because of budget restrictions there is some noticeable CGI, mostly used for the helicopters, but it doesn’t take away from the action scenes.

So there we have it; Special Forces isn’t as good as say, the Undisputed series but it’s got some awesome action so grab some beers because you’re in for a fun Saturday night.