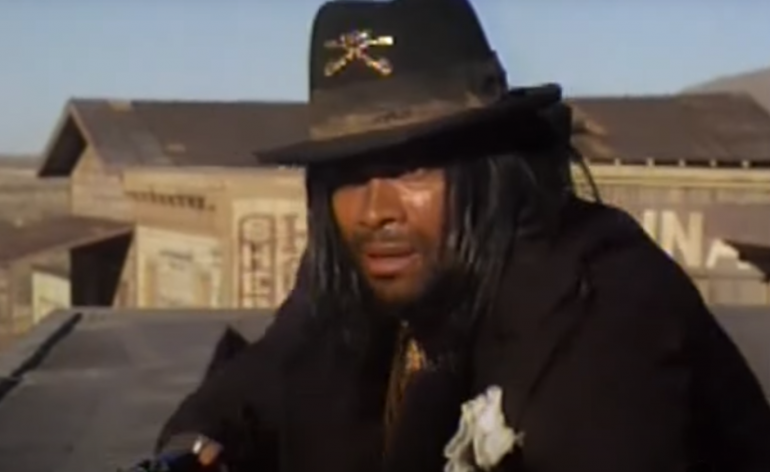 Plot: In the Wild West of the 1800s, a gunman is hired to take a group of emotionally-challenged people across the desert.

Sadly, this is not a feature length movie featuring the gang from Short Circuit 2 but instead it’s a name only sequel to the Mario Van Peeble’s 90’s gem Posse.

A while back I revisited Posse and I literally had forgotten that there was a sequel; someone reminded me of it and I remembered that I had seen it before but it was many years ago.

Peebles returns for this movie (for some reason) but he isn’t playing the same character; now his name is Chance and the movie opens with him crawling through the desert tarred and covered in feathers. He’s rescued by a particularly mean nun called Sister Drexel who has him cleaned up and nursed back to health however, she keeps him chained up so he can lead a bunch of crazy people across the desert because their mission has closed down and they need to find a new home.

There is a reason this movie is generally forgotten as it is for the most part unbelievably tedious and is only elevated by the final 20 minutes.

The rest of the movie is Chance interacting with this bizarre posse who admittedly all give good performances; they are very convincing and Rene Auberjonois was quite a pathetic but likable soul in this tale.

Danny Trejo is the villain Batista who disappears for most of the movie but shows up for the finale in the abandoned town. Bullets fly and blood is shed but I found by the 1 hour mark I had lost the will to live as the story never really grabbed me, lacking any real urgency.

Overall, I can’t be bothered wasting any more time talking about this movie; Los Locos is a tedious watch with little to keep the viewer engaged aside from some nudity and the shoot-out at the end. Other than that it’s better left forgotten.