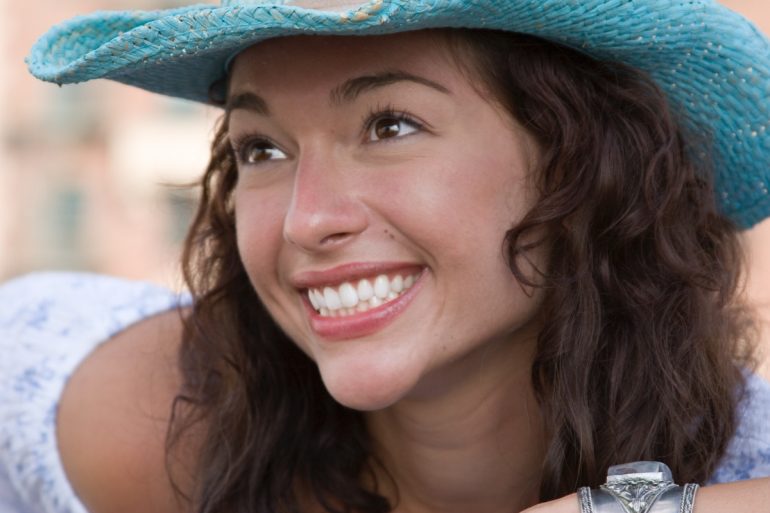 Ballerina I’m not is described as “an underground, underdog story of the prolific journey that women take to follow their dreams and find their way in a male dominated fight industry.” And who better to bring such a story to the screen than wrestler turned filmmaker/producer Francesca Zappitelli.

You were a wrestler and a filmmaker. Do you feel they almost go together?

Yes, they totally correlate. Filmmaking requires dedication and perseverance, maybe even more than professional wrestling or fighting. I think it’s paramount to have a warrior mind state in whatever you do possessing mental fortitude to handle whatever is thrown at you.

They say wrestling is almost a performance in itself – that so much of it is ‘acting’. From an insider’s perspective, just how true is that assumption?

Yes, wrestling certainly has an acting component to it. It’s a soap opera with your champions and villains, also known as baby faces and heels. The matches wouldn’t be as entertaining if they weren’t so character driven.

And does the documentary cover that? Does it show us ‘what it’s really like’?

Yes, Ballerina I’m Not gives and in-depth look into the wrestling world from a females perspective.

How similar are most female wrestler’s stories?

On the contrary, I was amazed by the different stories that I met along the way. That is one of the reason why I wanted to bring Ballerina I’m Not to life to share the various personalities of these unique and dynamic women.

Is there a common reason why most join up?

There was a common thread, that we were fans of WWE/WWF as children.

What was your reason?

Professional wrestling to me is the ultimate performing arts: you are acting, doing stunts, all in front of a live audience and dressed up as a super hero. Come on now!

Was it easy to entice people into getting involved in the documentary?

People will do almost anything if they are put into a tight enough headlock, bwahahaha! On a serious note, I wasn’t the only one that wanted to tell this story, it was a story that needed to be told.

And, we’d be remiss to ask, just how different IS wrestling to ballet?

I think in any sports there is the commonality of hard work, training and in this case tights. The difference to me is how wrestling made me feel. I actually wasn’t allowed to watch wrestling growing up and I was encouraged to participate in typical female sports such as ballet. There is nothing wrong with ballet and I have the utmost respect for ballerinas. However, deciding to follow my dream of professional wrestling empowered me. To me that is what it’s all about being empowered and having the courage to follow your dreams.

working on, say, “Masterminds” to “Ballerina, I’m Not”?

I dedicated a lot of time bringing life to this documentary over the years, it’s very personal to me.

With a scripted fictional short, feature or TV series you have the simplicity of a script to follow. In a documentary you gather footage on your subject matter but it’s unpredictable. Interviews can take you in different directions and through that you need to find a connected story line.

Growing up and as a Canadian, Trish Stratus was one of my favorite wrestler and Chyna of course. She elevated women’s role in WWF, her passing was tragic.

As for present wrestlers, who doesn’t love The Bella Twins, they are definitely WWE’s happily ever after stories. I also appreciate AJ Lee for her courage to be herself and not play into wrestling politics. I also repective the nepotism and hiearchy

Thank you for your time and this interview. Please watch Ballerina I’m Not on Amazon October 6th, 2017.