Actor/martial artist and indie filmmaker Franklin Correa has teamed up with his good friend world kickboxing champion / actor and director Robert Parham (Jackson Bolt, Snow Black) to bring you the fast paced action thriller Manhunt. The film is about a sadistic madman by the name of Santos (Jorge Valentin) who embarks on a journey to play a deadly game of manhunt with a man by the name of Conroy Jenkins (Franklin Correa), a martial artist and survivalist who instructs in close quarter combat and knife fighting.

Now, being thrown into this maniacal game he has no option but to do whatever it takes to survive against several assassins and save his fiancé, FBI agent Stacy Adler (Anissa Smith) while coming face to face with the man who started it all.

The film is executive produced by Franklin Correa, Robert Parham, also Dayveonne Bussey and Jorge Valentin. The film was edited by good friend cameraman/editor John Piekos of shackled pig productions who also serves as a producer on the film.

The film’s music was made courtesy of peter John Ross (sonnyboo.com), Kevin Macleod (incompetech.com), Italian music composer Giacomo Bucci and finally the one and only independent horror director/film composer Marc Fratto of Insaneorama productions. The music was made to fit its 80’s feel for the film once again paying homage to Correa’s favorite director’s John Carpenter, also Walter Hill and Michael Mann.

The film will be released on digital platforms (YouTube, Xumo, Hulu, Pluto TV, Tubi TV, Amazon Prime, VUDU, Indemand and Fandango now) through Maverick Entertainment and distributed on Blu-ray/DVD with amazon.com from Newark Films on January 14th, 2020 so mark your calendars. 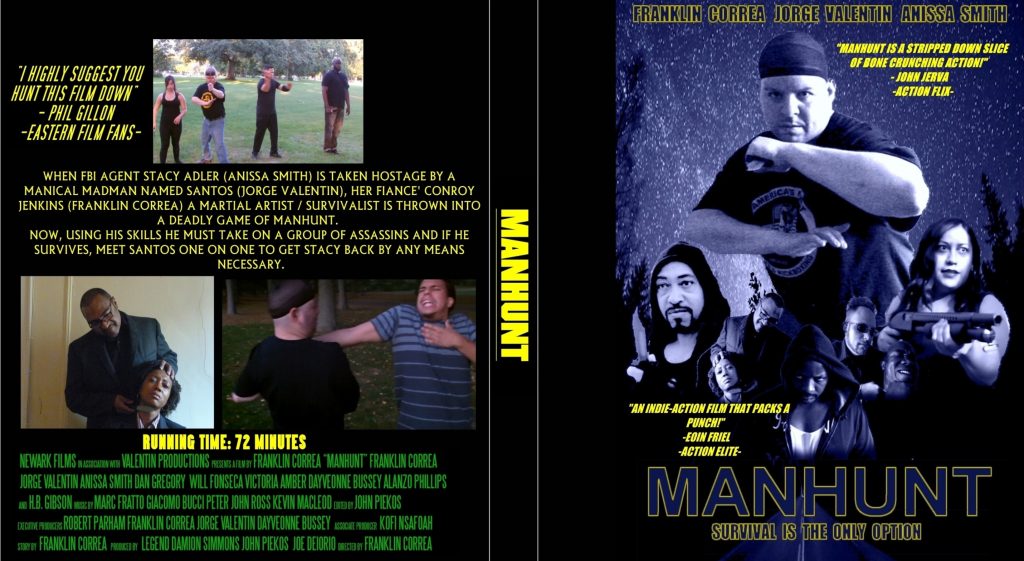