Manhunt tells the story of a sadistic madman by the name of Santos (Jorge Valentin) who embarks on a journey to play a deadly game of manhunt with Conroy Jenkins (Franklin Correa) a martial artist and survivalist who also instructs FBI trainees in close quarter combat and knife fighting. Being thrown into this maniacal game, he has no option due to his fiancée Stacey (Anissa Smith) having been taken by Santos. Now with the help of his trainees Burgos (Will Fonseca) and Lacey (Alanzo Phillips) they will take on a group of assassins where it all first began doing whatever it takes to survive. 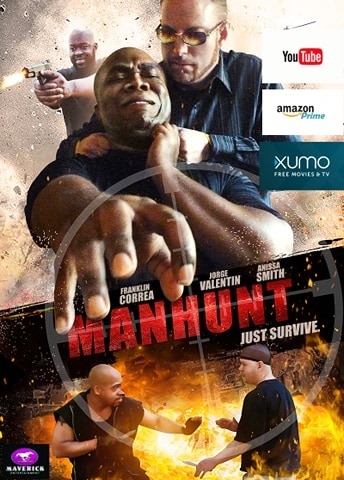