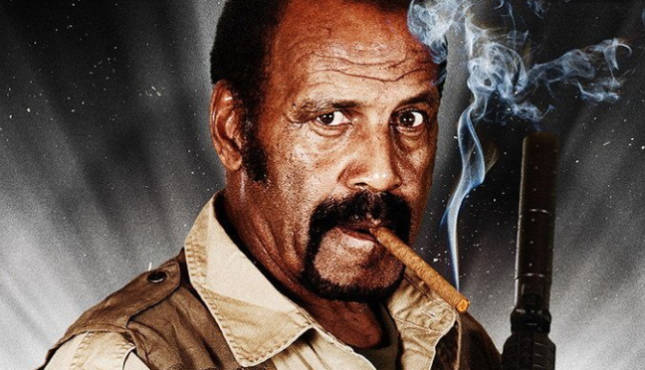 Fred Williamson, also known as The Hammer has had an amazing career spanning several decades; he started off as a pro-football player but would eventually move to acting and his known for his tough guy characters who have a penchant for cigars. Today we chat with the icon about his new film Nazi Doomsday Device.

Your latest movie Nazi Doomsday Device is out now; what drew you to the project and how did you get involved?

I as a friend of the director Nico we had talked several times about working after meeting at the American film market in Santa Monica. I read a script he gave me and I liked it because he understood my image and the characters I portray. I don’t die and I win all my fights no less than any other white film hero also I love working in Europe.

It’s a throwback to classic “Men on a Mission” movies; what do you think is the enduring appeal of that genre?

I’m never try to portray any kind of message in a film except sooner or later the bad guy is going down which I think is the big appeal. The movies I make are for pure entertainment; pick what you like action, comedy, romance. Etc. that’s what films are for…

What was director Nico Sentner like to work for and how would you describe his directorial style?

A production company and the director are supposed to hire the lead actor that has style and temperament of their vision from the script so if that’s the true case then all the director has to do is make his interpretation of the character so there are a lot of personal attributes the actor brings to the story. If an actor has that freedom then you will get performances that are exceptional.

You got to work with a great international cast; any behind the scenes highlights with them you can share?

Behind the scenes is always a no no; I learned that from having a no no background from the locker room when I played pro football. There are a lot of magazines that pay big money to get a behind the scenes story. It never pays enough to be the story teller.

What was the toughest day of the shoot and why?

The worst day of the shoot was when the cameraman took the camera out of his pocket. It was a little regular Kodak camera. I said “Oh boy, what is this? I’m a 35 MM guy what the heck is this going to look like?” I am truly surprised at the final look of the project once I got over the shock. 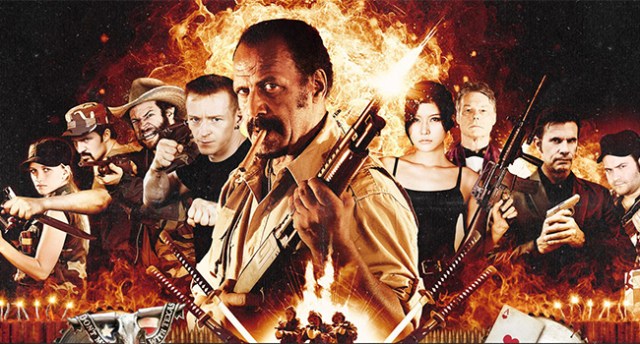 You’ve been in many action movies over the years; what do you think makes for an entertaining action sequence?

Action is what I do to sell my character. Action must have a reason and a purpose to bring the fans to your side as you kick the bad guy’s butt. That’s the failings of the big budget films today; they have action and explosions we could never afford but you don’t really need that if your message to the fans is clear. We need to take this person down.
Today’s movies special effects are the star of the film with the firing the guns, crazy expensive car chases, blowing up buildings and walking away from all. Too much money doesn’t guarantee a good film; it’s what you do with what you got that counts.

It would have been Bruce Lee’s birthday on November 27th and it got me thinking; you were shooting The Black Bolt in Hong Kong while he was shooting Enter the Dragon there. What was your fondest memory of him and did you spar together?

I met Bruce when I was in Hong Kong and asked if I could study with his team. I was there for 9 months at his gym trying to learn all I could from this great artist. The learning was an equal mental training experience as much as a physical one. I shall never forget it and take it with me to the end of my journey to learn more of life’s secrets.

You have a few projects in development; is there a dream project you want to get off the ground and can you tell us about some of your other upcoming movies?

I have many projects I want to do with my company but finding the finance is hard. In the meantime I have an Italian western on the board for January and a gangsta film in London in April. The one I’m trying to get financed is a sequel to Original Gangstas so I never know which will be next but at least it ain’t over yet; I have a few more bad guys to bring to justice.