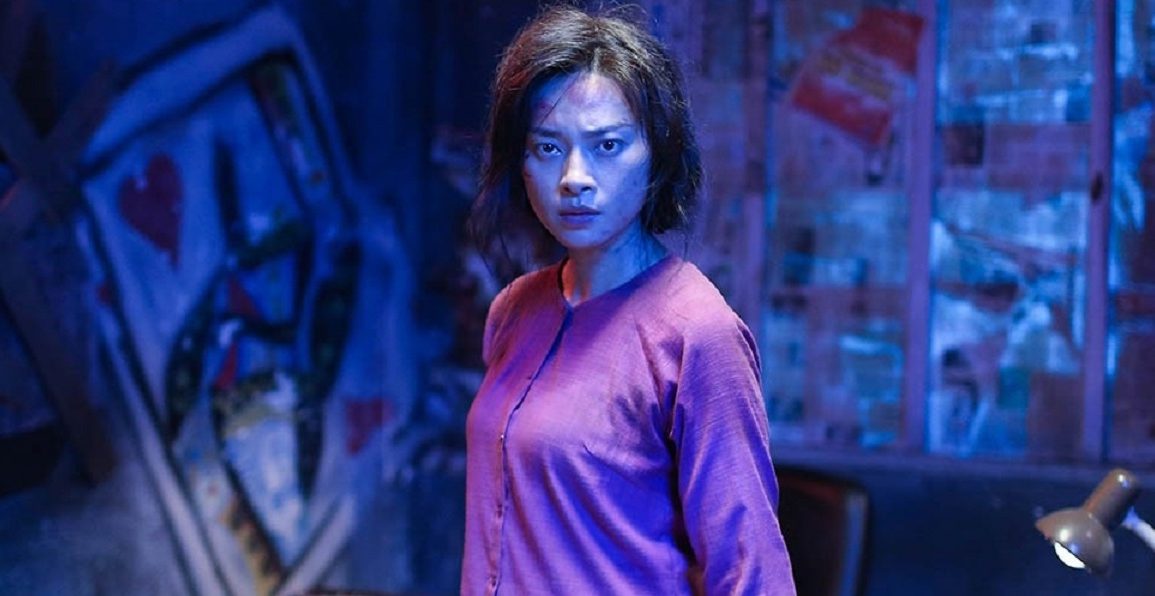 Furie is a no holds barred action movie with a kick ass lead in Veronica Ngo who brings real heart as well as fighting skills to her role making this one of the best action movies of the year so far.

Plot: When a little girl is kidnapped by a trafficking ring, they soon find they messed with the wrong child. Her mother, a notorious former gang leader, is close on their trail and will go to any lengths to bring her child home.

Review: I missed Vietnamese actioner Furie during its brief theatrical run a few months back but it’s now on Netflix so I finally watched it last night.

Reviews so far have been positive and I have to agree and say that the lead Veronica Ngo who plays Hai Phoung is a force of nature and a joy to behold.

I didn’t know until recently that she was also in The Last Jedi as Rose Tico’s sister who dies in the opening scene. What is it with Disney wasting Asian action stars (like The Raid cast) in small and thankless roles in their new Star Wars movies?

Anyway, Furie is essentially Taken with a female lead as Hai Phuong’s little girl Mai is kidnapped by human traffickers; she is like a Terminator and will never stop until she finds her daughter. There are several impressive fight scenes throughout with some beautiful camera work; Furie is one good looking movie too using a varied colour palette so every scene oozes style.

One thing Furie has aside from a badass lead is the sheer raw emotion on display; you believe Hai Phuong will stop at nothing to save her daughter and there are scenes where she breaks down in desperation at times despairing if she will rescue her. She isn’t unstoppable but bleeds and cries like a normal person would but we also get to see how tough she is mentally as well as physically especially with her daughter Mai at first as she trains her to be brave and never show fear. It is never overly sentimental and the way Hai Phuong raises Mai feels authentic.

Veronica Ngo gives a stunning performance and unlike Captain Marvel where Brie Larson had to mention that she was a woman every two seconds Ngo just kicks ass and doesn’t need to broadcast it; her talent is on display for all to see and I think we all know who the real Captain Marvel is.

Hoa Tran eats up the screen as the villain Thanh who also has some serious fighting skills proving quite the adversary for Hai Phuong and their climactic showdown is one of the most exhilarating fights of the movie.

It’s not as brutal a movie as say The Night Comes for Us or The Raid but it is still intense and anything involving human traffickers immediately makes you demand justice through extreme violence and Furie never disappoints on that front.

Overall, Furie is one of the best action movies of the year with a fantastic lead performance from Veronica Ngo who is amazing to watch on screen. It is never short on action and never loses its heart either making it a must-see for fight film fans.