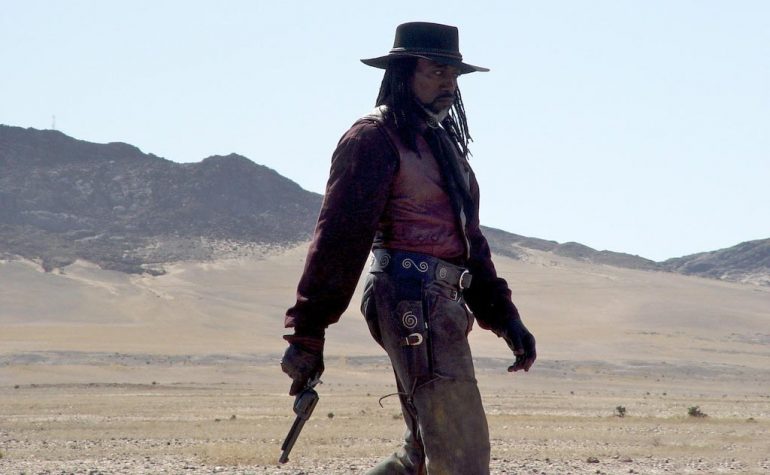 Gallowwalkers is not a film I would want to sit through again and despite a few original ideas it’s not really worth your hard earned cash.

Plot: A cursed gunman (Snipes) whose victims come back from the dead recruits a young warrior to help in the fight against a gang of zombies.

Review: What an odd little film this was; I spent most of the movie scratching my head wondering what the Hell was going on. By the end it mostly makes sense but it feels very episodic and the way the story flows failed to engage. It just feels disjointed with scenes that add nothing really to the story and characters who have no interesting arc.

Wesley Snipes is the lead Aman, and yet this is one of his least interesting characters yet. You understand his motivation but he has little personality and failed to capture the magic he brought to characters like Blade. It doesn’t help that he is dubbed in parts as well; at first I wondered who was meant to be doing the voiceover and realized it was him.

There is some nice gore in places and I admire that they tried to do something a little different; it’s almost a genre unto itself with a mixture of Western and the Supernatural and some bizarre moments.

The villains are pretty nasty and imaginative; although it’s more implied the rape of Aman’s wife still managed to disturb and leave a bad taste in the mouth.

Patrick Bergin has a cameo in one scene but he is sadly dispatched pretty quickly and I felt it was a bit of a waste of a good actor.

The action isn’t all that interesting either; the odd one-on-one shoot out, but no big fight scenes or exciting set-pieces.

Overall, I’m not sure how I feel about Gallowwalkers but it’s not a film I would want to sit through again and despite a few original ideas it’s not really worth your hard earned cash.