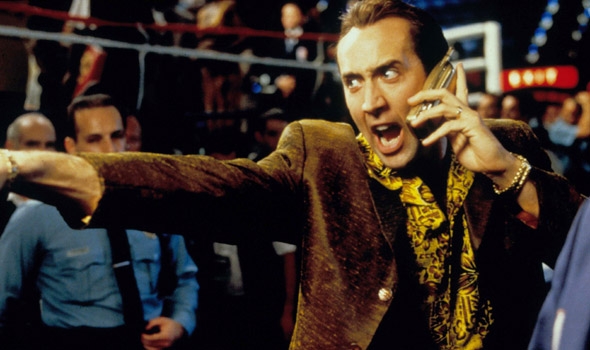 Gambling Movies on Netflix and Amazon Prime to Stir Your Senses

Did you know that there is an umpteen number of fascinating gambling movies streamed on Netflix and Amazon Prime? Well, if you haven’t come across, then, let us familiarize you with some of the popular gambling movies which you must check out if you have a deep admiration for gambling.

The Best Of It

This movie offers an honest overview of a group of professional gamblers in Las Vegas. The movie takes the audience on a journey from winning a close bet to the agony of a losing streak and does a great job in reflecting the ups and downs a player faces in a casino.

The movie features gamers like Alan Boston, Dink, The Shrink and Lem Banker. Some of the important aspects of the movie include money management, the overall grind and getting the best of the number and the like.

This movie is no doubt captivating as it enables the audience to relate to their gaming journey instantly.

The movie 21 is based on a real-life story of a bunch of MIT students who tried to rob Vegas casinos by playing blackjack and counting cards. The main character in the movie is Ben Campbell, who gets admitted into the Harvard Medical School after MIT but cannot afford to pay the $300,000 for the tuition fees. Although Campbell ends up in being a mathematical genius later, he gets into a group associated with one of his professors to join a blackjack team comprising of other genius MIT students who have extremely complex systems for counting cards.

Campbell unhesitatingly joins the group and spends his hours recklessly in gaming and as time passes, things fall apart leading to some events of mishap. Well, this is indeed a classic gambling movie that every gambler should see as the movie takes the audience to a totally different level altogether. So, don’t miss the thrill!

Eight Men Out is an excellent depiction of how baseball and American culture combined perfectly after World War I. The film focuses on that perfect fabric getting torn apart when the White Sox threw the 1919 World Series as 3-1 favourites against the Reds and this is what sets the movie apart from other baseball movies.

The script of the movie is well-written and well-executed. The Black Sox scandal gave purist fans and the American sports leagues a pause when it came to gambling for nearly 100 years.

Although this movie does not seem like a typical gambling movie as there are no playing cards, casino chips or cash involved, the story certainly has a tremendous impact on the betting scene in a casino.

This movie features Nicolas Cage who plays the role of a dishonest detective on the night of a major heavyweight fight in Atlantic City. On the other hand, the movie also focuses on the undefeated heavyweight champion Lincoln Tyler who defends his title at a new casino, but there’s more to it.

After a controversial fight, Cage ends up investigating a seedy bookmaker, while Cage’s best friend, a high-ranking military officer the role played by Gary Sinise, tries to hunt down an assassin.

The story of Snake Eyes is relatable and one is sure to take delight of the action sequence and the storyline as it is deeply awakening. A must-watch!

The movie Win It All revolves around a local Chicago criminal who asks Eddie, a degenerate gambler played by Jake Johnson, to hold onto a giant bag of money which Eddie gambles away. This happens within the first 30 seconds in the movie. But instead of exploring those stakes, Eddie spends the next hour-plus working hard and falling in love.

Further, Eddie’s Gamblers Anonymous sponsor (who for some reason is Keegan-Michael Key) tells him to join a $15k buy-in poker game. After an hour of zero gambling, the final 15 minutes in the movie portrays a moderate scene of gambling.

Gambling movies are a worth-watch as they are sure to excite you tremendously. So, explore a wide variety of gambling movies mentioned above which draws your attention and enjoy to the fullest possible extent. Happy watching, there!