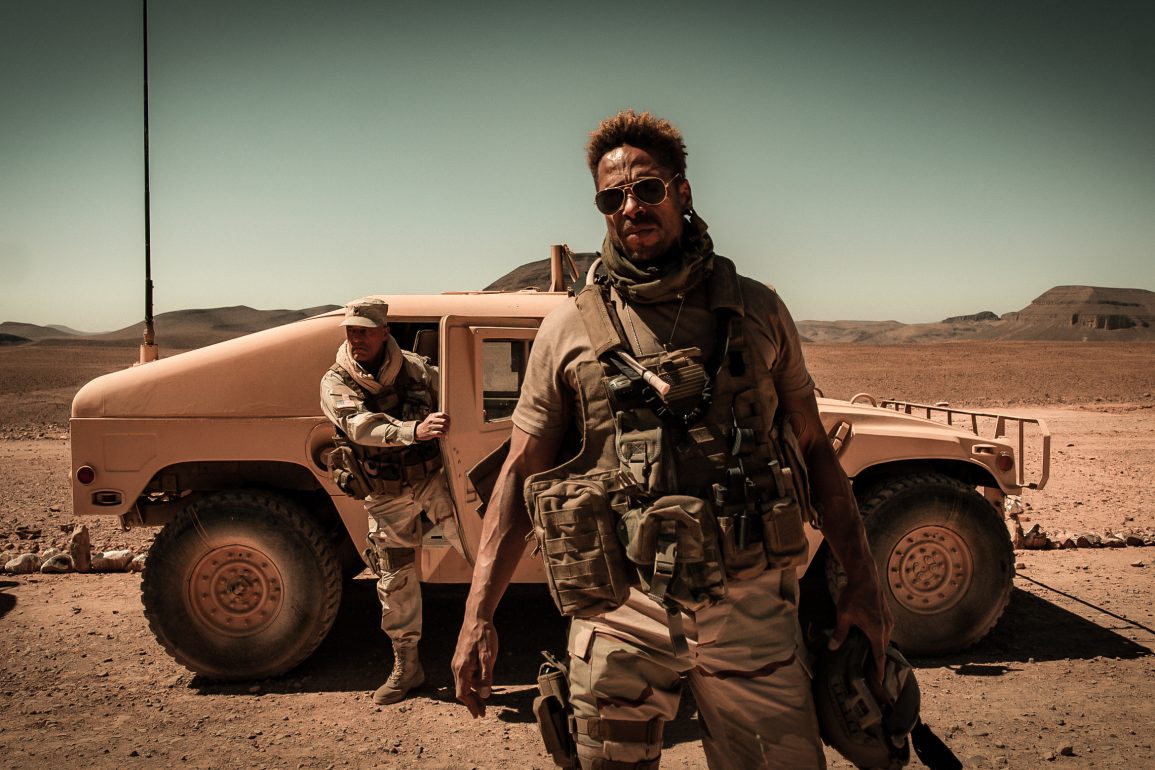 Gary stopped by to chat about the movie with The Action Elite.

Hi Gary, how are you?

Hey Eoin, good to talk to you; where are you from?

I’m from Scotland initially, but based in Canada so that’s why I’ve got the weird accent.

(laughs) That’s a great accent. What part of Scotland are you from?

Glasgow then in 2006 I moved to Toronto and been here ever since.

Oh nice! All right. Love it!

So we’re going to talk about your latest picture Redemption Day. First of all, what appealed to you about the script?

Well, I thought it’d be a great opportunity to take an action character and give him some human qualities and just little beats that I saw in the film at first. I had talked to the director and writer about putting more out there with the PTSD part; the fact that he’s coming with a history and a past. I wanted to incorporate that more into the character. I didn’t want to do the action hero where it’s just unbelievable that he never gets hurt and doesn’t have any faults so it was important for me to portray that. I was really happy to do that role in this way to show some of the dimensions and the depth of the character with the past, as well as I have friends who were Navy SEALs and Marines that I started to craft the character around. There are certain principles and values that they have that I wanted to bring forth with the character and the role that I hadn’t really done before.

As you mentioned, he suffers from PTSD. How much research did you do into that and how it affects people?

I had friends who’ve been negative for a number of years, and I talked with them extensively. As I’ve been friends with them, and they’ve shown me missions that they’ve been on and expressed some of the things that they take home every day. Some of them can’t sleep. I’ve also worked with a therapist that offered a service to those that came back having difficulties incorporating themselves back into civilian life, and they would operate an 800 number anywhere in the world to service those that had been having difficulties so that they can get therapeutic help. So it was something that I had some experience with and also living with a friend that had a father that would visit and have nightmares and also members of my family that were Vietnam vets. That was something that I wanted to do, because we don’t often see that. We often see these people being heroes, but we don’t see that they’re actually human beings. Well, it was important for me to try to translate that into film somehow. 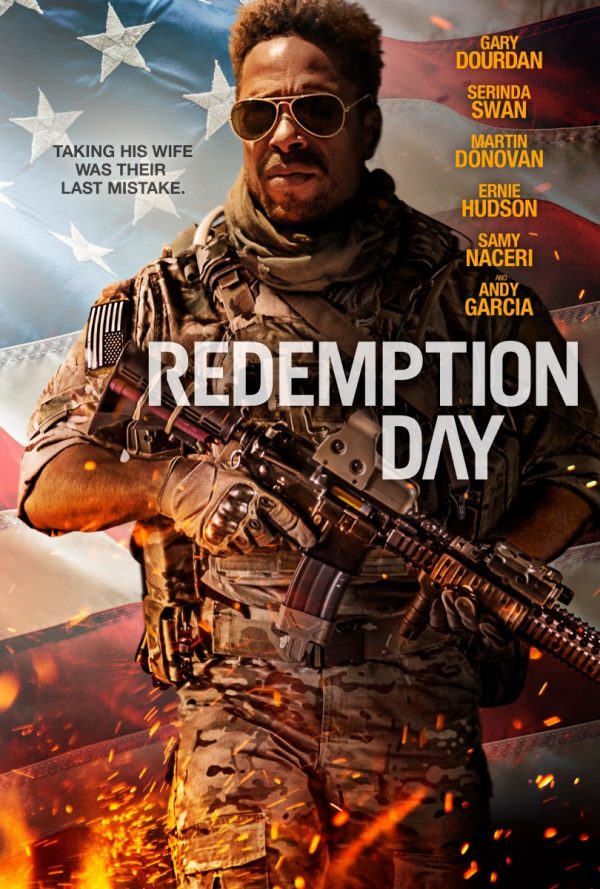 Absolutely, yeah. I mean, for me, it was more of a character drama with action in it rather than an all-out action movie. You really got to feel for everybody in it, which, like you said, just made it all the more human.

Yeah. And I’ve got to say, you looked in fantastic shape in the movie, particularly during the boxing scene. What was the training regime like for the movie?

I ate a lot of Tagine (laughs). I was luckily going there before the film started. We didn’t have a lot of time to prepare. A lot of times when people are working on studio action films, they’ll have eight months, six months, nine months or whatever to prepare for a role. I had about three, so I had to get it started pretty quickly. As I mentioned before, I was doing this thing every birthday of mine, which takes place in December. I go off for a couple of weeks or a couple of months to a boxing camp, a Thai boxing camp and I was doing that as preparation for the role. While I was there, I was also able to do some firearms training because in Morocco, they’re very strict with the firearms so you don’t have any civilians that have guns. There are people in the armed services that do. It was really difficult to get a hold of them before we started principal photography, but I was able to go through a lot of firearms training in Thailand and that helped me get me into a certain kind of shape. Then when you were on the set, you know, there’s not a lot of time before the fights and stuff. We did fight choreography for weeks of preparation, different things that we were doing with the fighting. I was just trying to generally take care of myself which I’ve been doing that for the last decade and hopefully it’s started to show. As I said, the most difficult part in Morocco is not eating because the food is so extraordinarily good that I just wanted to eat the whole time filming (laughs). You know, in the desert, it gets very cold at night so you just want a warm meal. That was the most difficult part of my filming experience was not eating.

Morocco is actually one of my bucket list places to go, so you would definitely recommend a trip?

You have my top, top recommendation, my friend. I love Morocco. I think it’s one of the most incredible places I think I’ve ever seen and I’ve spent some time there (sometimes months); some of the art there is just extraordinary. The craftsmanship is extraordinary. As I said, the food is magnificent. The people are very, very kind. They’re very gentle. They’re coming with principles and honour and are great with their neighbours. The tourism there has been there for many, many, many, many years. When you’re walking the streets, some of the streets and some of the communities are 6000 years B.C. – Marrakesh in particular, coming from an ancient culture it’s a beautiful, beautiful place to visit and I recommend it.

Right, once this Covid nightmare is over, then I’m definitely going to go.

Director Hicham Hajji is from there; how did you find working with him?

Well, I thought it was a great opportunity because often we see a lot of films; Tony Scott and Ridley Scott made a number of films there.

I think Star Wars was filmed in Morocco, probably Blade Runner I think was filmed there too. I can’t remember, but I think Tony Scott or Ridley filmed like 17 films there. So often you’ll get American productions (or English) productions but this is the first action film by a Moroccan director. So I feel very proud of that fact and I hope that it perpetuates more work with Moroccan craftsmen. I was able to just do another film produced by Kitchen Film by another Moroccan director of Jewish Moroccan descent.

Once again, I’m happy to go over there and lend my hand; there’s an acting school there that I was speaking at and they’re looking forward to making more films with them at the helms of their own products. I’m really happy to help that along. So very proud to be a part of this production. 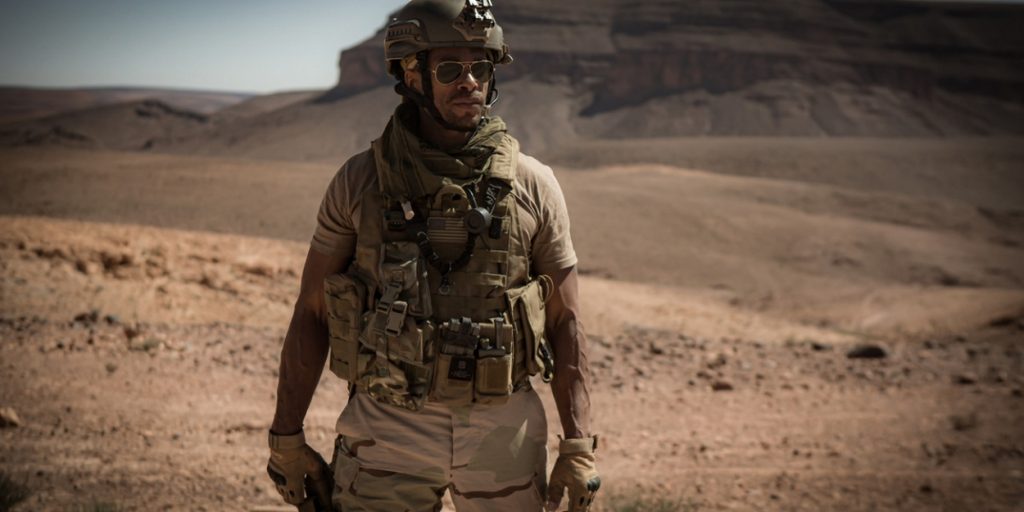 I thought the way it ended is definitely open for a potential sequel. Do you think Brad Paxton could possibly return in the future?

I sure hope so. I’m still ready. I’m still in fighting shape, so let’s go. I’m looking forward to it. We had such a great cast and I’m hoping the cast return, Ernie Hudson as my father was a shoe in and I looked at the footage and man, we look related! Andy Garcia was awesome to work with and when you’re working with professionals like Serinda Swan, Andy and Martin Donovan, who’s done so many films, this raises the bar for you as an actor. I’m certainly looking forward to doing that all again.

Generally, what do you look for whenever a script comes across your desk for it to jump off the page?

Well, one thing that really concerned me was that this is an action film and I love the genre. I love it so much and I have so many heroes in it. One, of course, is The Rock who I think is amazing. Jackie Chan is another hero of mine. I didn’t want to do what they do because I probably can’t do what they do (laughs). They’ve been doing so many films their whole career. So I wanted to certainly do something different and bring something different to the screen. That’s one thing is originality. I don’t want it to be derivative. If I’m getting a script I want there to be some kind of originality there that hasn’t been seen on film. That’s first and foremost in my mind, is doing something that hasn’t been done yet.

Finally, what would you like audiences to take from Redemption Day?

Well, I would certainly like them to look at the character of Brad Paxton in the way that he goes as an action hero, that he does go to some foreign lands to take on some of the local customs and speak the local language. Even though he’s coming as an armed serviceman that he had to have a certain respect for the culture and I wanted that to somehow translate to the screen as well as his affinity and his respect towards the family structure that he has. His primary focus is keeping his family together and that’s one thing that Ernie Hudson’s character does as the father is that he stresses the importance of that to my character Brad Paxton – to respect the love that his wife has for him and to just go in and get his family back together. I think that’s one thing that I’d like them to concentrate on and I’d like to translate that those are the things that are most important. His heritage and his family.

Well, that’s it from me; good luck with the film and here’s hoping you have a happy and healthy new year.

REDEMPTION DAY will be available In Theaters January 8, 2020 and On Digital and On Demand January 12, 2021.