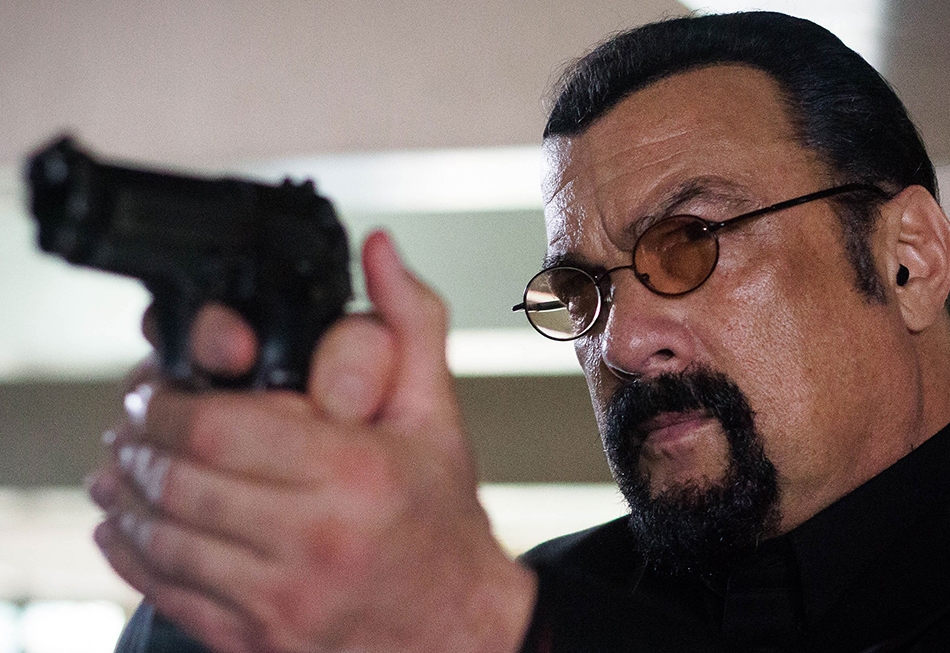 General Commander is another Seagal movie where he needn’t have bothered showing up as he displays no personality whatsoever and the lack of interesting action makes it not worth investing your time. The filmmakers deserve better.

Plot: A CIA operative exacts revenge against the mob boss who killed a member of his team.

Review: The latest magnum opus from Steven Seagal was I believe initially going to be a TV series but instead has been reedited into a movie. It’s been a long time since I looked forward to or enjoyed a Seagal flick and unfortunately this hasn’t changed my mind.

I think it’s safe to say of all the action stars he has aged the worst; in General Commander Seagal spends most of his screentime sitting in the background staring into space while others talk. He shows no emotion whatsoever and it’s hard to believe this is the same guy who was in Above the Law. Imagine if he and Bruce Willis did a movie together… it would be the most boring film of all time with the two leads vying for who can look the most disinterested.

It’s a shame considering the talent involved; Philippe Martinez directed the JCVD flick Wake of Death and General Commander does have some of his style. Co-director Ross Clarkson also does the best with what he can here but when your lead actor just isn’t in the room then it’s a hard sell. It at least looks nice with some impressive international locations giving us a welcome break from the usual Eastern European places.

Rising action star Ron Smoorenberg shows up half way through but is sadly underused and I was hoping for an awesome fight scene. We get a brief one between him and Seagal but it isn’t worth talking about. There is very little in the way of action in this movie anyway and the pacing is so plodding it’s difficult to remain interested.

It must be frustrating for filmmakers working on movies like this; I mean we have John Wick 3 still in theatres so why would anyone watch this instead other than for nostalgia hoping to get a glimpse of the Seagal from the early 90’s. Sadly, it doesn’t happen but at least Seagal actually recorded his dialogue this time around and isn’t dubbed like some of his previous movies.

There is some characterization for the supporting cast but too much time is spent focusing on them mourning for their co-worker who only had about 45 seconds of screentime so we never had time to build any emotional connection to him. When we watch a Seagal flick we know what we want to see – him walking into a bar and bitch-slapping everyone; admittedly he’s too old to be believable and it wouldn’t work so the kind of mentor role is the type of role he should be playing; I just wish he would even pretend to care as he adds nothing to the movie.

Overall, General Commander is better than Seagal’s other recent output but he still looks like he’d rather be in Russia with his buddies and it lacks any memorable action scenes; if you’re a die hard fan then you may find something to enjoy but there are so many other better movies than this that it’s hard to recommend.