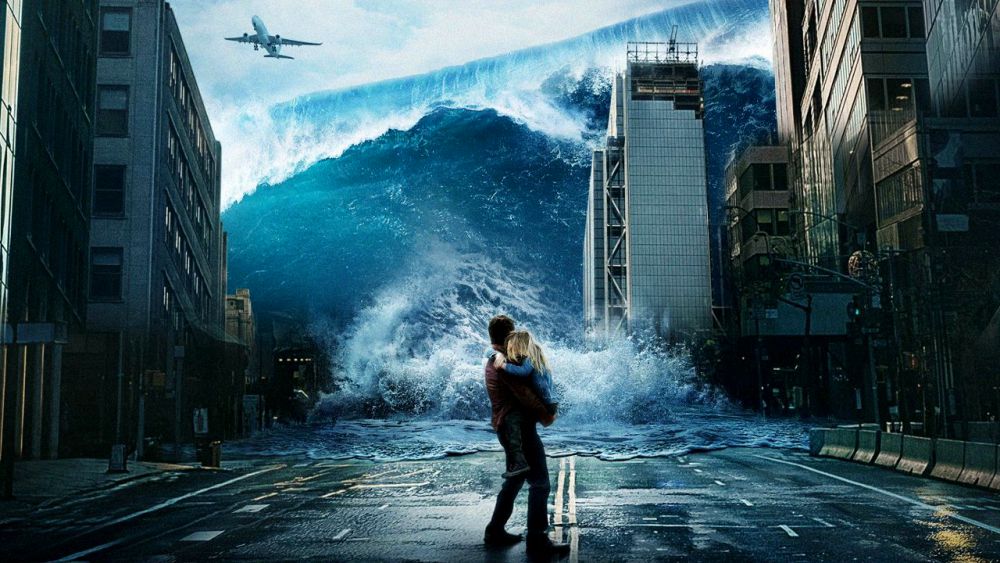 Geostorm is big dumb fun and if this was the 90’s it would likely be a massive hit. If you go in expecting a diverting Saturday night disaster movie you might just have a good time.

Plot: After an unprecedented series of natural disasters threatened the planet, the world’s leaders came together to create an intricate network of satellites to control the global climate and keep everyone safe. But now, something has gone wrong: the system built to protect Earth is attacking it, and it becomes a race against the clock to uncover the real threat before a worldwide geostorm wipes out everything and everyone along with it.

Review: Where critics have been raving about the overrated The Villainess they’ve been quite happy to dump all over Geostorm even before it came out. I can understand why they wouldn’t like a movie like this as it’s one of the silliest movies you’ll watch all year… but I still had a blast and would watch this again on Blu-ray (or VHS if I could).

It’s pretty much exactly what you’d expect but sometimes that isn’t a bad thing; Geostorm is a cross between The Day After Tomorrow and Armageddon feeling like a throwback to the golden age of the 90’s when blockbusters were fun.

Geostorm is an entertaining directorial debut from Dean Devlin which does exactly what you want from it; I went into the theatre wanting smashy smashy and it delivered. There were some imaginative ideas in terms of the technology used and it got me thinking how much of it would actually work in reality and how much was pure Hollywood nonsense.

I’m also a big Gerard Butler fan who is a fellow Scot so I always have to support my boy. Sure, he can’t hide his accent but he manages to still have enough charisma to keep things moving and have you rooting for him to save the day.

You can’t go wrong with Andy Garcia as the President either and frankly I wish he was in real life; he brings dignity and poise to several scenes and remains one of my favourite actors.

Although it’s a little slow in the first half we do get some time to spend getting to know our characters and I actually liked how they were developed; I enjoyed the relationship between the two brothers however, most of the supporting characters were one-dimensional and forgettable.

The story and script were also quite predictable and I knew who the villain was as soon as they came on screen.

I saw it in 3D which surprisingly worked well and there were a few moments which really stood out; the special effects were much better than I expected with some spectacular moments of devastation.

It does get a little preachy (and cheesy) with the kid’s voice-over telling us all to be nicer but it’s hard to argue with the sentiment and it was refreshing to see a film which had a positive message.

Overall, Geostorm is big dumb fun and if this was the 90’s it would likely be a massive hit. If you go in expecting a diverting Saturday night disaster movie you might just have a good time.