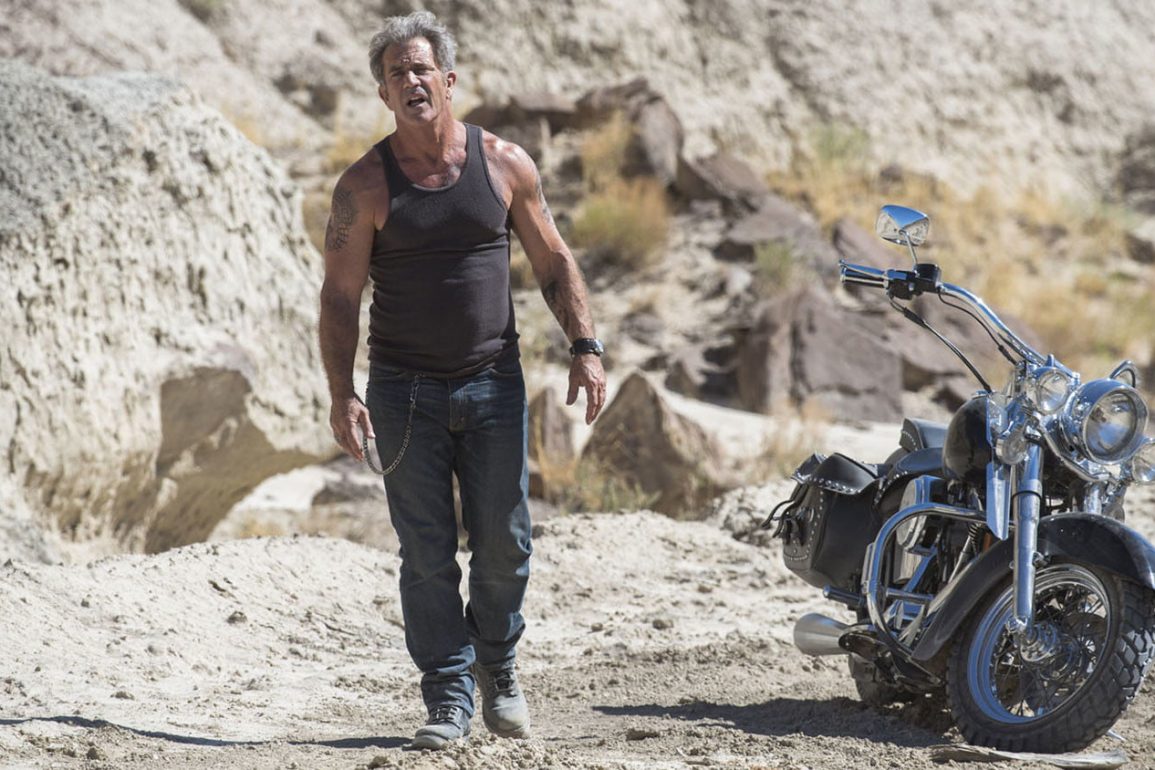 Get the Gringo vs. Blood Father

Get the Gringo and Blood Father are two of my personal favourite action movies from the past few years and both star the always watchable Mel Gibson doing what he does best: kicking ass and taking names.

So for today I thought I’d pit these two movies against each other and see which one is truly the better movie.

Otherwise known as How I Spent my Summer Vacation, Get the Gringo has Gibbo playing a career criminal nabbed by Mexican authorities who is placed in a tough prison where he learns to survive with the help of a young boy.

As I mentioned in an article I did a few months back Gibson is on vintage form in this movie; he has one-liners galore, has no problem using violence to solve problems and is cool as ice with a side order of crazy.

There is always the threat of violence throughout and the prison only adds to it; we don’t go long before shit hits the fan and Mel is forced to kick ass and take names in order to survive. I like how his character is mysterious and we never actually find out his name or that much about him giving off that 70’s movie vibe where we had mysterious and nameless drivers as protagonists.

Peter Stormare never disappoints when he’s in villain mode and he is clearly enjoying himself here. There is a kid in the movie who is actually sympathetic and never annoying which is definitely rare.

The dialogue is sharp throughout keeping the pacing tight and the shoot-out midway through is arguably the action highlight too.

Blood Father was that rare movie that was actually better than the novel it was based on. In the book I found the character of Lydia totally unsympathetic and too much time was spent with her rather than John Link who was her badass ex-biker father. The movie is much tighter in terms of pacing and manages to use the old “see don’t tell” mantra which would normally take several pages to describe.

Mel Gibson was born to play John Link and any time I read the book I see/hear him. Lydia is portrayed by Erin Moriarty who makes her far more likable than her novel counterpart so you actually are on her side. The movie also has the addition of Michael Parks in one of his last roles before he passed away; he plays an untrustworthy former friend of Link who just may be out to betray him.

At under 90 minutes the pace is fast never wasting a moment and yet you still grow to care about this messed up family even though you have an idea how it will go.

In terms if action it’s mostly small scale but there is plenty of R-rated moments with shoot-outs and a motorcycle chase where a bad guy comes to a particularly nasty end.

Hmm, this is a toughie actually as I love both movies but I’m going to have to go for Blood Father as it did such a good job of adapting the novel only improving and tightening up the story. Gibson is on fire in both movies but I find John Link one of his best characters to date; the addition of Michael Parks who is always intimidating is only a bonus too. Which do you prefer?