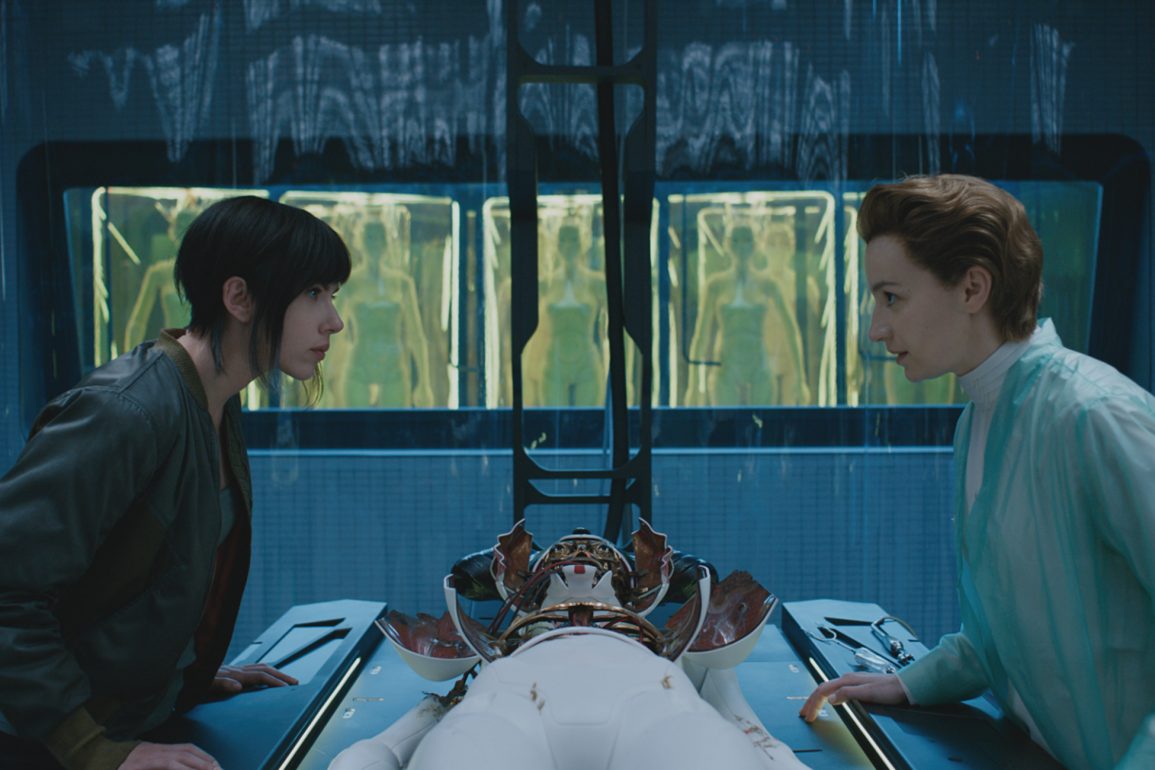 Ghost in the Shell is a disappointingly empty affair and despite having some sumptuous visuals it was just plain dull.

Plot: In the near future, Major (Scarlett Johansson) is the first of her kind: a human who is cyber-enhanced to be a perfect soldier devoted to stopping the world’s most dangerous criminals. When terrorism reaches a new level that includes the ability to hack into people’s minds and control them, Major is uniquely qualified to stop it. As she prepares to face a new enemy, Major discovers that she has been lied to, and her life was not saved. Instead, it was stolen.

Review: I’ve never seen the original anime version of Ghost in the Shell; I wanted to go into this movie judging it on its own merits so I wouldn’t be sitting there comparing it to the beloved classic.

So after coming out of the theatre my main question was is the anime version just as boring as this? There are some stunning visuals and the influence of Blade Runner is immediately apparent but the pacing really dragged and I never felt engaged with the story at all.

I love Scarlett Johansson but due to her character not being 100% human her voice was quite monotonous and I actually found myself nearly drifting off to sleep at times. I’m not entirely sure she was the right choice for the role and after seeing the movie I can understand the controversy surrounding her being cast.

It’s not like I didn’t get the story either as there really wasn’t all that much to it and it was really quite straightforward. As I mentioned it owes quite the debt to Blade Runner not just in terms of visuals but also the themes of what it means to be human. This movie only touches on some of the ideas I’ve read about in the original anime like AI being the next step in evolution but I just wanted to care about one of the characters.

I was never really thrilled by any of the action either and frankly there just wasn’t enough of it; I felt it just wanted to show off its (admittedly stunning) visuals trying to distract from the sheer lack of an engaging storyline or decent script.

It wasn’t a terrible movie; I just expected a little more from it and I have a sneaking suspicion that if I watched the original anime that it would feel like a more complete film.

There really are some inventive ideas on display though and the future world feels like it could actually exist sooner rather than later and the dystopian city is scarily believable.

It was also great to see a supporting cast that included Michael Wincott, ‘Beat’ Takeshi Kitano and Juliette Binoche.

I thought Michael Pitt did a fine job as Kuze; he genuinely looked synthetic and the way they changed his voice to sound more robotic was one of the highlights.

There are only a few action scenes and nothing really stood out aside from the rather cool Spider-Tank and a couple of nicely done shoot-outs. It didn’t help that the theatre I was in had poor audio so we didn’t really get to experience the full effect of the sound design or score.

Overall, Ghost in the Shell is a disappointingly empty affair and despite having some sumptuous visuals it was just plain dull. I’d wait for Netflix.