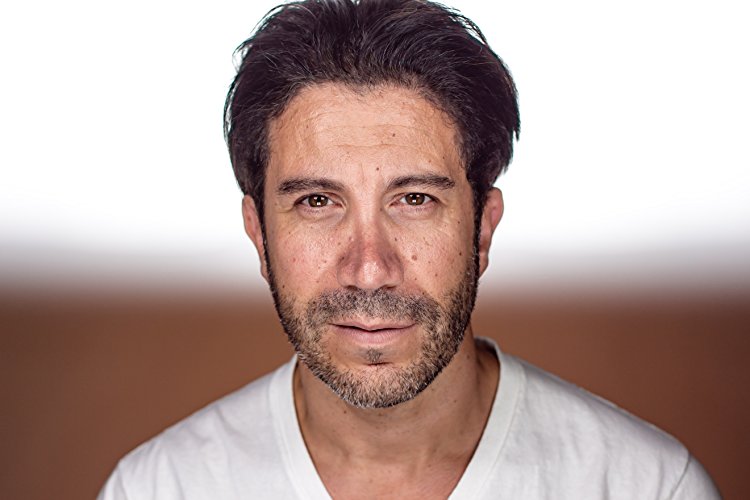 I sit down and chat with my fellow Scot about his career, working with Dolph Lundgren, Vinnie Jones, Cung Le and much more.

Thanks very much for chatting with us.

Well, I brought in Giorgio for the first movie, which was Ambushed/Hard Rush; I’d worked with Vinnie Jones on another film before called The Cross about two or three years ago. We stayed in touch and became friends; Vinnie’s the kind of guy that is so genuine that when you meet him you just remain friends forever. He’s just that type of guy. Anyway, I brought Giorgio on because I thought he was a great director after Game of Death; I really loved what he did with that.

Dolph came on, then Vinnie and we all just had this really great synergy between all four of us so we wanted to try two or three back to back, which we did.

For the third one, I was sitting in my local coffee shop and sitting across from me was this English guy James Coyne. We started chatting and he said “I’ve got this really good script”; so I saw the script and I really liked it. I thought it would be great for the team to do. James was actually friends with Cung Le before he became part of the team on Puncture Wounds/A Certain Justice. It all just clicked into place one after the other which was really good. I’m hoping to do something else with Giorgio at the end of this year and right now offers are out for a movie with James as well. So hopefully we’ll have one with Giorgio and one with James coming up…

I’m a big fan of Giorgio, he can do a lot with a small budget; is that one of things that appeals about working with him?

Yeah, he’s the type of guy who knows what the budget is and how to shoot something and make it look good without maybe cutting. He can make it look bigger than it actually is; when he worked on Game of Death I think he learned a lot of tricks from that movie. He can read a script and say “this here is really expensive to shoot, it doesn’t do anything for the film, it’s not like it’s an action piece, so let’s change it to this!” so he’s really good that way and very understanding.

I liked how all three films feel very real. Nobody is over the top which makes it more believable; was that important?

Yes, we all tried to do something different as characters; we didn’t want to keep playing the same characters in the three films. So that’s why Dolph had his beard in the last one, he’s a good guy in the middle one and a cop in the first one. I got to play a Glasgow type NED (Non educated delinquent), to FBI cop to a Sons of Anarchy type of guy. So yeah, you try to keep it as real as possible and nothing too unbelievable. That’s one of Giorgio’s strong points.

Whose idea was it for Dolph’s epic moustache and hairdo for Puncture Wounds?

I think that was actually Dolph the actor’s idea as he wanted to change things up a little bit and try to get into the character more rather than just being himself again.

Dolph comes across as someone without ego and a genuinely nice guy.

He’s very placid and a very easy, go lucky guy; he just gets on with it and he’ll have these ideas during a scene. He likes to block out a scene a lot and it all comes down to what editing you have too. The editing can really change somebody’s demeanour on a film and I felt that on some of the films some of the editing worked better than others. One of the movies was quite different from the way it was shot and some storylines were started but didn’t go anywhere. As far as actors and directors go, we do our best and put what we can on screen to be used.

I love your character of Vin in Puncture Wounds; a conflicted bad guy who is tired of it all. What do you think happened to him after the events of the film?

The funny thing was, which was quite disappointing, at the end of the film you see Vin get on the bus with Tanya. So we know he got hit in the leg, we know he’s still alive so did he get away from the police? Did he not? So I don’t know why that wasn’t in it, because Giorgio shot it where both of us got on the bus together and that was that.

Were there any military advisors on Puncture Wounds as it felt very authentic with the fights and PTSD?

Yeah, well Cung is a martial artist and Dolph’s trained as well; we had two stunt coordinators Scott Sheeley and Jimmy Lui. They both wanted to give Cung more of a military style attack feel; one of the good fight scenes was him in the corridor at the end. There are some great action scenes there which really gave him the chance to show off his skills.

I actually thought Vinnie Jones was really good in the film as well; it was that one time where he didn’t play the hard guy and he played the guy who was getting picked on by the hard guy. It was a complete role reversal and I thought he did absolutely amazing. So you get to see Vinnie doing something other than being a tough guy.

Even the smaller supporting characters have their moments to shine. Sgt. Terry Mitchell played James C. Burns in Puncture Wounds for example; he spends his spare time with his dying wife. Was it these details which appealed to you about the story?

I really liked it because it wasn’t just guys getting their drugs stolen or somebody gets their girlfriend kidnapped. This one had a few more touching moments I think and I loved that particular arc. I thought he was one of the best characters in the film. You really felt for him, especially when he went back and his wife had passed away. It wasn’t just the usual action film where it’s just explosions, guns and fights; there was a little more to it.

I also think James Coyne is a really great writer and you’ll find you’re gonna get a lot more out of him in the near future as his writing is fantastic.

What made you want to be a producer too?

Well I’ve got a creative side and I’ve got a business side so for me neglecting one to feed the other doesn’t make sense as you’ll never really feel fulfilled.  It’s like a yin and yang where sometimes as an actor you love to go do this and that but as a producer you’re saying “Well, we don’t have the budget for that” (laughs) so it’s like “Let’s not do that”. It’s a great combination and I think everybody in town is doing it from Wahlberg, to Depp to Cruise; everybody’s doing it. I produced a film I didn’t act in called Badge of Honour in Vancouver. If something feels right in a film then great but otherwise I wouldn’t want to force a role into it, if you know what I mean.

What’s your favourite of the three films?

I think the first one Ambushed/Hard Rush was my personal favourite; I got to be a Scottish NED or whatever you want to call it in LA. Playing the bad guy with a sympathetic side is always more fun. Randy Couture was such a lovely guy too and I really hope to work with him again soon.

Yeah, your character was arguably the best of the three in this one…

It’s funny when you edit a film like that you’ve got to try to not obscure too much, from an Executive Producer side. I think one of the biggest hiccups was Blood of Redemption because it had a running total of about 78 minutes, which made it a tad too short.

You’ve recently been back in our home country of Scotland again working with Greg Hemphill on his directorial debut “Gasping”.  Tell us about that?

It was great; it’s with Frankie Boyle as well and in the movie I’m his best mate. He gives up drinking in this flick and he loses his job because he had a drink problem, so I offer him a job to work at a Distillery I owned. So all I’m doing is reminiscing about the days when we used to party and drink. We went to Japan and everywhere else in the world and I’m trying to get him back on the drink. I’m that obnoxious annoying friend who is continuously trying. To be honest with you, Frankie and Greg are some of the funniest guys around so working on that set you’re just laughing all the time. It was also really nice to be back home as I’m always out in LA these days. It was a great opportunity to goback home and do something. The BBC were behind as well which is good.

So what else are you working on?

I just did a movie in Italy called Janara; it’s a Witch movie and I think I just completed that in May. There’s another movie shooting in October/November and that’s the one with Giorgio we’re trying to do. So we’ll head over to Italy for that but before then we’ll be shooting with James Coyne in September.

I also was Hyde in Mickey Rooney’s last film Jekyll and Hyde where I joined action legend Vernon Wells from Commando. We really clicked on that movie. Finally, I’d would really love a gig on Sons of Anarchy’s last season which has just started shooting now…

Well thanks very much for chatting with us and all the best with the upcoming movies.