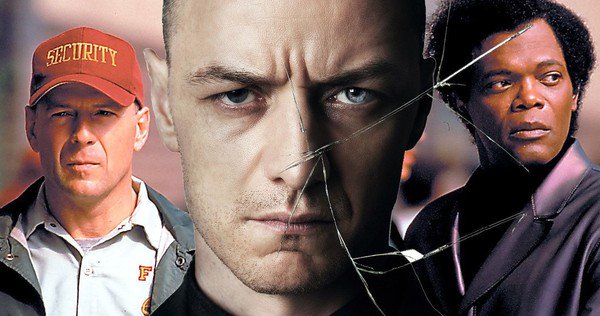 Glass is a fitting end to the trilogy with James McAvoy once again proving he is a true talent and Bruce Willis showing that his personality died about 20 years ago but it’s a unique take on the origin story with a couple of entertaining fight scenes. It’s never spectacular and it takes a while to get where it’s going but I still consider Split the best of the three movies.

Plot: M. Night Shyamalan brings together the narratives of two of his standout originals—2000’s Unbreakable, from Touchstone, and 2016’s Split, from Universal—in one explosive, all-new comic-book thriller: Glass. From Unbreakable, Bruce Willis returns as David Dunn as does Samuel L. Jackson as Elijah Price, known also by his pseudonym Mr. Glass. Joining from Split are James McAvoy, reprising his role as Kevin Wendell Crumb and the multiple identities who reside within, and Anya Taylor-Joy as Casey Cooke, the only captive to survive an encounter with The Beast. Following the conclusion of Split, Glass finds Dunn pursuing Crumb’s superhuman figure of The Beast in a series of escalating encounters, while the shadowy presence of Price emerges as an orchestrator who holds secrets critical to both men.

Review: It’s been a while since I watched Unbreakable and I have to be honest and say I never really loved it; I thought it was fine but it was essentially the beginning of mopey Bruce Willis who we haven’t been able to get rid of ever since. I thought the story idea was fantastic and Samuel L. Jackson as Mr. Glass was inspired but it was the 2016 thriller Split which I thought was the better film due to the stellar performance from James McAvoy who I consider one of the greatest talents working today.

The two films come together in Glass which is the sequel to both films bringing all these characters together for a possibly super heroic showdown… but is it though?

This is an M. Night Shyamalan film after all and his films tend to defy convention so you should know going in that this isn’t going to be The Avengers. This is more adult oriented fare and may be too cerebral for mainstream audiences as it’s rather slowburn for the first half and not exactly packed with action. I wouldn’t really define this even as an action movie but there are several fight scenes and the final half hour has an entertaining showdown worthy of mention here.

Once again McAvoy towers over the rest of the cast with his multiple personalities jumping off the screen and I really hope he gets recognition at this year’s Oscars as I haven’t seen anyone else give anywhere near as an amazing performance recently as he does in this movie. He has a knack for making it look easy but his transformation from the likes of Hedwig, to Patricia to the Beast is a feat to behold. Once minute he can be hilariously funny, then creepy, then terrifying and then back to being quiet again in the blink of an eye.

Samuel L. Jackson is as entertaining as always as Mr. Glass who is conniving and manipulative but you never really hate him as there is a side of him that is encouraging others to find their true potential and discover their inner greatness.

Bruce Willis shows signs of his old personality for about 45 seconds of this movie but he unfortunately is still in sad mode and is rather underutilized. David Dunn just isn’t all that fascinating a character and I couldn’t help feeling that what could have been a rather epic tale turns out to be merely… fine. If I were to describe Glass in one word it would be “unremarkable”. The cast do the best with what they have but this is McAvoy’s show so everyone else is really sitting on the sidelines while he does his thing.

There is no point during this movie which will have you thinking “wow, this is amazing!” It’s merely diverting fare with some interesting points about the modern comic book obsessed culture and some entertaining if unspectacular set-pieces. You can’t help feeling you’re waiting for something exciting to happen but it never really does; there are of course a few twists as this is Shyamalan after all but nothing show-stopping.

Overall, Glass is worth checking out for James McAvoy stealing every scene and a fun climactic fight sequence but Bruce Willis once again sleepwalks through his role so you never care about him in any way. I think it will take a few viewings on home video for it to build up the same cult following as Unbreakable and find its place in the world but I’ll be intrigued to see this movie’s box office.