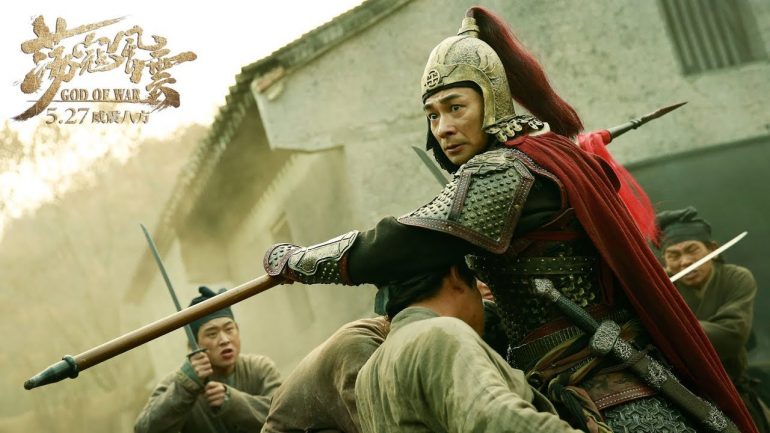 God of War has some spectacular action scenes and intriguing military tactics from the time with some great performances from the cast; it’s just a shame that Sammo Hung was under used.

Plot: During the 16th century, Japanese pirates proliferate along the Chinese coastline. In 1557, the pirates take over Cengang in Zhejiang. After months of futile advances, Commander Yu (Sammo Hung) finally defeats them under the leadership of newly promoted General Qi (Vincent Zhao). The Pirates, however, manage to escape.

Review: God of War was one of my in-flight movie choices the other day; I had been wanting to watch it for a while as the trailers promised some blistering action scenes featuring martial arts legend Sammo Hung. The film did indeed feature some spectacular battle sequences and in that respect it didn’t disappoint; what bothered me was that Sammo was only in the movie for about 10 minutes. The rest of the movie features the various machinations of Chinese and Japanese armies as they try to outwit each other in battle which is all well and good but the false marketing was disappointing.

There are some entertaining moments where military tactics are discussed which keeps you on the edge of your seat as you have no idea how it will all play out. As expected the action scenes are some of the best of the year with a real sense of scale where even though I watched it on a tiny screen on the plane I was still engrossed until the end credits.

I did find it went on a little too long as I’m really not that bright an individual and like my movies under 2 hours but despite the length I was never bored.

The performances were all first rate with standout roles from Wenzhuo Zhao as General Qi Jiguang and Keisuke Koide as Lord Yamagawa. I liked how there weren’t any heroes and villains, just men trying to survive so you could see both sides.

The costume and set design were amazing and a lot of work clearly went into the film looking as authentic as possible.

The music wasn’t the greatest but I barely remember anything about it so it wasn’t a big deal.

God of War has some spectacular action scenes and intriguing military tactics from the time with some great performances from the cast; it’s just a shame that Sammo Hung was under used.