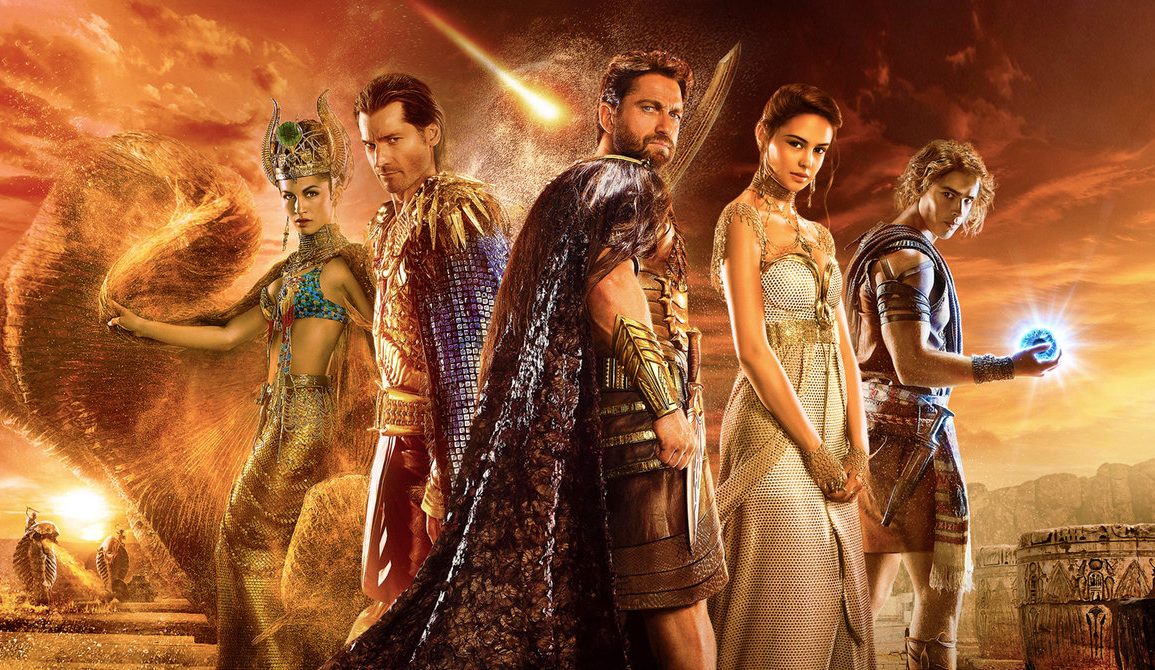 Gods of Egypt is exactly what I thought it would be; an old-fashioned B movie with some ambitious and imaginative ideas but it’s let down by poor visual effects and dull acting.

Plot: The survival of mankind hangs in the balance when Set (Gerard Butler), the merciless god of darkness, usurps Egypt’s throne and plunges the prosperous empire into chaos and conflict. Hoping to save the world and rescue his true love, a defiant mortal named Bek (Brenton Thwaites) forms an unlikely alliance with the powerful god Horus (Nikolaj Coster-Waldau). Their battle against Set and his henchmen takes them into the afterlife and across the heavens for an epic confrontation.

Review: Someone pass the nachos because here’s the cheese! I finally got to see this last night after bribing some friends to watch it with me; we went in with open minds expecting a B movie and that’s exactly what we got. Gods of Egypt reminded me of The Mummy series, Jason and the Argonauts and old fashioned adventure movies so I think I was more positively disposed towards it than everyone else.

I actually quite enjoyed it for what it was and I admire the imagination and ambition behind some of the sequences that could have been spectacular if the effects didn’t let it down. There were a few moments which were nicely done, especially the scenes with Ra; they were unlike anything else I’ve seen before so that definitely deserves a tip of the hat. There were also some cool monsters and plenty of action; I thought when they Gods transformed into the armoured… things that was pretty wicked and once again something a little different.

Aside from the ropey effects the script and wooden acting do let it down too; I wasn’t a big fan of Bek (Brenton Thwaites) who was just a bit of a ponce really. I didn’t care about him saving his girl and Horus (Nikolaj Coster-Waldau) looked quite bored throughout it too. Gerard Butler shouted his way through it as expected and was a fun villain; he just chewed the scenery and enjoyed himself.

It goes on for too long and maybe could have cut a few minutes here and there because I REALLY needed the bathroom by the end, but you can’t blame me. Our cinema has a choice of like a thousand different types of beverages; how am I supposed to not try them? FYI I had Cherry/Vanilla Coke!

Anyway, the dialogue is wooden but if you go back and watch some older movies like this, they were never trying to go for Oscars.

I liked the music score which was similar to Jerry Goldsmith’s work on The Mummy which is fine by me; epic choirs and nice percussion make it a score I will likely pick up.

Overall, Gods of Egypt is exactly what I thought it would be; an old-fashioned B movie with some ambitious and imaginative ideas but it’s let down by poor visual effects and dull acting. Would I watch it again? Oh I’ll be buying it on Blu-ray and watching it on rainy Saturday afternoons… as it should be. Sue me!